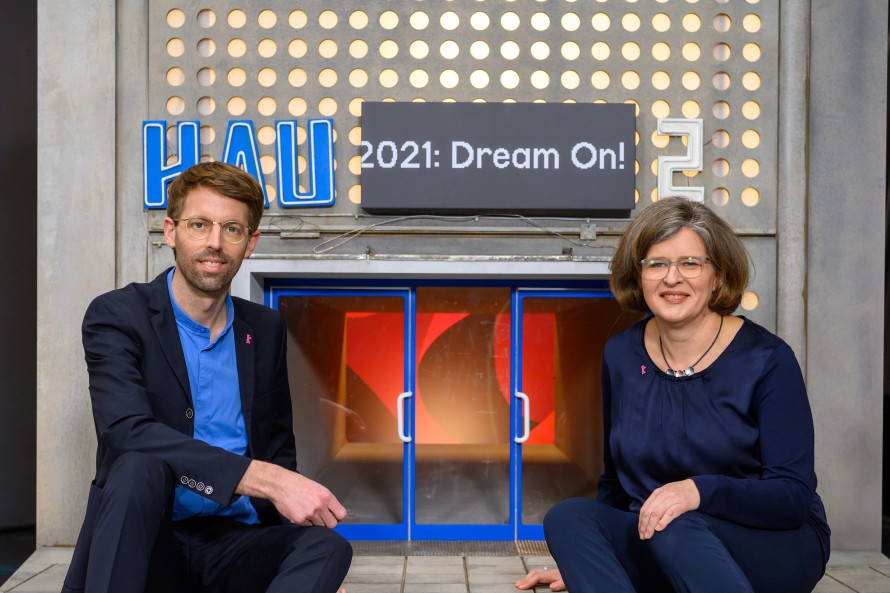 Florian Weghorn and Christine Tröstrum in the HAU Hebbel am Ufer

2021 is seeing a Berlinale like never before. Berlinale Talents broke new ground in the Industry Event with a largely digital edition. What did the preparations for this look like?

Christine Tröstrum: From the summer of 2020 on, we realised that we would have to keep adjusting our plans and prepare for several different scenarios. Our guiding principle was to unequivocally provide equal and collaborative access for the talents from 65 countries. From the autumn onwards, the pandemic meant that we would only have been able to do that for our European participants; and then, shortly after that, not even for the Berliners. For this reason alone, it became clear that we would have to go down the digital route.

You could also have said: the challenge is simply too big and we have to cancel. This has happened to other festivals and cultural institutions. Why was that never up for debate with you?

Florian Weghorn: Simply waiting for the pandemic to pass was not an option. The Berlinale team is convinced that Berlinale Talents has an empowering effect by bringing many people together and inspiring them. What could be more important at a time like this?

CT: We see ourselves as the talents’ companions and, even in the current situation, we continue to walk the same path with them. At the same time, it’s important to acknowledge the huge and ceaseless amount of support we’ve received from our main sponsors and co-partners, especially from the Federal Government Commissioner for Culture and the Media, Prof. Monika Grütters. It’s tremendously encouraging to receive so much goodwill and trust in our work. 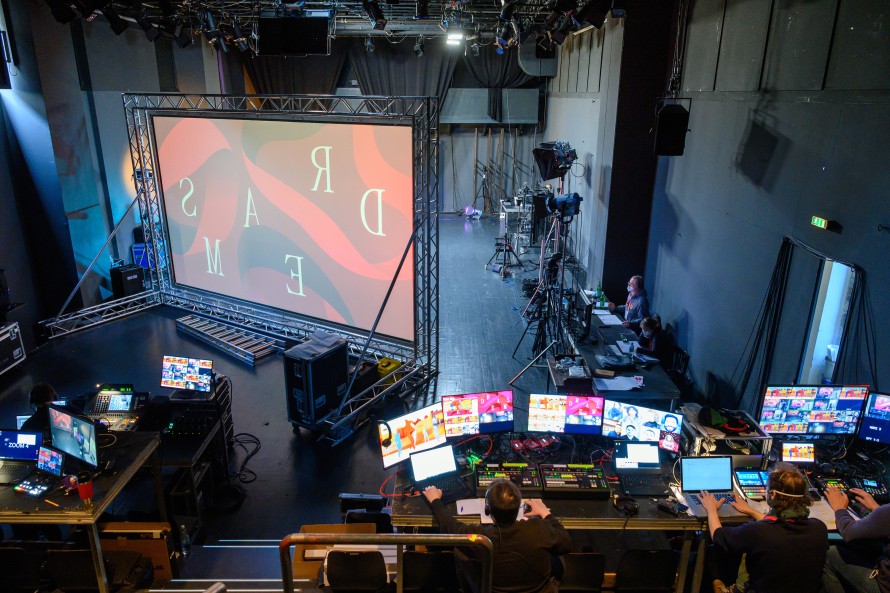 How did the talents you invited react when you told them about this year’s concept?

CT: At first, we actually wondered whether the talents would accept the invitation. Ultimately, however, only six invitees turned us down – and that was only because they were working on other things at the time.

FW: During and after the standstill, it became clear that there was a great desire to finally return to creative work. The world doesn’t actually revolve just around the pandemic. There are other issues that want and need to be aired. For example, we’ve never before had a year in which talents have so explicitly complained about censorship and self-censorship. And across national borders – from Brazil through Hungary to Southeast Asia. It was obvious that we had to react to this: the programme provided space for the talents to talk about their own experiences and to work on solutions.

You chose “Dreams” as your topic this year. How did you conceive of it?

FW: Everyone should be able to start with the topics that move them, things that are inside them or that are still to be discovered in the unconscious. You can only dream about what is inside yourself. But what arises from it and where it takes you in space and time is open. The possibilities are endless. We found this very convincing as a basis for a vision laboratory in a time of the pandemic.

CT: The question of which dreams we associate with cinema was also an important starting point. The notion of the cinema as a meeting place is deeply ingrained in our entire film community, and we were determined to keep on dreaming this dream in our “virtual edition”. 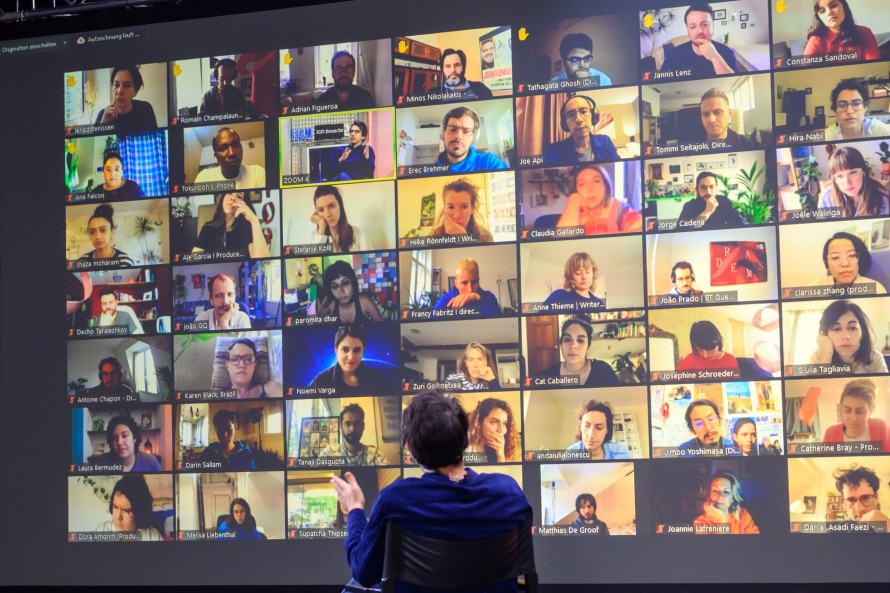 In Conversation with the talents: "Dreaming of Nothing: Apichatpong Weerasethakul"

The term “dream factory” refers to the old role of cinema. But what can be read from the applications by this year’s participants about what they consider the role of cinema to be now, and in the future?

FW: The image of the cinema as a room with a hundred red-plush seats has received a few more blows, not only as a result of the pandemic, though naturally it contributed to this. But what we understand in the context of the Berlinale as cinema culture – a magical interplay of community, event and discourse – continues to have a great appeal. For the first time this year, we invited a group of up-and-coming curators as talents. And strangely, or encouragingly, they are continually establishing cinema formats – in Mexico, in Indonesia and Spain: a traveling cinema here, a cinematheque or queer cinema group there. Cinema culture is very much alive and kicking in those areas. And from this, Christine and I are convinced that “cinema” persists as an idea that can be constantly invented – or, if you will, dreamed up – in new places.

Nevertheless, the cinema is facing huge challenges. Where do you position Berlinale Talents: among the optimists or the pessimists?

CT: From our mediating position, we’re primarily the taxonomists who first observe changes, gauge tendencies and then encourage people to speak out or take creative action. In the applications, we encountered both irrepressible enthusiasm and genuine doubts about the future prospects of the film industry.

FW: The talents come to us at a very interesting point in their careers: after the first five to ten years they notice that their store of enthusiasm is slightly depleted and a reality check is pending. In this situation, important questions are often of a very practical, economic nature, but also about how and with whom they can move into the next artistic phase. And that’s exactly where we step in: happy to give an extra shot of encouragement, but without promising everything under the sun – you could perhaps call it everyday optimism – or questioning things, but only in order to move forward. 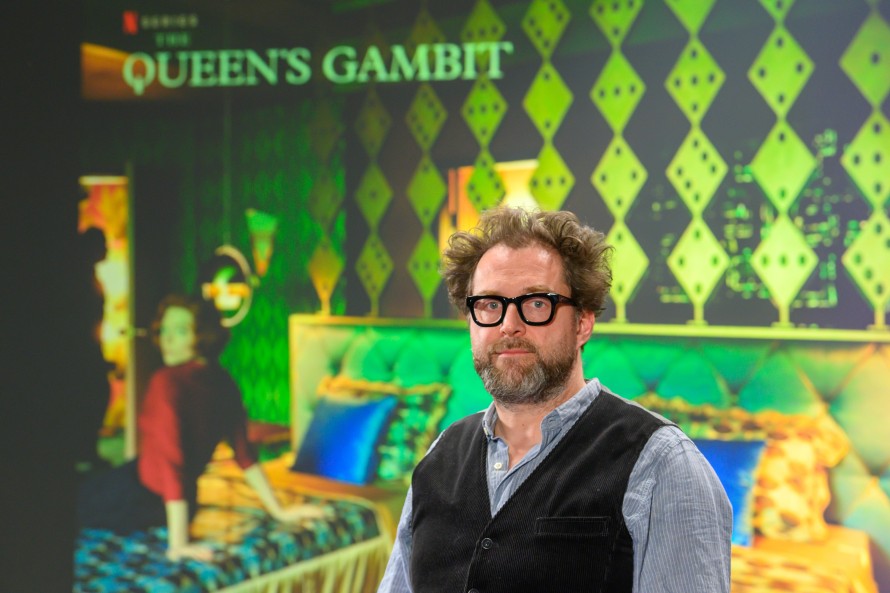 Uli Hanisch at “Dream On“

Let’s take a quick look at the past few days. This year, you were able to secure production designer Uli Hanisch to design the set for your event. How did this come about?

FW: We cultivate a close network of experts who have accompanied us over the years with great dedication and pleasure. Uli Hanisch is one of them. For our festival home, HAU Hebbel am Ufer, we didn’t want a slick digital studio. The idea of a play about a film set immediately caught Uli’s imagination. What fascinates us about his work for Babylon Berlin or The Queen’s Gambit, for example, is that Uli creates the perfect illusion, but he also always celebrates the real place. No fake, it’s Berlin. We didn’t want people to forget that, in 2021, we were organising a virtual format, building a studio, laying cables and setting in motion an army of people to do it. Uli’s designs always reveal more of that reality than hiding it. It’s of course not comparable in terms of budget and scale, but it was a little like The Queen’s Gambit: now let’s create Mexico in the Friedrichstadtpalast!

CT: The centre of our stage replicated the entrance to HAU2 which bears an illuminated sign reading “There is no time for this” by Tim Etchells and the Forced Entertainment theatre company. Berliners know this from passing the building: the “no” is constantly switching on and off. And this alternation between procrastination and the hectoring – “There is (no) time for this” – is symbolic of our time! That’s why we brought it onto the stage of HAU3 in a miniature format, and onto the screens of the audience and the talents.

Once again this year, you had a first-class programme that was also accessible to the general public. Who were you particularly excited about?

CT: The week was marked by a series of discussions entitled “Dream On” to which we invited a wide variety of visionaries from the film industry to carry on dreaming: for example, the director Ava DuVernay, Iranian filmmaker Mohammad Rasoulof, cinematographer Kirsten Johnson and Celine Sciamma, who was presenting her new film Petite Maman in the Berlinale Competition. The talents and the audience were able to interact directly with the guests – this also worked digitally. And we were able to fulfil a dream we’d been working on a long time: after we had organised a week of “Talents Tokyo” with him in the past, we were finally able to welcome Apichatpong Weerasethakul this year as our guest at Berlinale Talents. It was perfect!

FW: If you then add the publically accessible Sound Journey, which was composed especially for us, and the talents’ vocal protest against censorship, our goal for the programme has been fulfilled: to recognise talents from all the disciplines, to celebrate filmmakers whose work is in the festival programme and, above all, to give something to the audience, for whom the Berlinale is an important place for encountering and interacting with the film world. With all this in mind, we can hardly wait for the second part of the festival which will finally feature the films themselves. 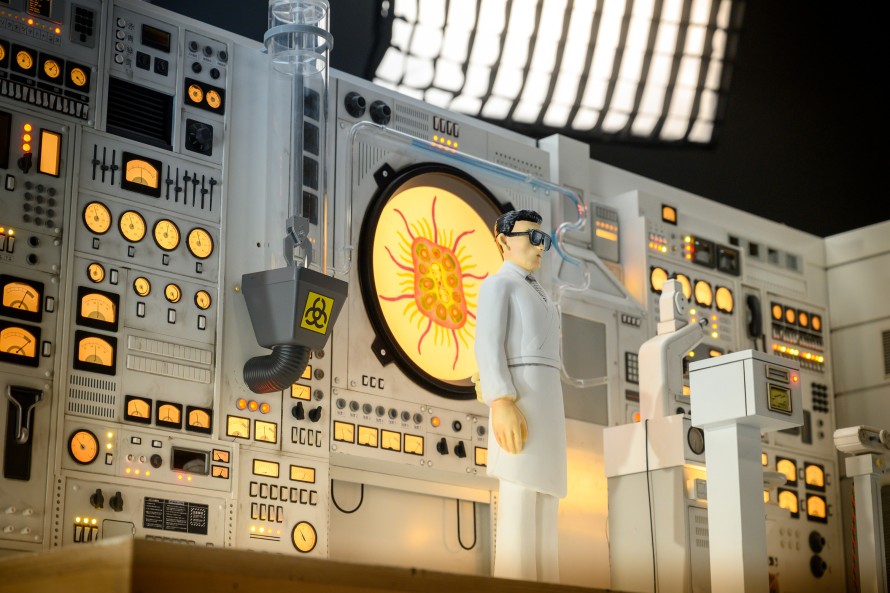 „What a Small World: Animation in Miniature“

There was another wonderful innovation this year: the Berlinale Talents podcast.

CT: Yes, we’re delighted that, in cooperation with the Goethe-Institut, we have even been able to launch two podcasts, one for the European Film Market with a focus on trends in the industry and our own with a social perspective on cinema: “Berlinale’s House of Talents”. There will initially be one episode every month until the autumn and hopefully it can continue after that. The title refers to the vast community – of almost 9,000 alumni – which has become a firm part of the festival family.

After the festival is before the festival. Which findings for the future have you been able to gather from this special edition?

CT: For several years now, we’ve been increasingly turning to the talents and alumni to learn from and with them – about social changes and new trends, but also specifically about a fairer understanding of roles, collaborative work practices and fair pay. We collated some of this hive knowledge in several workshops during the festival and it will soon be further discussed publically in the form of a series of “Dream Reports”.

FW: In a way, this edition has taught us that we can depend on our crowd and that their collective potential is far from being exhausted. That’s an incentive for us to further develop Berlinale Talents with our festival colleagues and to build upon the solid foundation with our partners. We’ve still got a few more dreams to bring to fruition!

All 2021 talks, panels and workshops on demand