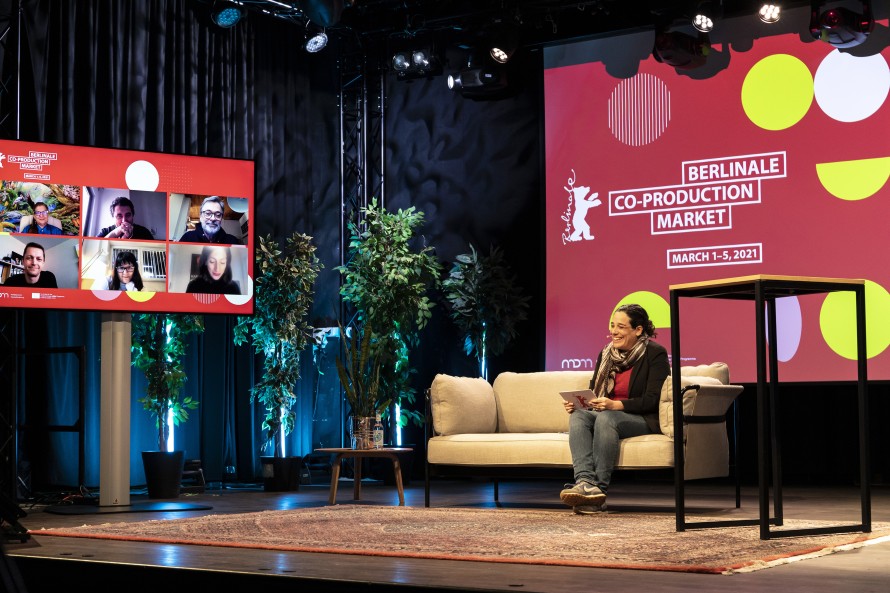 At the 2021 Berlinale Co-Production Market, 1,363 pre-scheduled individual meetings with interested co-producers and financiers took place for the selected fiction film and series projects - this time online due to the current pandemic situation. The proven meeting concept was also successfully implemented in digital form.

“Our idea to create as many live moments and encounters as possible in between meetings in the online version fortunately worked out very well. Once again, we saw that great new projects continue to ignite the enthusiasm of potential co-producers and financiers. The Golden Bear for Radu Jude’s film, which was here as a project only last year and was able to be completed as a co-production despite the pandemic, is clear evidence and an incentive for producers finding means and ways to carry out their projects, even during a difficult time. We’re confident that numerous new co-productions were once again initiated at the Berlinale Co-Production Market, and we look forward to the films to come”, comments Martina Bleis, head of the Berlinale Co-Production Market.

Three eminent monetary awards were presented on March 3 to new projects by the directors Marcelo Martinessi (2018 Silver Bear for The Heiresses), Annemarie Jacir and Isabel Sandoval.

The “Country Sessions” in which selected countries presented their co-production support schemes, were also well received by the participants. Up to 120 of them also did some fun, fast networking with new contacts during the “Speed Matchings”, spontaneously organised and random individual meetings.

The “Visitors Programme” for young producers also saw a record number of 125 participants from 22 institutions in 27 countries.

The Berlinale Co-Production Market is supported by the Creative Europe - MEDIA Programme of the European Union and by MDM - Mitteldeutsche Medienförderung.