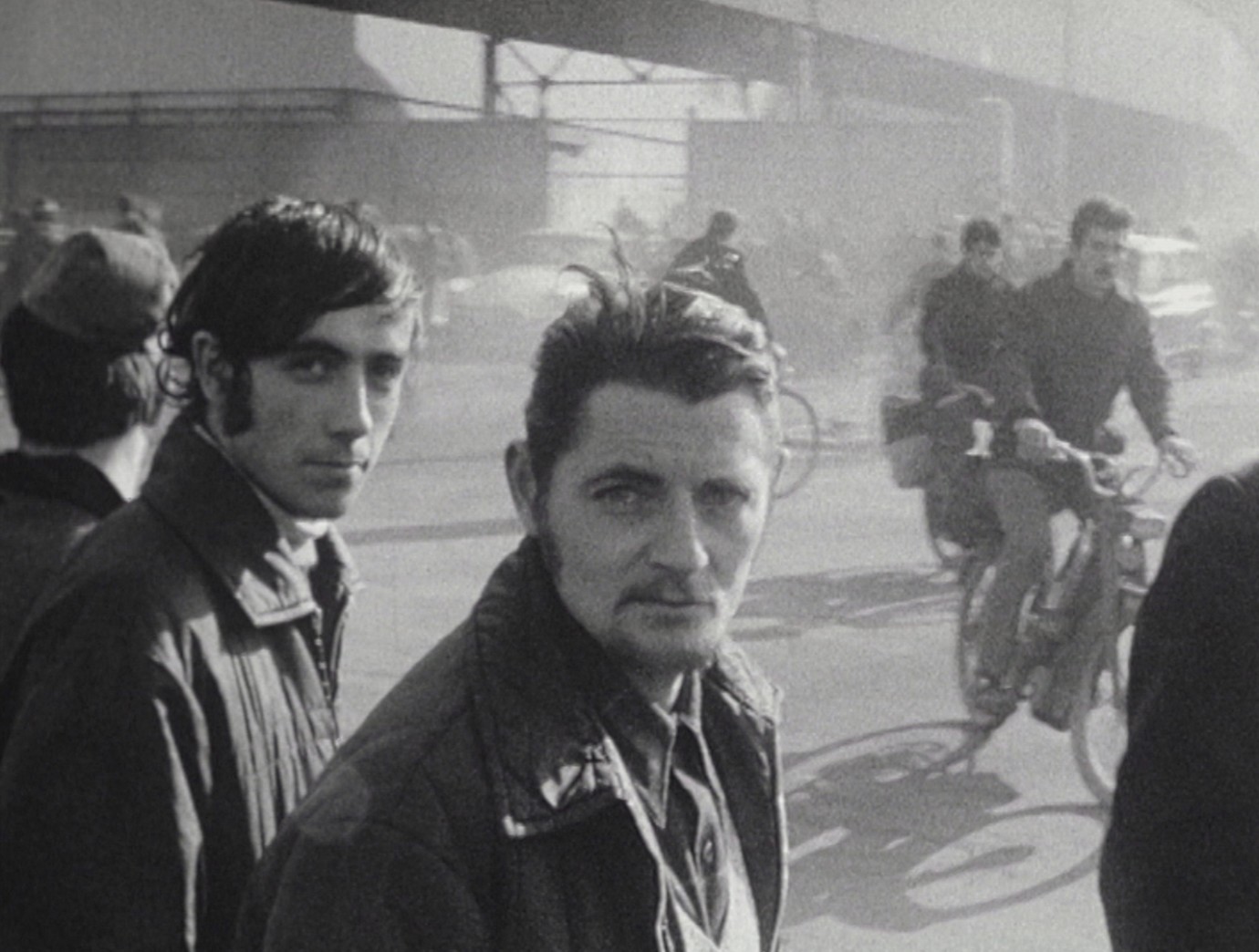 © ISKRA
As the “Medvedkin Group”, a group of workers from Sochaux shot films about their daily lives at work and labour struggles with the support of filmmakers (including Chris Marker). Sochaux, 11 juin 68 is about a militant strike in the Peugeot factory that led to several deaths. But it wasn’t just documentary techniques that were used; Les trois-quarts de la vie also stages the recruitment of workers and daily life in the Peugeot factory with obvious satirical undertones.
by Groupe Medvedkine Sochaux France 1971 French 18’ Documentary form