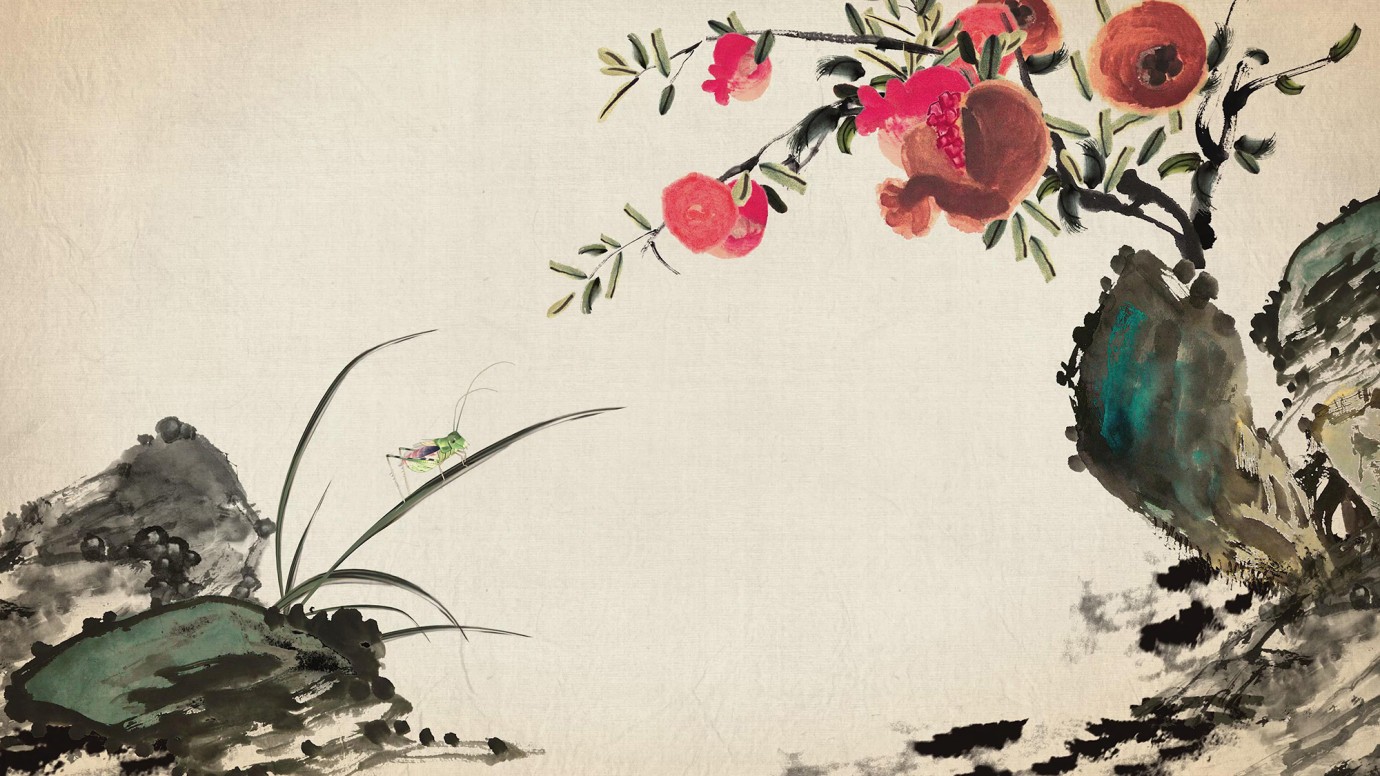 © Beijing Film Academy
Juicy pomegranates dangle from a tree branch, beyond the green grasshopper’s reach. Going after them would be a risky move for the tiny creature stalked by a praying mantis, gluttonous locusts and a hungry rooster. Luckily, life is full of surprises – like this charming film, which brings Chinese watercolour painting to life with the aid of digital animation. Set to the tones of traditional wind and string instruments, an enchanting world emerges.
by Sun Lijun People’s Republic of China 2020 Without language 5’ Colour empfohlen ab 5 Jahren 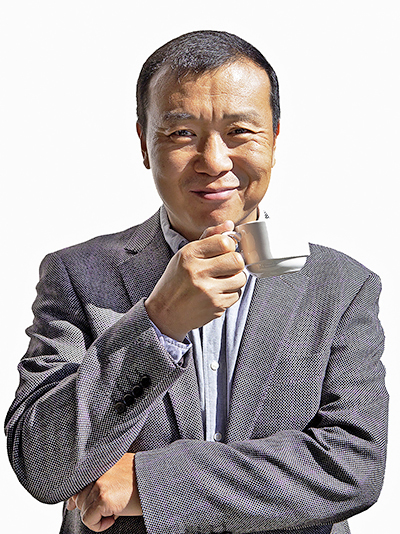 The Chinese animation professor and director has won prestigious awards in his homeland for his animation films, including at the China Huabiao Film Awards and the Golden Rooster Awards. He teaches at the Beijing Film Academy.