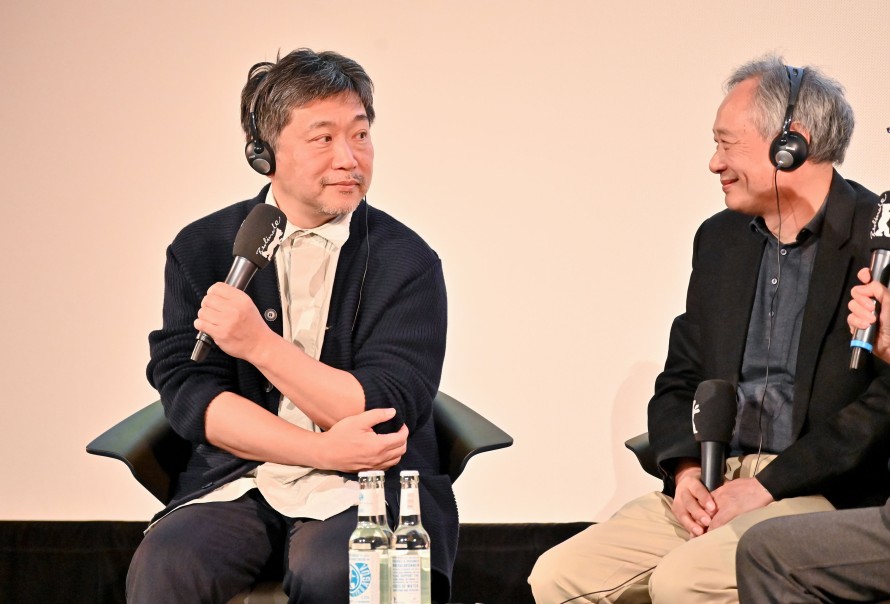 Hirokazu Kore-eda and Ang Lee: the two directors during their panel discussion

On May 29, We Are One: A Global Film Festival will start. In order to display solidarity in the midst of the corona crisis, and with the aim of initiating a fundraiser for the WHO as well as for local organisations, numerous film festivals will participate.

The online festival was initiated by Tribeca Enterprises and YouTube, and it will present films, recordings of panel discussions, master classes and presentations for free from May 29 to June 7, 2020. 21 film festivals worldwide will take part. Please find the programme and further information here:
www.weareoneglobalfestival.com
www.youtube.com/WeAreOne

Find the We Are One press release here.

“Cinema is not only a collective work, but also a shared experience. In these times of social distancing, the spirit of cooperation and a sense of community are needed more than ever before. Therefore, we are happy to participate in the ‚We Are One‘ initiative. We wish all those wonderful artists that their audiences will be able to see their work on the big screen soon again“, says the Berlinale director duo Mariette Rissenbeek and Carlo Chatrian.

The Berlin International Film Festival participates in We Are One with a nearly four-hour programme consisting of two panel discussions and a film.

Two recordings from the special programme “On Transmission”, which was created for the 70th Berlinale, will be presented. The focus of “On Transmission” is the exchange between two directors who discuss film art. Sharing stories, experiences and knowledge: Every great film that has influenced the history of cinema takes something from the past, processes it and presents it in a new way to the next generation.

Following their first presentation online, the “On Transmission”-dialogues will be available until June 7.

Of the extensive repertoire of filmmaker and artist Ulrike Ottinger, the Berlinale will present Bildnis einer Trinkerin (Ticket of No Return, Germany 1979, 107 min.).

Ulrike Ottinger has been one of the most important German filmmakers since the 1970s. In addition to the Berlinale, her films have been shown at numerous international festivals and have received many awards, including at the Cinémathèque française in Paris and the Museum of Modern Art in New York. Her artistic achievements encompass the realms of film, opera and theatre directing as well as painting and photography. At the 70th Berlinale, Ottinger was awarded the Berlinale Camera.

Bildnis einer Trinkerin (Ticket of No Return)
The psychogram of two unusual but also extremely different women. The one is something of a Barefoot Contessa, the other is more reminiscent of Nights of the Cabiria. On the one hand, a woman who is rich and eccentric, hiding her feelings rigidly, as if wearing a mask, and deliberately drinking herself to death. It is the case that does not appear in the statistics because it is either shrouded by Valium at home or kept under lock and key in a private clinic. The other is a woman who is poor and subconsciously drinks herself to death. (U. Ottinger)