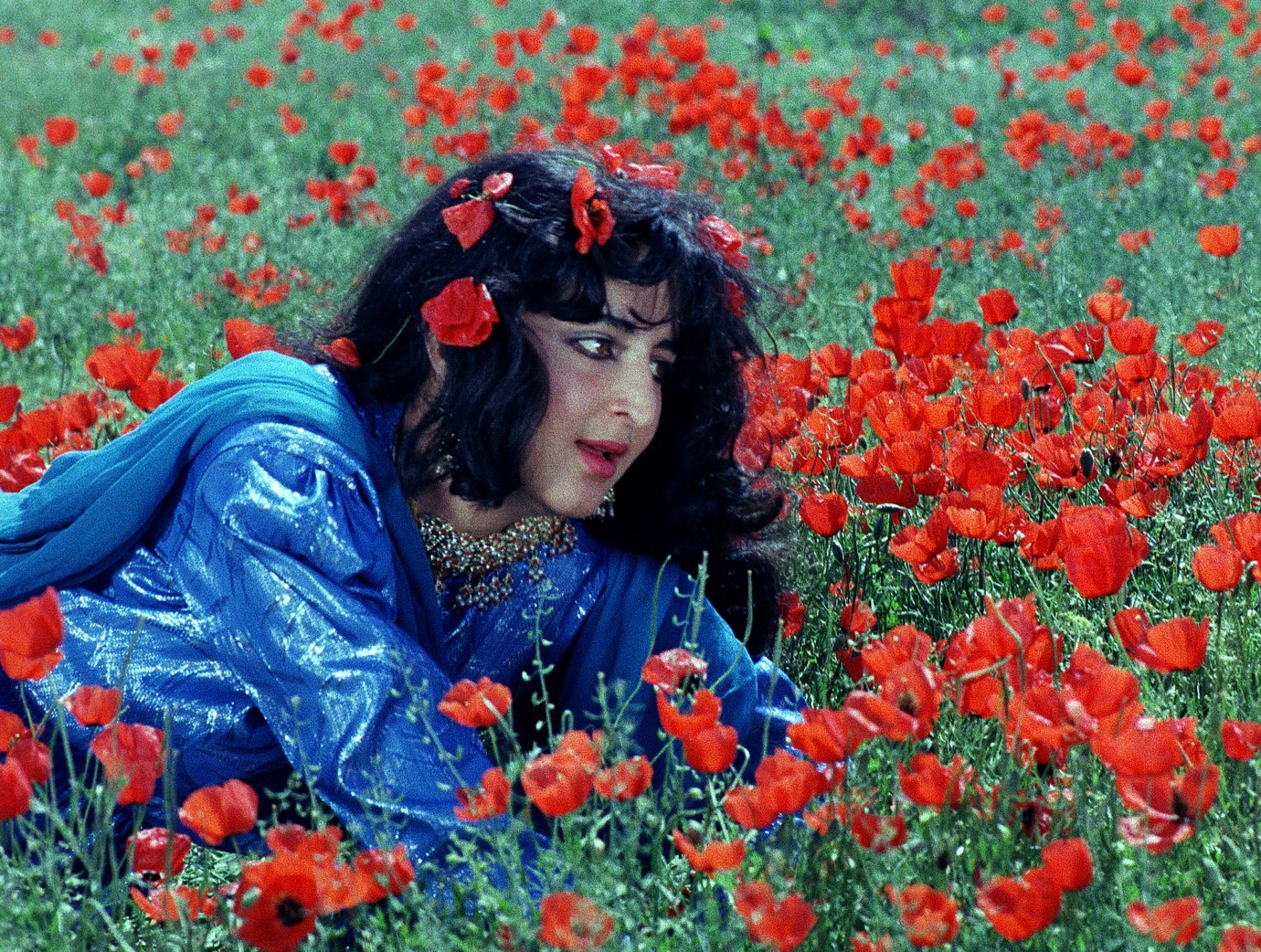 Courtesy of Afghan Films and the National Archive of Afghanistan
Hamas-e eshq is a historical epic that follows a family feud spanning two-generations that is played out on the buzkashi field and two young lovers who defy their families' expectations and pay a tragic price. Nemat Arash plays Sharif and Sabera Arash plays Mazari, an Afghan Romeo and Juliet who try to flee, but ultimately get caught up in the rivalry between the buzkashi dynasties represented by their fathers (Asadullah Aram and Qader Faroukh). Yasamin Yarmal plays Pari, the best friend of the reckless Mazari, and famously sings a folk song about the red tulips that bloom briefly every spring in Mazar-e Sharif, where the film was shot (for the reshoots of this scene, the crew had to wait an entire year until the flowers bloomed again). The other characters include a villainous group of bandits led by Rafiq Zarghar. The score makes artful use of tabla solos, rabab, and synthesizers. It is one of the most popular Afghan films of all time, and still aired on television every year at Eid.
by Latif Ahmadi
with Yasamin Yarmal, Sabera Arash, Nemat Arash, Habib Zorghai, Qader Faroukh, Asadullah Aram, Zarghuna Aram, Raziq Zarghar Afghanistan 1989 Dari 166’ Colour 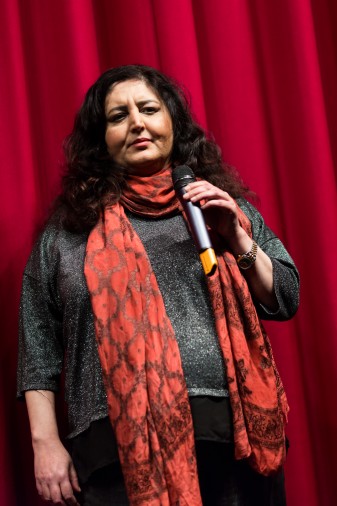 Born in Kabul, Afghanistan in 1950. He studied Engineering. In the early 1970s, together with Toryalai Shafaq and Juwansher Haidary, he founded Ariana Films, Afghanistan’s first private film production company. Latif Ahmadi is one of Afghanistan’s most prolific and well-known filmmakers and served as the head of the national film institute and archive until 2013. He recently produced a series on Afghan film history for Ariana TV.