The Diversity of the Market

In its 30th year, the European Film Market’s success story continues. In this interview, EFM director Matthijs Wouter Knol discusses new technologies and formats, the importance of diversity in the film industry and his hopes for the future. 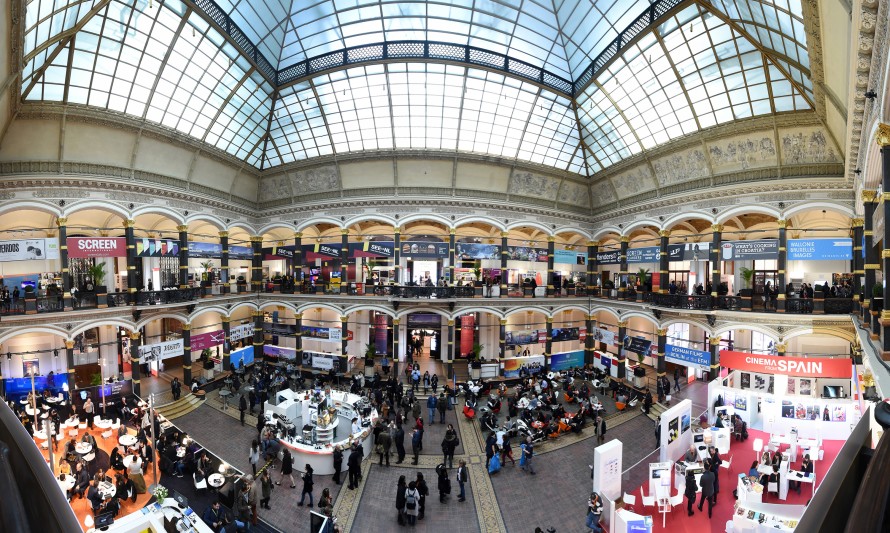 The EFM in the Martin-Gropius-Bau

How important are the Berlinale as a public festival and the Market for each other?

The link to the world’s biggest public film festival is one of the EFM’s USPs. For many of our customers, it is extremely important that their films are shown in both the Market and the festival programme because this way they get a good impression of how the work is being received.

I don’t think so. The significance of new formats has grown, but the EFM remains primarily a film market and the name clearly defines this focus. Cinema films are still the main items being sold.

Other formats have joined them, such as serials. But here it is also important to us that the serials take a cinematic approach and have a complex narrative structure – independent of how they will be distributed. What we are offering always has a relationship to the medium of film – and our customers understand that too.

Has the pressure to innovate and the frequency of innovations changed over the years?

It certainly feels that way. But today, big expectations for the future often quickly turn to disappointment. The issues change from year to year and are hyped more and more quickly because the media landscape has changed. Our attendees increasingly want to know: what does this mean for me personally? For my business? We care a lot about giving our attendees advice and support. It’s not just about booking a stand. In an era when there are many questions and uncertainties, we seek to be a guide and to interpret innovations. The EFM is a platform which matches its products to the requirements of our visitors, for example, when traditional formats are no longer up-to-date and don’t fit with the changing business models. For the industry, the EFM plays an increasingly significant role in finding solutions together. 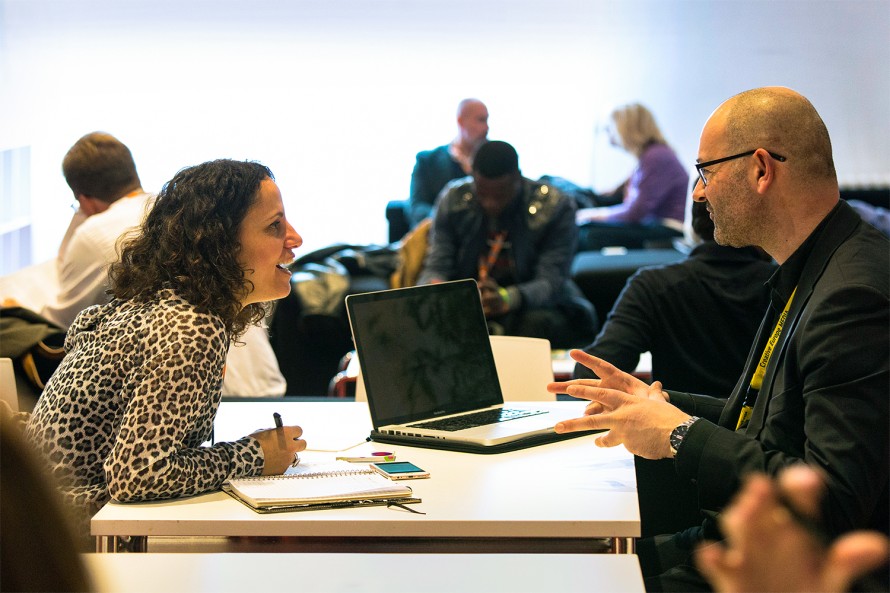 Networking in the "EFM Producers Hub"

A Question of Power

What do today’s market forces look like? Does the film industry still retain its power over the market and the audience?

The answer is no longer unequivocal. On the one hand, a few companies have always had more power than the rest. The American studios continue to use their giant machinery to produce content which is sometimes released in every cinema in the world on the same day. But the big players also need audiences who want to watch their films. Size definitely matters, and having money means being able to invest and to quickly adjust to new developments. But, at the same time, it is also a shortcoming: when you’re big, you’re inflexible.

In addition, the audience’s viewing habits have completely changed. A few years ago people still went to the video rental store; today they are disappointed if they can’t find a series on Netflix or Amazon. Expectations about which content should be immediately available on demand have grown. To younger audiences, it is almost inconceivable to wait for three months before a film comes to the cinema. This has brought new players to the field. And some of them have not even properly got going with producing content yet. Facebook and Google have begun to create their own series and films and they already have access to a huge audience: namely, all the users with an account on their platforms. Those are very impressive numbers. Things are still going to change a huge amount in the coming years and the question of who has the power will also play a decisive role in this – and this question will have to be answered anew every year. This will also define the future role played by the Market. 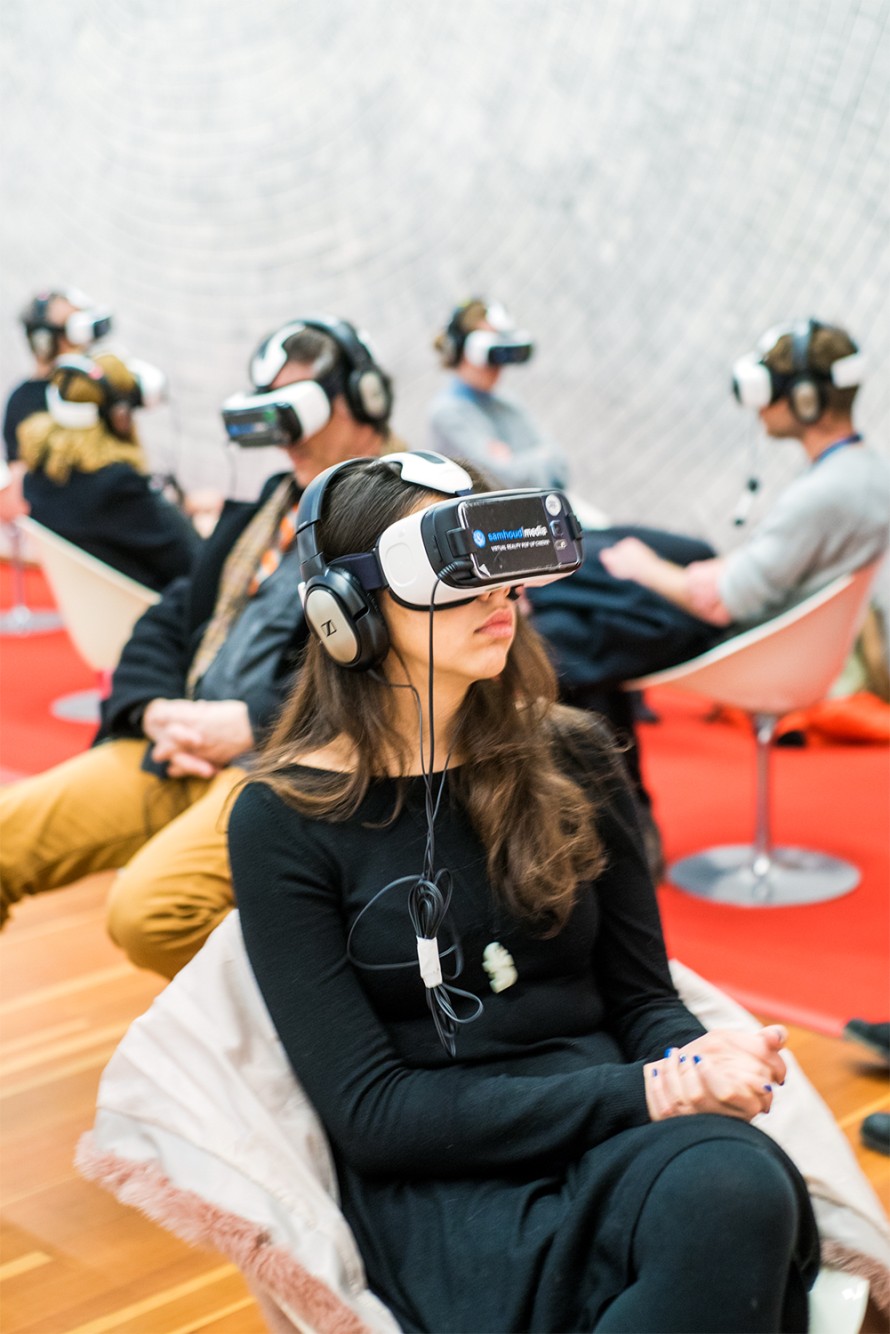 Many of today’s new formats and technologies were culturally rather discredited in the 1980s: something that was true of series as well as computer games. Virtual Reality previously made people feel rather anxious and failed to get established. Why is VR today once again being viewed as the future?

On the one hand, there have been huge technical advances which can raise old formats to a brand new level. And here it’s again a case of the audience having changed. For today’s generation, technical innovation is a part of everyday life, much more than it was in the 1980s. Today, VR is already working very well in the areas of medicine and education. Whether this will also be the case in cinema is another question. It is intriguing to observe which players in the traditional film industry are using VR today and experimenting with developing formats. Because the conclusion is perhaps "Okay, VR hasn’t necessarily worked for everyone but we have developed further, are approaching content in a different way and have designed a new business model."

With the "DocSalon", you have further intensified your commitment to documentary film. How did that come about?

Lots of very exciting things are happening in the fields of documentary at the moment, the industry is vital in a way it hasn’t been for a long time. That’s why the presence of documentary in the EFM has been increased and is particularly appreciated. Content-wise, documentary forms resonate with the new technologies - it’s where I’ve seen the most persuasive use of AR and VR. Documentary film producers operate with smaller budgets, they are more flexible and so can more easily try out new things. During the last five or six years, the presence of documentaries in the market has grown strongly. There are more and more attendees who come to Berlin especially for the "DocSalon". 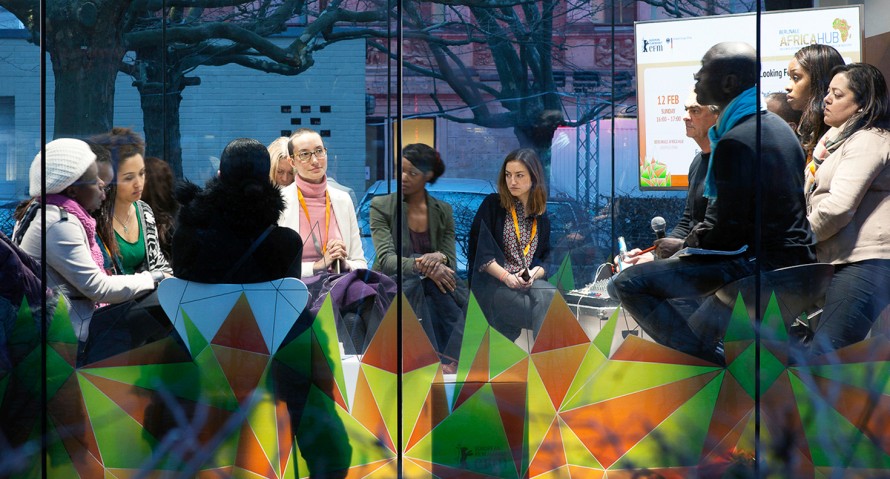 An initiative instigated last year is the "Berlinale Africa Hub". What are your expectations for it?

We chose Africa because we also want to position the EFM as a seismograph for new trends. Some African countries have film and media creatives with an incredible energy, a propensity for innovation and flexibility. Although there is scarcely any infrastructure on par with ours, they are determined to reach audiences. And African audiences – over half the inhabitants of sub-Saharan Africa are under 30 – expect content of an equal quality to what can be seen in the rest of the world.

We often have a particular image of African film in our minds which is shaped by award-winning festival films. These films are certainly interesting but they have also, in parts, led to a highly distorted picture of what is really happening in Africa and what people in African countries actually want to see. In addition, in sub-Saharan Africa a large amount of films and series are increasingly consumed online because the number of African countries with access to the internet is growing exponentially. People prefer to watch content on their mobile phones. In the meantime, lots of people are now getting televisions at home and so SVOD is also on the increase in Africa. Thus, a totally different market is growing and this is something to which we want to draw attention. It is not just about building a traditional cinema infrastructure in Africa and screening European films there. We want to make clear how films are watched, screened and made available in Africa today. What can we learn from this different infrastructure, this market which is developing at such an incredible pace? Perhaps these questions will also provide answers to the challenges that are currently pressing in Europe and North America. We want to learn from Africa, and that is the objective of the "Berlinale Africa Hub". It is a focal point for those who have an internationalist view, who are willing to see the bigger picture and are open to being surprised by a continent that, for a long time, has not been taken seriously. 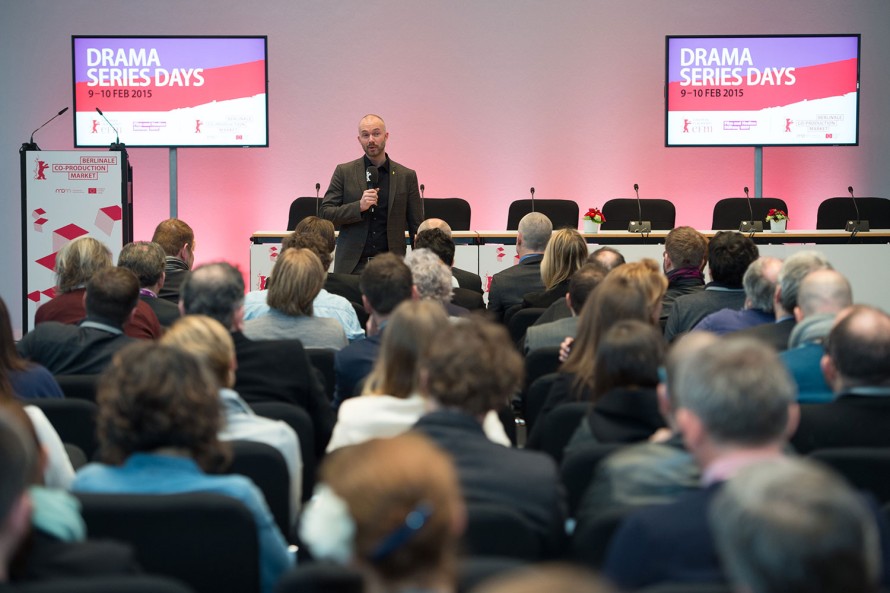 This year a topic which you have placed right at the top of your agenda is diversity.

Yes, it is important to make diversity and variety in the industry visible. When diversity is implemented, it can also achieve economic effects. McKinsey, whose advisors we have been working with for over ten years and who are supporting us in matters of diversity, recently published a study which concludes that companies which employ, for example, more women, more people of different skin colours or more homosexual or lesbian people in their workforce work differently, are closer to a more diverse audience and produce very different content. That is a vitally important point because, in times of change, new ways must be found to reach audiences. When society is changing and becoming more diverse, then having diversity among your employees is a competitive advantage which allows you to better judge who today’s audience actually is, what they are thinking and what they want to see. To allow the old structures to remain as they are will inevitably lead to an estrangement from the audience. For this reason, diversity is an economic factor and that is also the focus of our programme this year. When we in the Market talk about the future of the industry, we are not only speaking about technical innovations but also, above all, about the people who work in this industry and who ultimately are the industry.

Does that mean that a diversification amongst employees has become obligatory in order to survive in an extremely diversified market?

It is definitely desirable. With specialised content you can target very specific niches. When series production started growing a few years ago, it quickly became clear how the stories needed to be told: with diverse, multifaceted characters who are “‘edgier”’ than in films. Less conservative. Their stories develop in weird and unexpected ways and challenge the audience who watch with total captivation and sometimes also shock. For this reason, certain series tended to become more thrilling than some films. And the audience has discovered these stories in films and series in which they recognise themselves and is prepared to pay for them. Audiences have become more critical and no longer accept it, for example, when roles originally intended for Asian characters are played by white actors. Hollywood has known this for a long time. There is an increasing number of Chinese performers in American blockbusters. The industry itself has also changed, whether in its composition or in the way productions are funded, or the fact that minorities are being made more visible – all something which the EFM has also taken into account for some years. 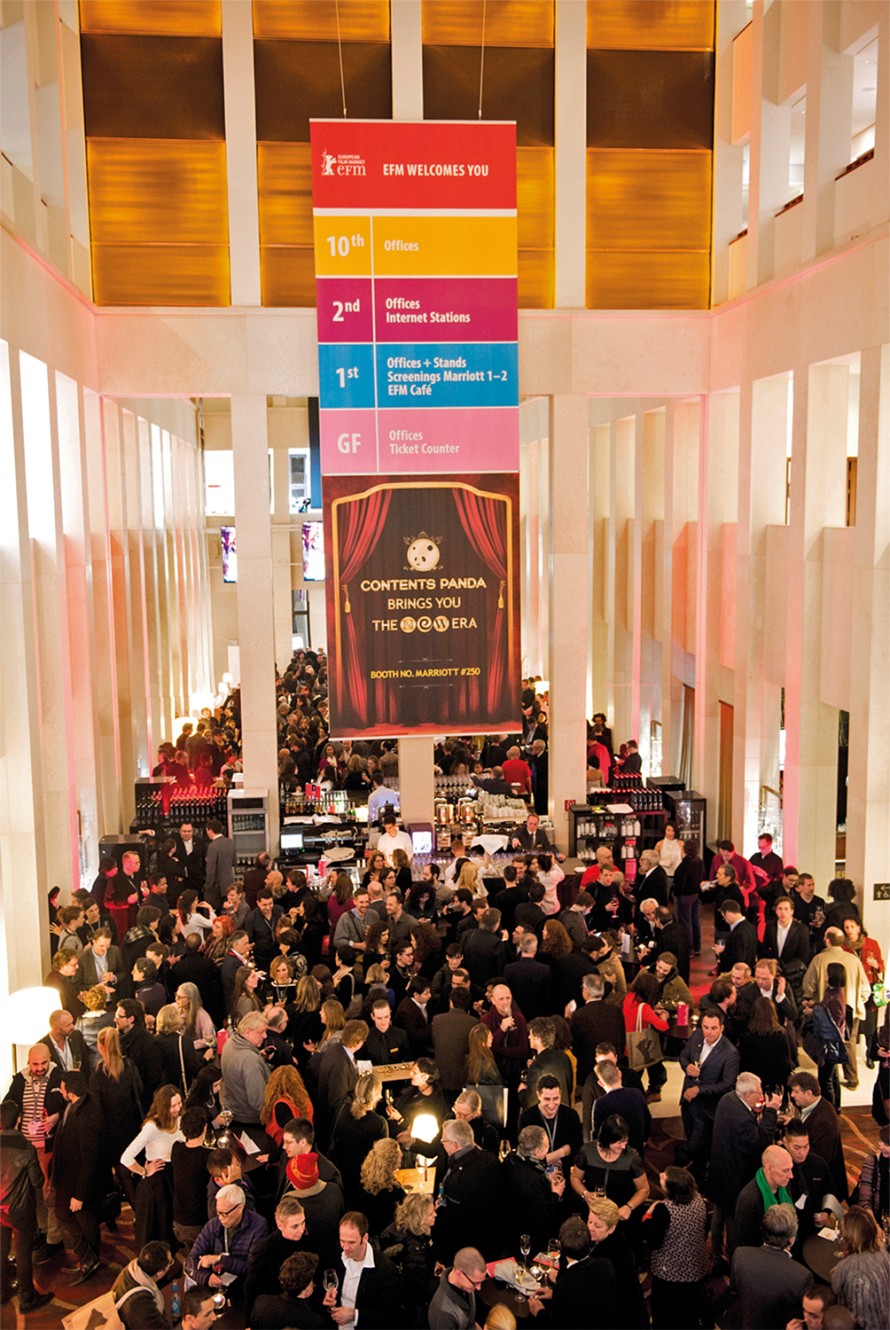 The EFM in the Marriott Hotel

The EFM is a success story. Are there nevertheless things that you still intend to change?

What the EFM has managed to achieve over the years is an ever-closer link to the festival, also in terms of the programme. In addition, the collaboration with the other industry platforms – the Co-Production Market, the World Cinema Fund and Berlinale Talents – has been strengthened. What could be further developed is the presence of niche markets – for example via the “DocSalon” and the “EFM Producers Hub”, our producers’ platform we have established together with ACE and the Berlinale Co-Production Market. The EFM should offer more of an umbrella under which the various groups can develop closely-knit networks while, at the same time, giving everyone the opportunity to concentrate on their own particular requirements. With the founding of "EFM Horizon" last year we have finally managed to bring together under one roof all the spoken word events which have always been an important part of the Market. We want to give industry attendees the chance to learn, to discover and to exchange ideas. In the future our visitors should be able to glean even more industry knowledge. This networking and pooling of knowledge is something that we can clearly improve in the years to come.