Shut Up and Play the Piano

© Rapid Eye Movies / Gentle Threat
‘One of these days I will shut up and play the piano’ is how the chorus goes in the song which provides the title of this cinematic portrait of eclectic musician Chilly Gonzales. In fact, after making a name for himself as a brazen electro-rapper, this Canadian, whose real name is Jason Charles Beck, really did reinvent himself as a creator of quiet sounds on the piano. In 2003, this self-styled maverick loudly declared himself president of Berlin’s underground music scene, only to conquer bourgeois concert halls shortly afterwards with his tranquil album, ‘Solo Piano’. An extended conversation between him and writer Sibylle Berg is the thread that runs through the film. No holds are barred as they get down to the business of question and answer, and each of them gives as good as they get. In his directing debut, Philipp Jedicke displays a lightness of touch as he blends archive material with playfully dramatised scenes and interviews with the musician’s contemporaries such as Peaches, Leslie Feist and Jarvis Cocker. Rounded off by Gonzales’ energetic performances, the film allows us to discover a hard-working entertainer who never fails to surprise.
by Philipp Jedicke
with Chilly Gonzales, Peaches, Leslie Feist, Sibylle Berg, Jarvis Cocker, Kaiser Quartett, Joe Flory, Adam Traynor, Paul PM aka Mr. Maloke (Puppetmastaz), Raik Hölzel, Raz Ohara, Renaud Letang, Kleber Valim, Lena Buhl, Cornelius Meister Germany / United Kingdom 2018 English, French, German 82’ Colour Documentary form 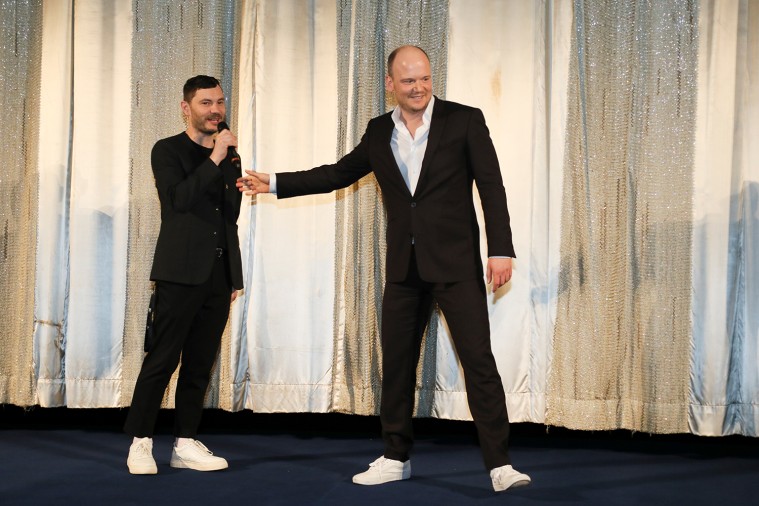 Born in Kehl, Germany in 1977, he has lived in Canada and France and is currently based in Cologne. He works as a freelance journalist and post-production manager for various television stations, film production companies, newspapers, magazines and websites. Focusing mainly on music and culture, his work has featured on TV channels including WDR, ARTE, Deutsche Welle, SWR as well as in the Süddeutsche Zeitung German newspaper. Shut Up and Play the Piano is his directing debut.