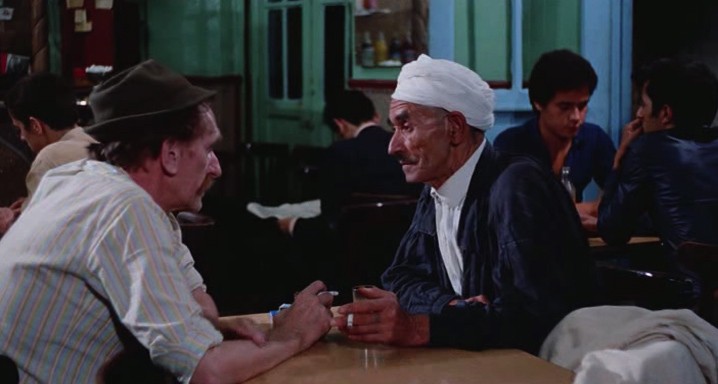 Blending documentary with fiction, Mohamed Zinet’s unique film Tahia ya Didou is an exquisite appropriation of a commission by the city of Algiers that doesn’t vacuously promote tourism but rather creates a poetic, acerbic and rapturous portrait of the director’s native city. The camera travels freely, through the port, market, streets and cafés, capturing everyday people, some of whom recur frequently enough to seem like protagonists. The nominal plotline follows a French tourist couple’s leisurely visit to the city, the man having previously served in the army during the Algerian war. As they walk around, his comments betray his mindset’s racist colonial prejudices, while his wife reiterates asinine clichés. Their unhurried wandering is interrupted when he comes across a blind man and realises that he tortured him during his army service. The film is punctuated with punchy sequences that show a poet named Momo delivering verse as an elegy for Algiers.
Upon seeing Zinet’s work, the commissioning authorities detested it and the film was shelved. In subsequent years, it was screened often at the Cinémathèque d'Alger and became a cult film.
by Mohamed Zinet
with Himoud Brahimi, Mohamed Zinet, Georges Arnaud, André Moreau, Suzie Naceur, N. Drais Algeria 1971 Arabic 81’ Colour 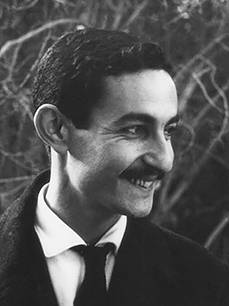 Born in Algiers, Algeria in 1932. He was the assistant director to Ennio Lorenzini on Les Main libres (1964) and to Gillo Pontercorvo on La battaglia di Algeri / The Battle of Algiers (1966). Aside from working as an actor, he directed one film of his own, 1971’s Tahia ya Didou. The mayor of Algiers, who bore the production costs of the commissioned work, disapproved of the film, so it never went on general release. Today, it’s considered one of the masterpieces of Arab cinema. Mohamed Zinet died in 1995.