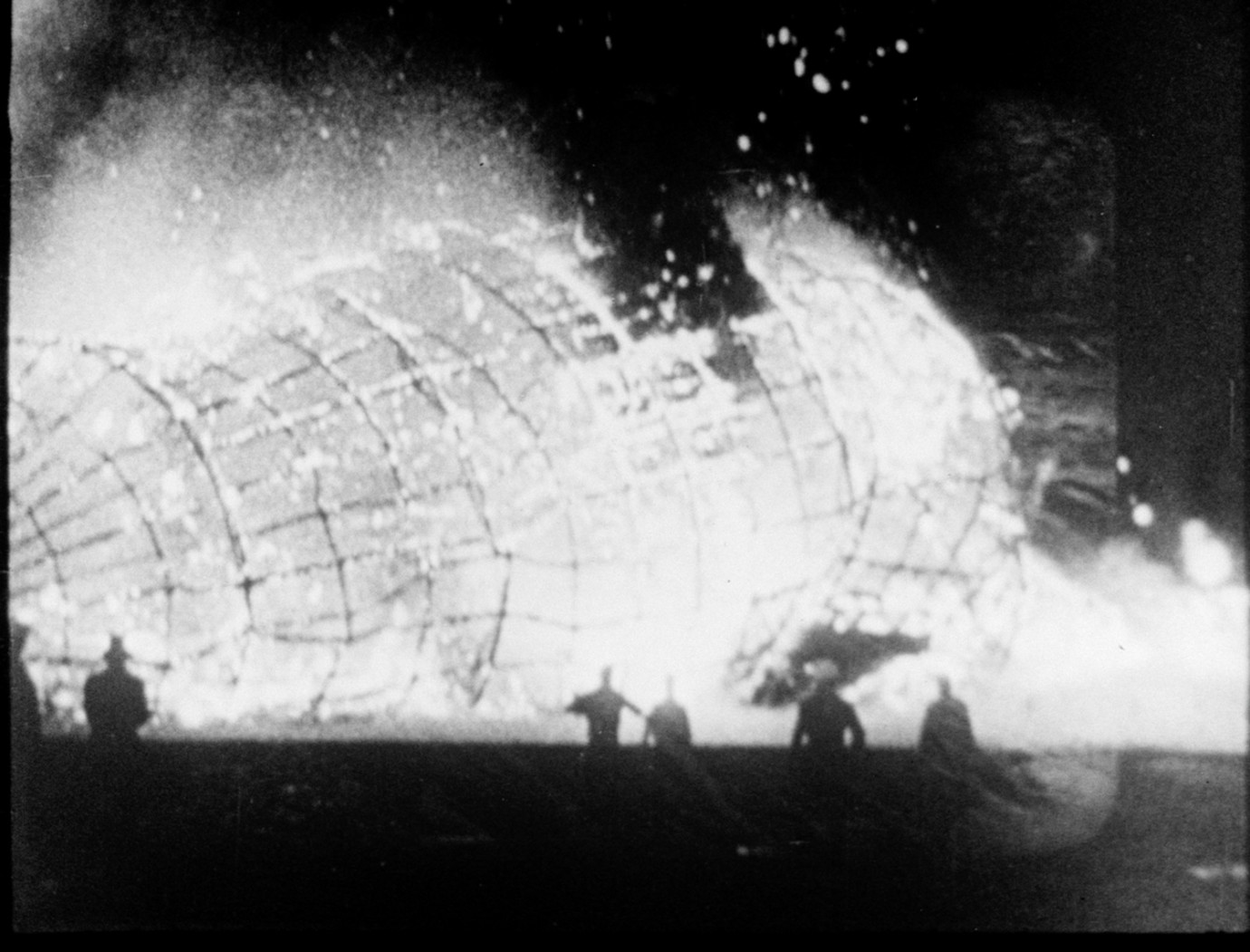 © Conner Family Trust
Bruce Conner’s A Movie stands as one of the classics of found footage filmmaking and North American avant-garde filmmaking in general. The film is composed of footage taken from newsreel clips, softcore pornography, and B-movies, and is set to Ottorino Respighi’s tone poem “Pines of Rome”.
“Since there was a movie I wanted to see, and didn’t see it being made, I decided it had to be my job to make it. And absolutely nothing was being taught in schools how to make films. I couldn’t take a class in filmmaking. I had to invent my own ways of making movies. All I could learn was how to glue one piece of film to another. A Movie was made in the most primitive film editing process that is possible. You just glue it together. I had no work print, synchronizer, moviola, sound reader. I had none of the technical tools that beginning film students use today. I had never even heard of most of these technical tools. Although A Movie is being used today – and had been used since it was completed in 1957 – in teaching film classes, the way I made A Movie is not the way anybody is ever taught how to make films.”
by Bruce Conner USA 1958 Without dialogue 12’ Black/White

Bruce Conner (born in 1933 in McPherson, USA, died in 2008 in San Francisco, USA) studied at Wichita University and received his BFA in Art at Nebraska University in 1956. He then attended the Brooklyn Museum Art School and the University of Colorado on a scholarship. From 1957 he lived and worked in San Francisco, where he quickly assimilated into the Beat community.
Conner is known for his use of found-object assemblage in collage, sculpture, painting, photography, printmaking, performance, and film. A pioneer of American experimental cinema and rhythmic editing, Conner weaved together decontextualized fragments of found footage and cinematic marginalia, such as newsreels, B-movies, stock footage, educational and industrial films. A Movie (1958) was his breakthrough work in this genre.