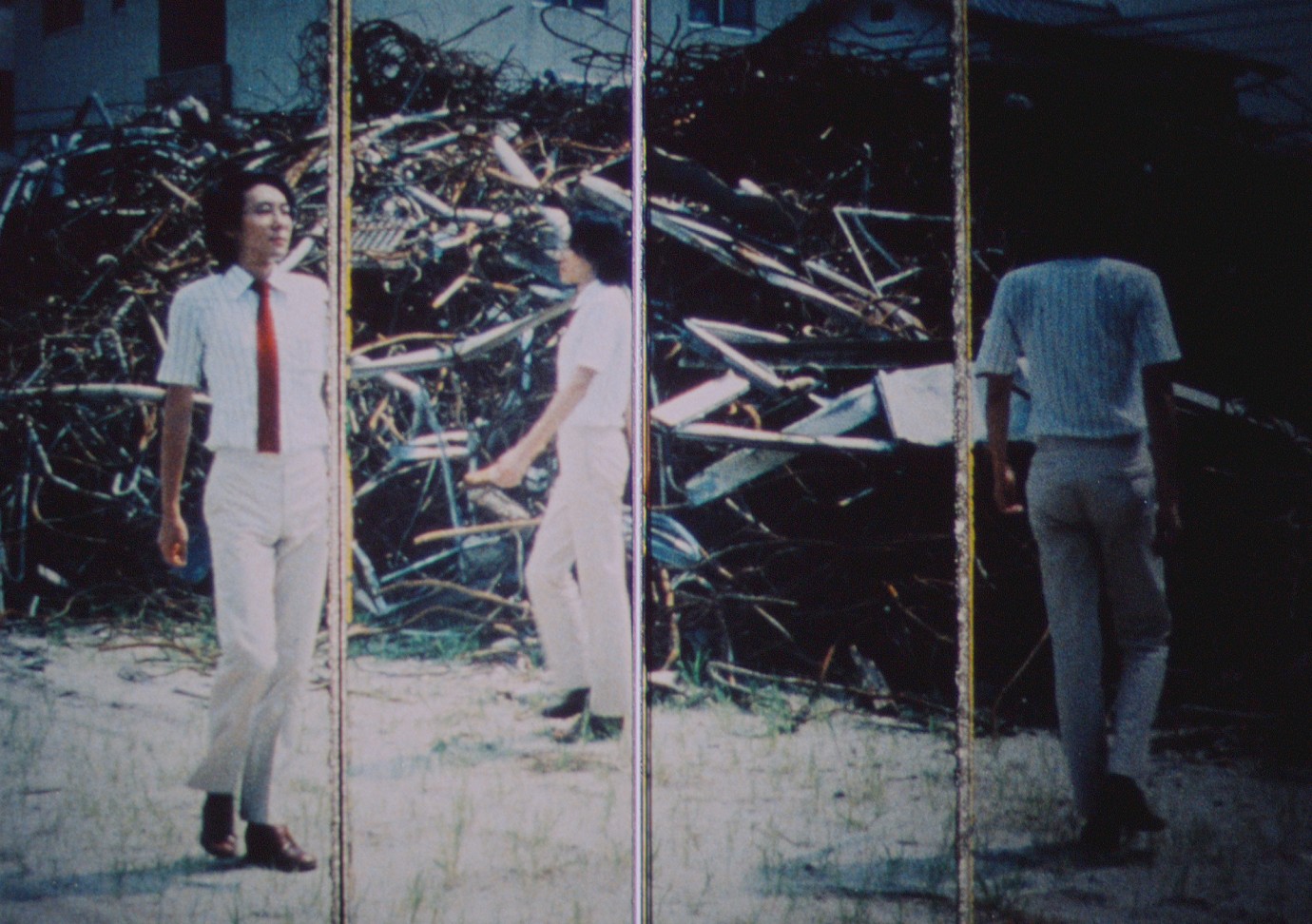 © Akihiko Morishita
An experimental film that focuses on the duality of its medium: material and image. A figure dressed in shirt and tie – the filmmaker himself – walks in circles around what appears to be a junkyard and confuses this duality as more and more vertical scratches are introduced to the surface of the image. The film employs tactics of trompe-l’œil to comically allude to the circular nature of human life and, in its function as the artist’s self-portrait, gently mocks the home movie genre.

Xénogénèse was first shown in Berlin at the 1984 International Forum of New Cinema as part of a program curated by Image Forum Tokyo. This year, a newly produced 16mm print will be presented again in the Forum as an opening film to several screenings. A digitized version of the film, exclusively produced for the Forum Expanded program, will be presented as a single-channel video installation.
by Akihiko Morishita Japan 1981 7’