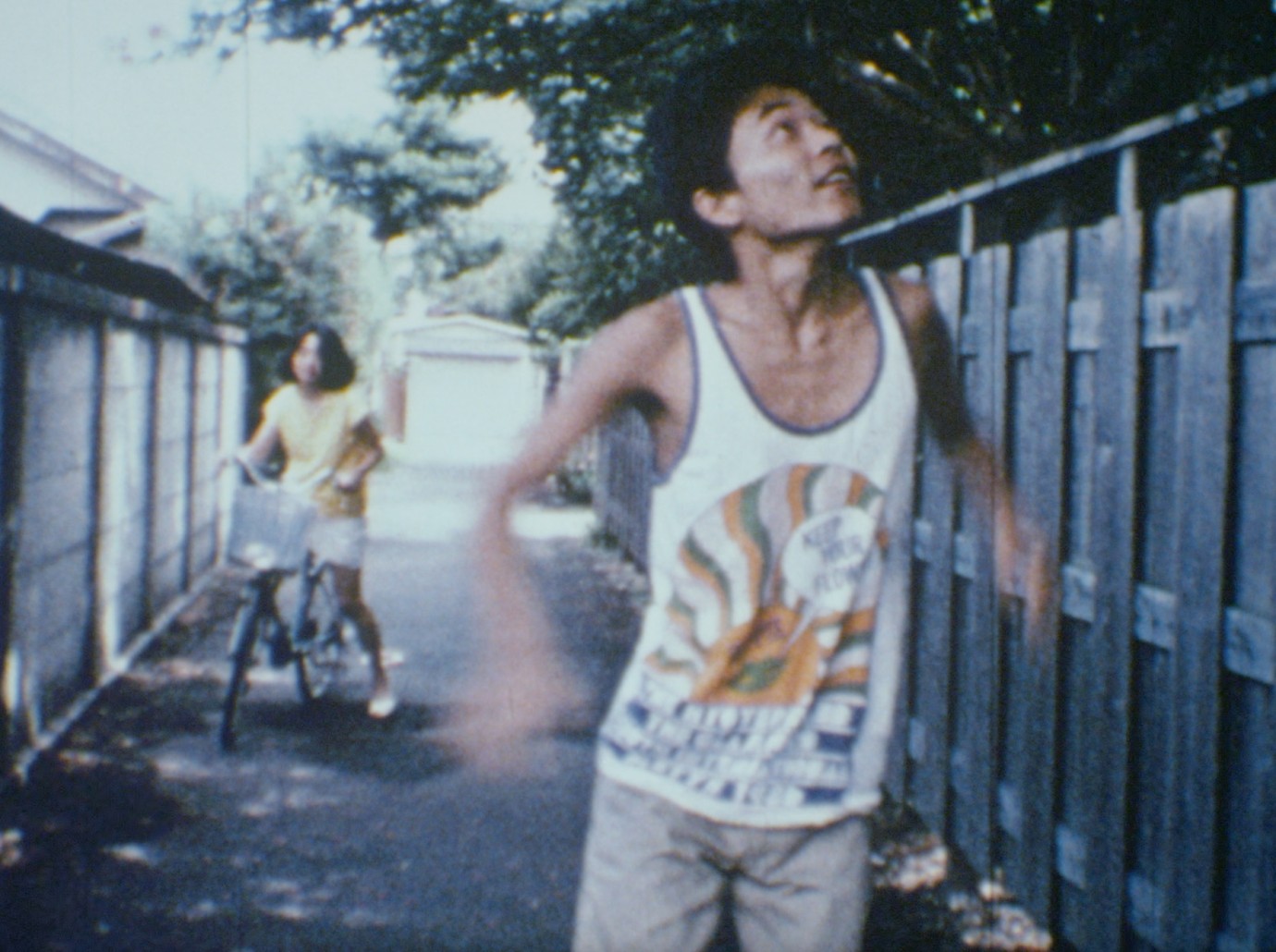 The brilliant opening of Sion Sono's first feature shows him dressed in nothing but a red rain cape running in hysterical fashion from a group of henchmen dressed in white coats, as the distorted soundtrack booms in the background. After escaping his pursuers momentarily, he takes a shit in a park before being picked up by the mythical "Kappa" water creatures in the historical canals of Tokyo.
The second part of the film is more or less autobiographical and considerably more introverted, beginning during a blackout at the Sono family home in a small locality in Greater Tokyo. It is a story of the restrictions of family life, the desire to break free, restlessness, helplessness and the fear of becoming an adult. At one point, a banner carrying naive drawings and the inscription "Home Movie" is draped behind the family dining table, whose members play themselves. Punk poet Sion Sono, who was only 24 at the time, then quotes Japanese film classics or presents old family photos in surprisingly touching fashion. At the end, we see him running through Tokyo again with a road marker in tow, spelling out the following on the asphalt of the tramline: "Life sucks".
by Sion Sono
with Sion Sono, Otomi Sono, Izumi Sono, Michika Sono Japan 1986 110’