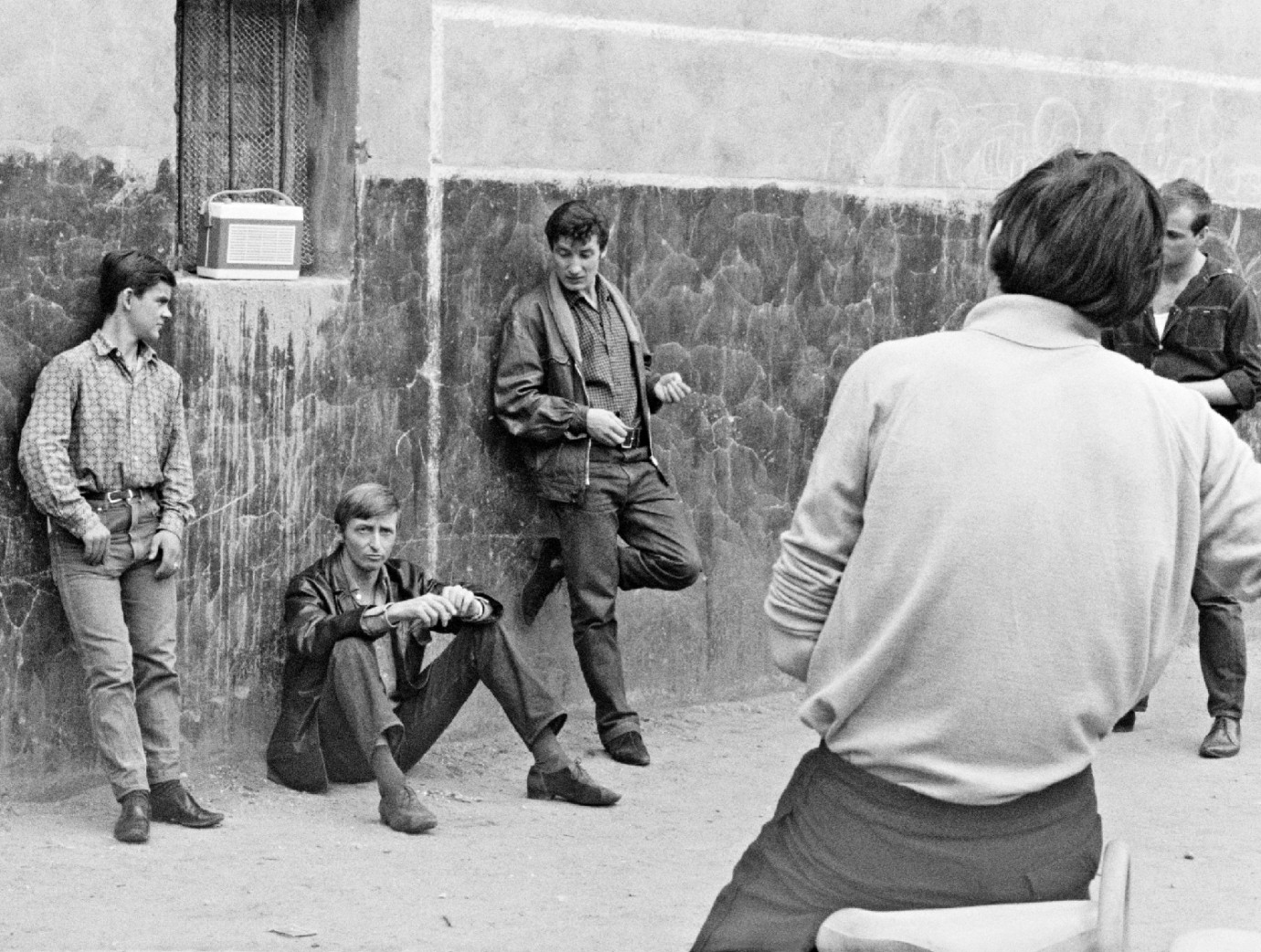 Source: DEFA-Stiftung, © DEFA-Stiftung/Roland Gräf
Al (Alfred) and Li (Lisa) are young and freshly married, yet their relationship already seems close to over. While Li seems to have her way in life, Al has a vague feeling that something is missing from his. He drifts for a few days, gets together with old friends, with his motorcycle buddies, flirts with a former girlfriend, moves back in with his mother and roams the city – constantly in search of something he can’t name … Avowedly inspired by the Italian neo-realists, painter and documentary filmmaker Jürgen Böttcher wanted to develop a new, poetic style for his first narrative film and found a kindred spirit in cinematographer Roland Gräf. The two foreswore narrative structure in favour of an observational, documentary style for this unvarnished portrayal of the day-to-day life of their heroes in the East Berlin of the 1960s. The first film bans in the wake of the Central Committee plenum had already been issued when production on Jahrgang 45 began. The party functionaries deemed the submitted script harmless. The film that Böttcher and Gräf made from that script, however, was held to “glorify the perverse”. Production was suspended and the film was not premiered until 1990.
by Jürgen Böttcher
with Monika Hildebrand, Rolf Römer, Paul Eichbaum, Gesine Rosenberg Germany (GDR 1949 to 1990) /1990 94’