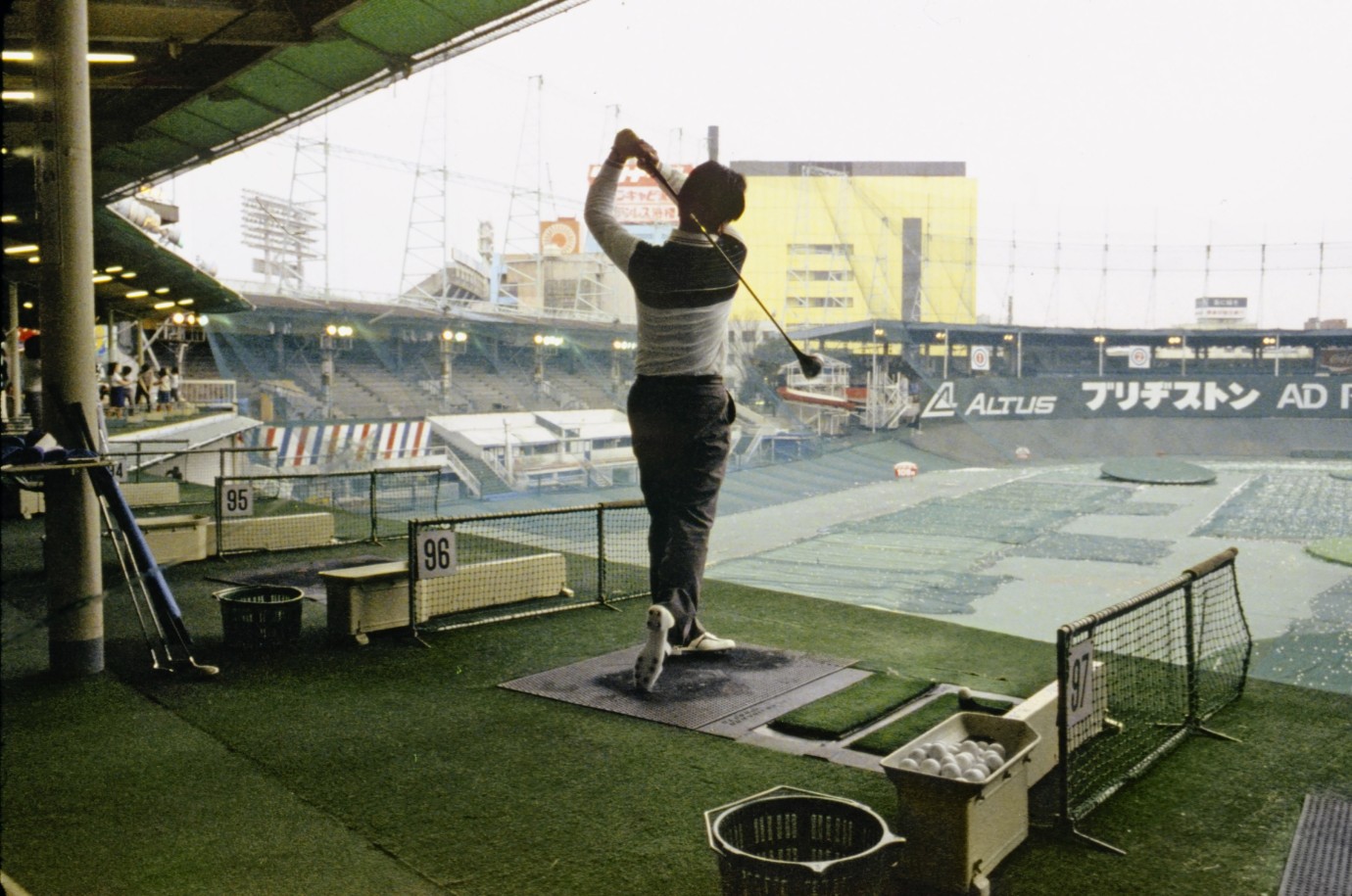 © Wim Wenders Stiftung 2014
The coastline by a Japanese harbour town, children on their way to school, and a train passing by: Wenders’ tribute to his beloved master opens with black and white images from the Japanese film Tokyo Monogatari (Tokio Story, 1953) by Yasujiro Ozu (1903–1963). In the spring of 1983, twenty years after Ozu’s death, Wim Wenders travelled to Tokyo to retrace the director’s steps. In conversations with actor Chishu Ryu and cameraman Yuharu Atsuta, he explores Ozu’s staging methods and camera style. Above all though, Wenders’ film shows the Tokyo of the present. Hoping to find familiar things in the new surroundings, he observes people in parks and arcades, in a golf stadium and in a factory for fake food made of wax. Wenders’ “Images from Tokyo”, as the film’s title translates, reflect on the portrayal of reality in cinema and on the chances of gaining a clear view in the midst of our loud and garish overabundance of images. Wenders: “If you could only film in such a way, I thought to myself, as how you sometimes opens your eyes. Only looking, without wanting to prove anything.” (Wim Wenders Stiftung. A Foundation)
by Wim Wenders
with Chishu Ryu, Yuharu Atsuta, Werner Herzog, Chris Marker, Wim Wenders Germany (Federal Republic from 1949) / USA 1985 93’