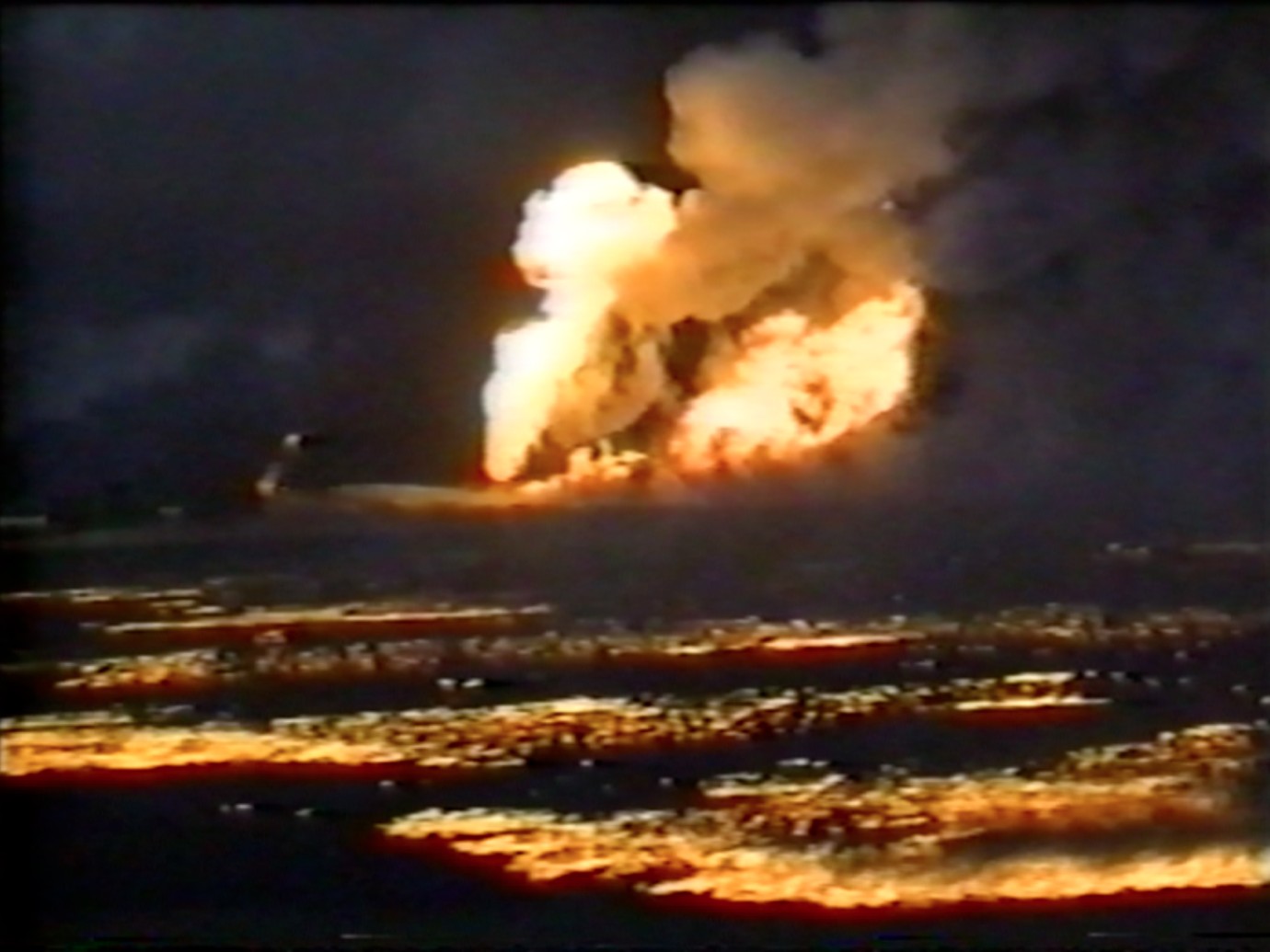 © Monira Al Qadiri
With all the upheavals taking place in today’s uncertain world, how has the image of the apocalypse transformed over time? Is it still imagined within a romantic religious framework, or has it shifted towards darker, more unknown territory? This film attempts to explore the decaying portrait of the end of the world by using real-life footage: VHS tapes of the burning oil fields in Kuwait in 1991, which were set ablaze during the retreat of invading forces after the First Gulf War. These hellish images are combined with audio monologues from Islamic television programs, creating a picture of sublimity within destruction.