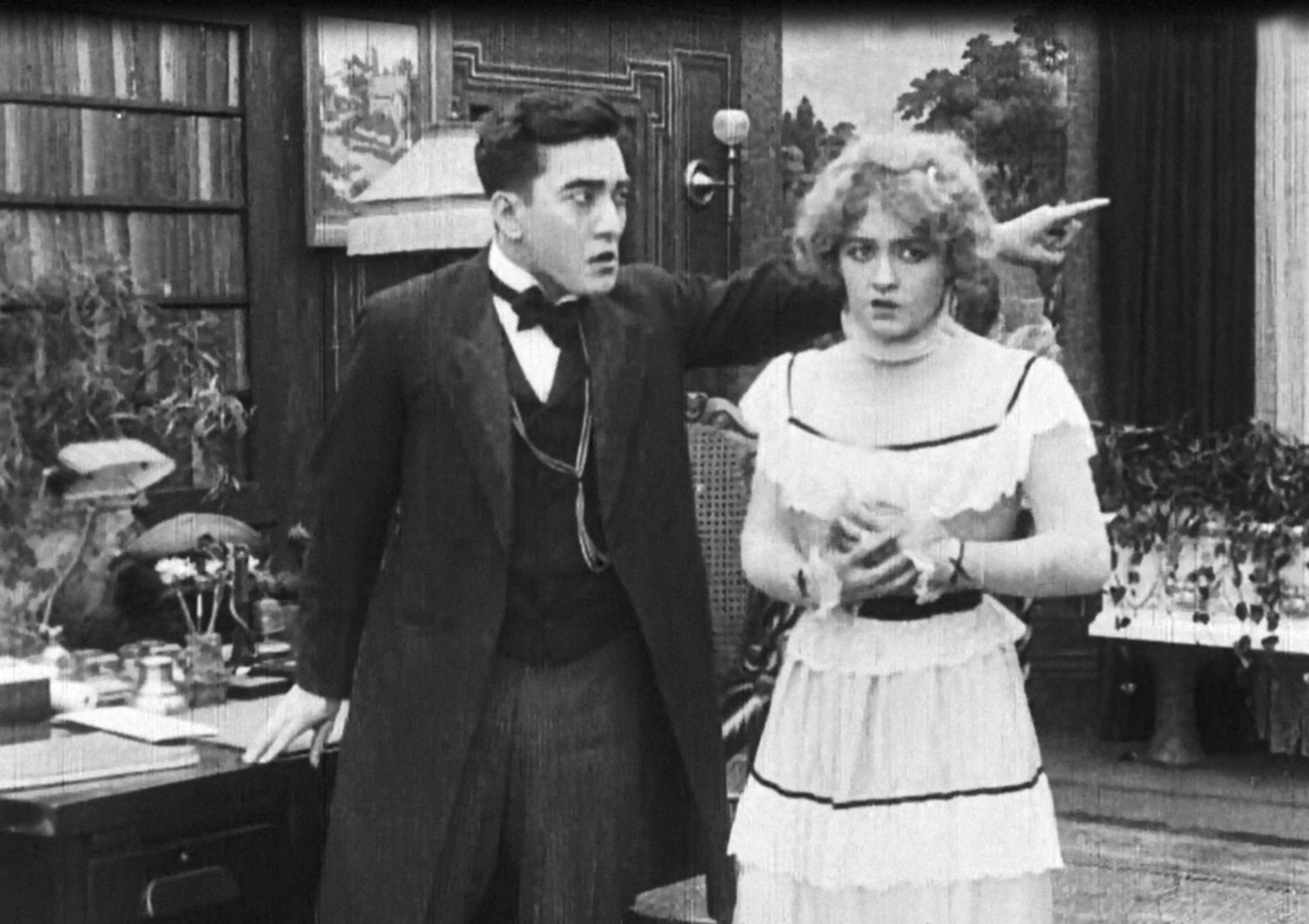 Japanese diplomat Tokorama is stationed in Paris, where he works on the side as a spy, analyzing the statistics of the host country. His secret mission appears to be in danger when he begins a love affair with an actress. But it is not just the Japanese dignitaries who surround the Baron Joshikawa who are pressuring Tokorama to end the affair with Helene. Her ex fiancé Bernisky, whom she jilted in favor of the rich Japanese dignitary, also takes a hand. Bernisky tells Tokorama about his relationship with Helene, and the diplomat strangles his lover in a fit of furious jealousy and nationalist pride. The student Hironari must take the blame for the crime to protect Tokorama’s cover and allow him to complete his spying mission … TheTyphoon made a Hollywood star of Sessue Hayakawa. His portrayal of a man struggling with an inner conflict between the modern West and eastern traditions found a physical outlet in, among others, the murder scene, which was depicted in a form based on Kabuki. The later cinematographer Henry Kotani had supporting roles in some of the ‘Japanese films’ produced by Thomas H. Ince, and here he played the young student willing to sacrifice himself for Tokorama.
by Reginald Barker
with Sessue Hayakawa, Frank Borzage, Henry Kotani USA 1914 63’