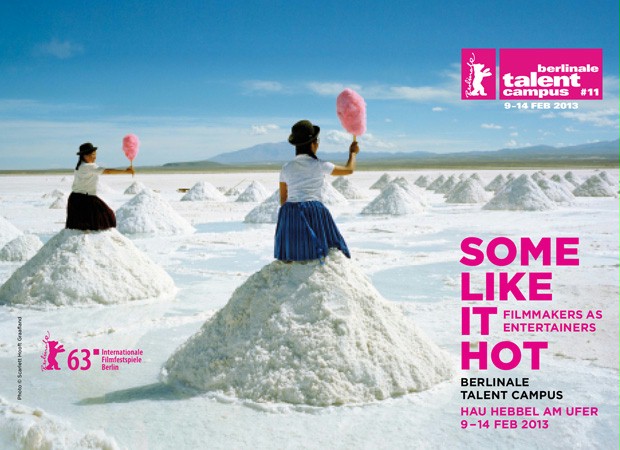 “Some Like It Hot – Filmmakers as Entertainers”, is the thematic focus of this year’s Berlinale Talent Campus

What does this year's theme "Some Like It Hot – Filmmakers as Entertainers" really mean?

CT: In recent years, the Campus has been very concerned with the different possibilities for emerging filmmakers to develop themselves in the film industry. After ten years of the Talent Campus we felt it was important to focus on the entertainment aspect, since filmmaking is part of the entertainment industry: in the arthouse sector this is often neglected while films are in the development phase.

MWK: As a viewer it's easy to judge whether a film is entertaining or not. The interesting question is: how does a film become great entertainment? This year's Campus programme will concentrate on that: on finding creative ways to address this question, on trying out new formats, discovering new ways of producing and also on finding new audiences. We want to arrange for Talents to create their own space for playing and for the unconventional. That's how we were able to bring in lots of exciting guests from this year's Berlinale programme as well as additional Campus invitees. They'll talk to the Talents about the intricacies of making great entertainment, drawing on their own experience of telling stories in new and surprising ways, and winning the heart of the audience along the way. 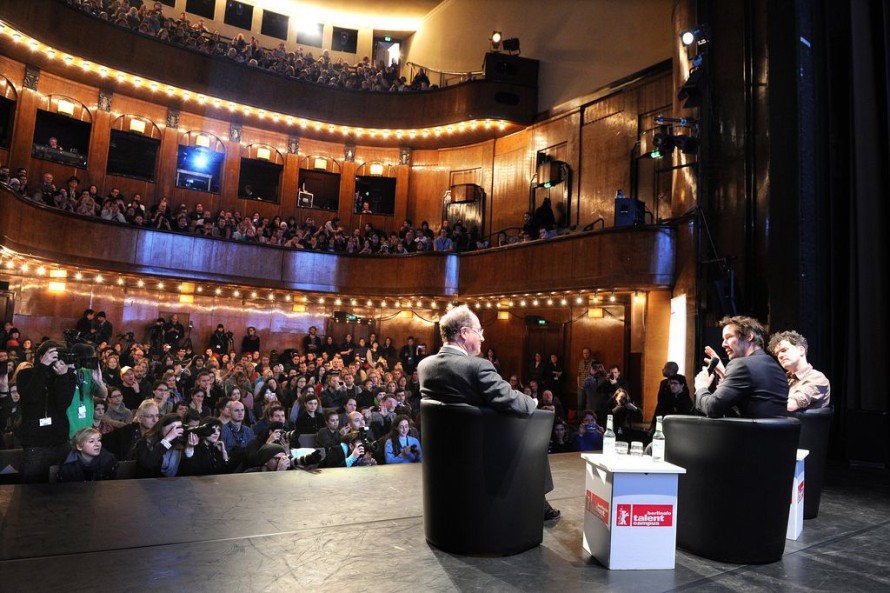 CT: On the topic of "audience" – aside from the question of entertainment, over the next few years we want the Campus to return to a notion born out of the cultural management sector in the 1990s: audience development, with an emphasis on best practice models. In times of limited public funds, for example in Great Britain and Canada, you see the emergence of micro-budget films. Due to the economic pressures, these productions employ creative marketing strategies that turn into branding. In the film world, ever since the Dogma films, this is nothing new. Yet there's still a lack of strategic future and practical models: what seem like recipes for success sometimes fail due to random market behaviour, or films become a hit with audiences without resorting to a large master plan.

MWK: Whenever budget shortages dominate in film, you find closer collaborations and new ways of producing. At the Campus we'd like to show that micro-budgets also represent an opportunity. Amra Baksič Camo, one of the producers for Danis Tanović, will talk about working with him on a new film in Bosnia. And Anna Seifert-Speck, producer of Andrew Haigh's successful film Weekend, will show how a tight budget can play a crucial role in unlocking innovative solutions that ultimately strengthen a project and enrich content. Creative producers from Europe will deal with the issue of how to support filmmakers with regard to content but also when it comes to building them up. And Southern European filmmakers with films in the Berlinale programme will talk about how they experienced and handled the crisis, for example in Greece or Portugal. 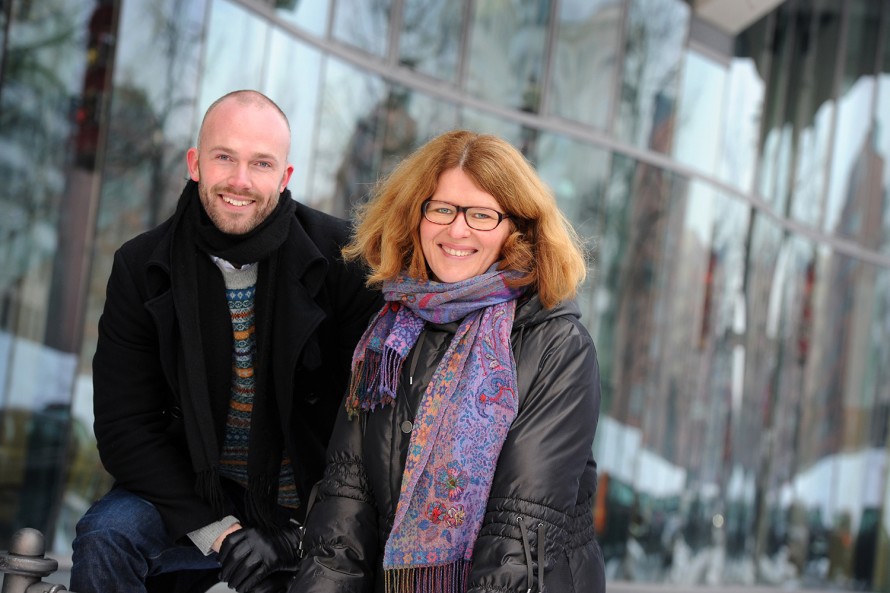 Matthijs Wouter Knol and Christine Tröstrum, the managers of the Berlinale Talent Campus

2012 was the first time that budding distributors from all over the world were selected. And in 2013 once again, young distributors will be invited to the Campus. Would you say the collaboration in 2012 was successful?

MWK: The collaboration was extremely successful. At the end of the 10th Campus, the eleven international distributors even compiled a small manifesto in the name of strengthening independent films. In it they call for, amongst other things, film distribution to be more actively integrated into university and promotional structures and that film promotion in general should get involved with initiatives to develop and realize successful distribution concepts.

What evaluation platforms and distribution strategies play a special role?

MWK: Just as in the past, new financing models like crowdfunding remain current as ever. For example, through our close collaboration with the Campus programmes in Central and South America, we see that in the past year, young filmmakers have been actively using this potential. But also VOD platforms have evolved and become more specialized, offering filmmakers and producers a wider spectrum of marketing possibilities. During the Campus we'll present successful, real-life case studies and we're asking our speakers to share first-hand experience about what works and what areas need to be developed further.

How do you select the projects for the Talent Project Market, particularly those nominated for the "Talent Project Highlights"? Are you looking for a kind of universal story, one that works across borders?

CT: In order to apply for the Talent Project Market, the producers or directors have to have a finished script and some contact to potential co-producers. There's a priority on finding stories that have universal appeal. As a nice industry saying goes: "Act local, think global". Out of the ten projects selected for the Talent Project Market, three are nominated by a jury to participate in the Highlight Pitch.

When you look at the box-office charts from last year, it's striking that the most successful productions were sequels or book adaptations. What does this mean for writers and the Script Station?

MWK: It's true. The different Talent Campus programmes (Doc Station, Script Station and Short Film Station) aim to develop original content, even though these kinds of films seldom make it to theatrical release. Nevertheless, we actively support original screenplays and projects. Even though audience tastes are, for the most part, shaped by unoriginal movies, it's essential to maintain and nurture the diversity of storytelling and this abundance of culturally motivated, unusual and sometimes, yes, disturbing voices in film. For us this is a major drive in our work at the Campus.

2012 was the last year in which the Berlin Today Award would be awarded. Did the Short Film Station evolve directly out of this successful venture?

MWK: Within the Short Film Station, ten short films from screenwriters and directors are selected. The filmmakers undergo presentation training and mentors meet them one-to-one to give feedback on their screenplays. For the first time, there'll be a Project Presentation Day in the Berlin House of Representatives. There, together with projects from Script Station and Doc Station, the ten Short Film Station filmmakers will introduce their projects to potential producers, financiers and festivals. Unlike the Berlin Today Award, these filmmakers are responsible for their own production and financing. We find this concept more in line with the current market situation. 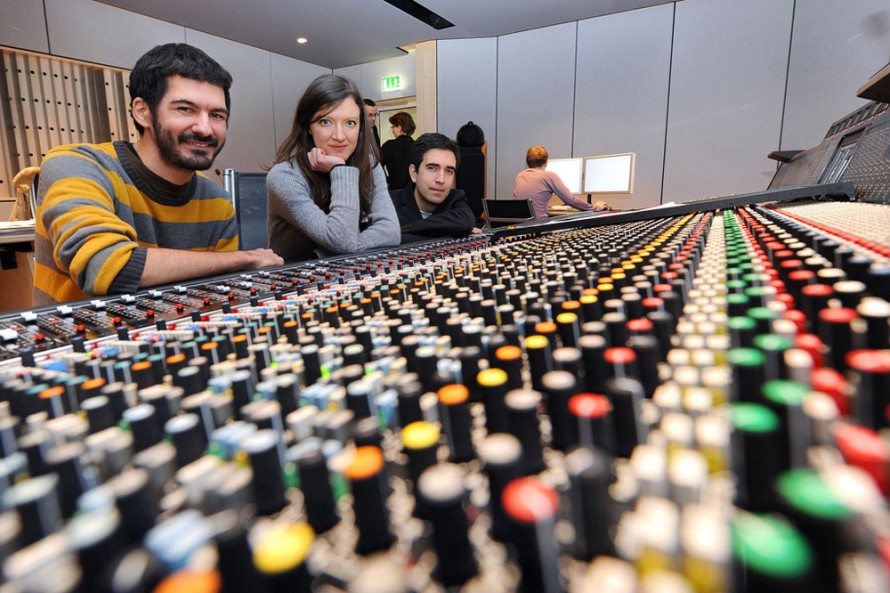 In 2013 there'll be another new hands-on-programme, the Sound Studio.

MWK: The new Sound Studio is geared first and foremost to sound designers and film music composers, and is a chance to dive into different case studies surrounding the topic of sound with renowned German and international experts. Dolby® Atmos, the new sound system by our partner Dolby® Labs, will be presented in the CineStar7 cinema and the first productions to be mixed using Atmos, for example Measuring the World, will be introduced by our invited sound experts. We look forward to working with the Berlin Heinrich Hertz Institute, which is offering our Talents the chance to work with the latest technologies and test them in practice. And we're quite proud to welcome the "Grand Master" of sound recording Walter Murch to this year's Campus, who'll join us to present his work and most recent developments to the Talents.

Which future trends will you highlight this year?

CT: For the first time, we're planning to publish a "Best of Campus" on the last Campus day in addition to a selection of articles from the Talent Press, which will give a summary of the trends we've observed.

MWK: Some developments are easier to name in advance, for instance the advancements in digital production design, as well as the need to tell stories through episodes and to unfold characters with more complexity than what is typically allowed in more classic formats. We've also observed that producers increasingly use their creative initiative to try to build emerging scriptwriters and directors over the long term. And we see a new generation of African filmmakers who are consciously offering a new profile and –thanks in part to the support of various international programmes- impressive and strong stories of a continent that has too long and too frequently been associated with cinematic clichés of poverty and backward-looking traditions.

How has the Berlinale Talent Campus changed? From a platform for exchange to a kind of production market?

CT: The festival already has a market. Let's say the Campus has turned more and more into a lab. But we'll also always remain a unique and lively platform for networking and exchanging. Because we not only bring screenwriters, directors and producers together, we foster an entire Campus community that also connects DoPs, editors, film score composers/sound designers, production designers, distributors, film critics and actors.