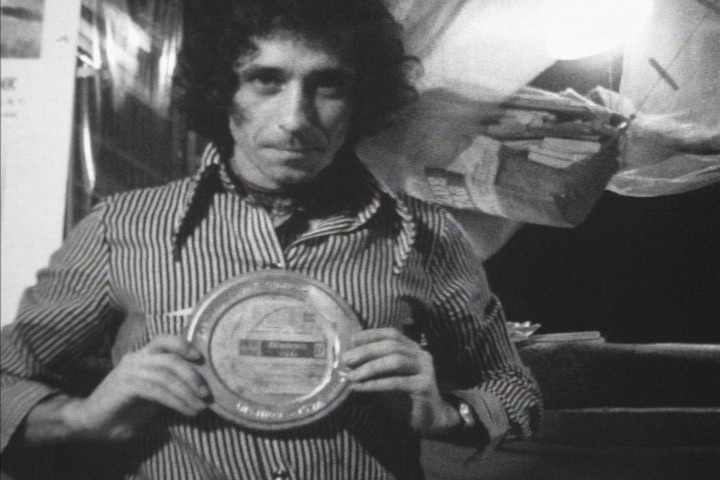 Hélio Oiticica, probably Brazil’s most famous twentieth-century artist, describes the US film-maker and performance artist Jack Smith as the ‘precursor’ of his and Neville D'Almeida's cocaine slide-show environments, the so-called Block-Experiments in Cosmococa - programa in progress. The Cosmococas indeed give an impressive panorama of the unknown sides of Oiticica's 1970s oeuvre, that relies as much on conrete poetry as it does on Brazil's Cinema Marginal movement and New York's queer underground scene.
Max Jorge Hinderer Cruz will present a selection of unedited Super-8 fragments of Oiticica, including footage of Neville D'Almeida and Andreas Valetin, in dialogue with art historian Sabeth Buchmann's discussion of Hélio Oitica's concept of Quasi-Cinema, including Block-Experiments in Cosmococa - programa in progress.