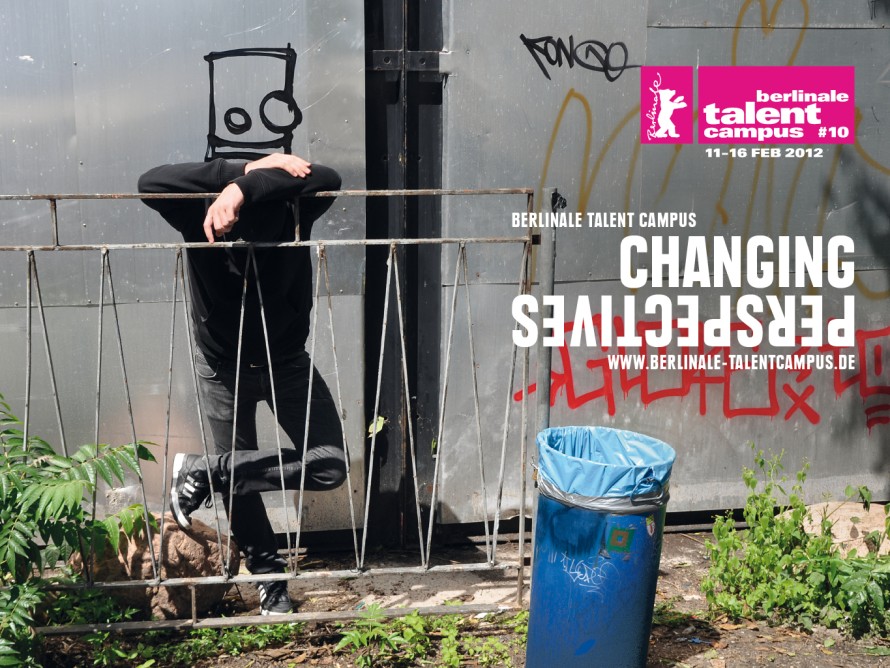 “Changing Perspectives” is the main theme of the upcoming tenth edition of the Campus. You encourage young talents to try out new paths. What inspired you as you were developing the concept?

Matthijs Wouter Knol (MWK): Every year at the Campus we host a lot of emerging talents as well as experts who have already had a certain education or specific practical experience in the film industry before they discovered how enriching an alternative path, a different angle or learning about other fields can be.

Christine Tröstrum (CT): The average age of Campus participants is 30 to 32. But two years ago we selected a 57-year-old filmmaker who had worked as a photographer and journalist for many years before he began to successfully write screenplays. For us he was an emerging talent and we wanted to give him an opportunity to develop his new script at the Campus.

It was always the aim of the Campus to see things in a new way and to imagine the future. Or to simply change the point of view. We don’t just ask this from our emerging talents, but also invite established filmmakers to explore different perspectives. 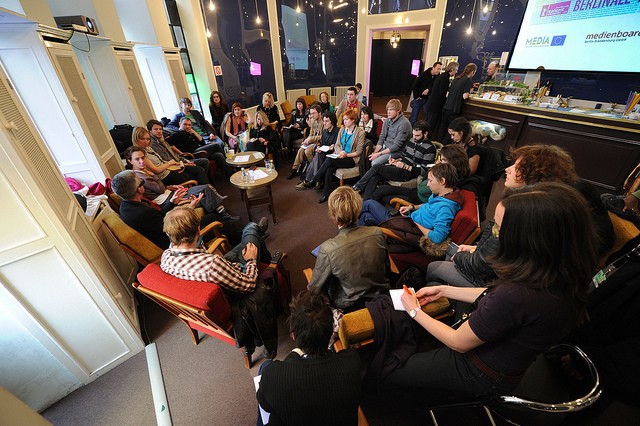 MWK: For experienced professionals whose films are shown at major festivals like the Berlinale and who are already invited to be experts or take part in panel discussions, the Campus is also a kind of eye-opener. They have an opportunity to meet participants one-to-one instead of speaking before an anonymous audience. In doing so they realize that the talents are by no means inexperienced students but serious filmmakers. And so this encounter opens up new perspectives for both the emerging talents and experts alike. They see that these young people have clear goals – and could be considered for future collaboration.

CT: For the first time, we invited young distributors to take part. That also means “Changing Perspectives” for us. In recent years, the Campus focused primarily on the areas of development, pre-production and production. But for us it is just as important that so-called “festival films”, following a successful festival career in various countries, really get into cinemas and reach a broader audience.

MWK: It’s not just about bringing emerging filmmakers together with established film professionals so that they can develop, produce and finance films together, but rather also about finding an audience for the films. The talents have to ask themselves the question: For whom do I want to make films? The industry is aiming at reaching audiences and also earning money by making films – we try to get that across.

The team of the Berlinale Talent Campus #10

How are distributors dealing with the changes occurring in their field?

MWK: We’d like to hear from the emerging distributors who we have invited from different parts of the world about the difficulties they are struggling with and what new distribution channels or structures have been created. The talents are supposed to exchange ideas with one another at the Campus, but also make contacts with established distributors. From experienced producers and distributors we hear how difficult it is in the industry to find suitable newcomers or people with innovative ideas. The distribution industry has been transformed from the ground up and no one really knows what direction it will take in the future.

CT: We want to reshuffle the exploitation chain of the film business, which have become diffused through Video on Demand and the influence of other digital developments. Will VoD determine the course of the business of film? Will theatrical distribution even exist in 10 years? How do producers, directors and distributors work together these days? What does a director who holds the rights himself need to know about commercialization and distribution? In just the last few years we have presented successful models created through new online commercial opportunities. At the next edition of the Campus we want to present further developments and explore the topic in greater depth.

Distribution isn’t the only field to have been transformed by the Internet. New perspectives are opening up for production, such as crowd-funding. Is online user financing of creative projects a future model that might one day be able to match private financiers or state funding bodies in Europe?

CT: It won’t be able to compete with those types of funding, but rather complement them. In the US, there are some very successful, alternatively financed projects, because there are no comparable funding structures as one finds in Europe. But also in many other countries, it’s no longer so simple to fund projects. The number of productions has multiplied to such an extent that filmmakers must find new ways of financing the production of their films. For the Campus, we’re planning future cooperation with a crowd-funding platform from the US. The talents can upload documentary and feature film projects that have been selected for the Doc & Script Station on this financing site with the aim of reaching a certain budget within a period of time. It’s going to be a very interesting experiment for us too. 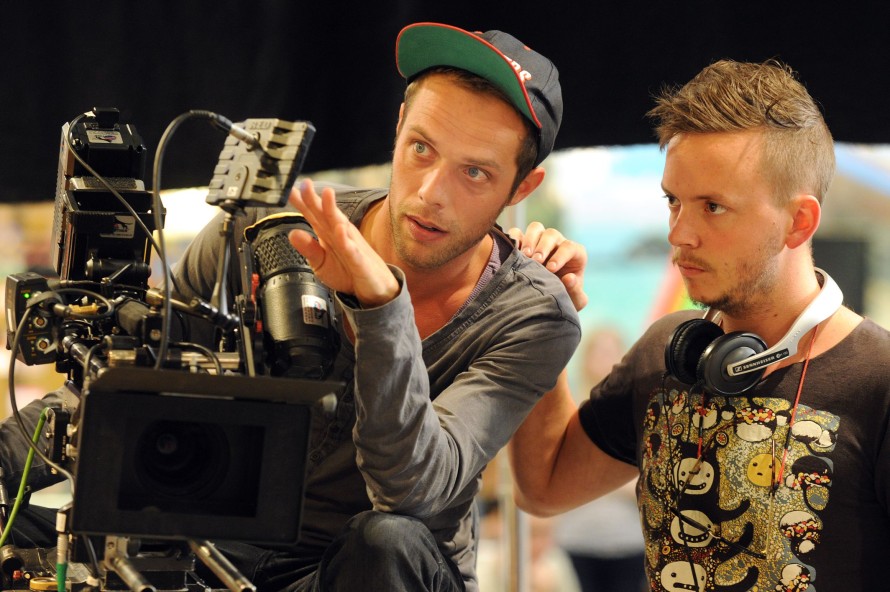 The Talent Campus always paid attention to new technological trends. The digitalization of filmmaking also affects the artistic process. Does this really open up new opportunities when it comes to telling stories? Which developments will you be tapping into?

CT: Telling a good, exciting story should always be the starting point. In recent years totally new narrative forms have come to exist, thanks to digital realities and technologies. For years, we have been discussing the possibilities of cross-media with the talents. Cross-media or transmedia projects presume narrative structures in which the user – the audience – often participates as commenter or co-author; for example, when parallel live events are hosted or short films are shot. The education sector is also attractive for such projects, for children’s media or foreign language courses, for example. We believe that especially documentaries are suitable for cross-media narrative techniques that can be used to attract new audiences on various platforms. At the Campus 2012 we will present finished cross-media projects for the first time, in collaboration with the IDFA Doclab in Amsterdam. In the end, the use of new digital formats of course relates to the topic of distribution: how and where do I find new audiences for my film project? 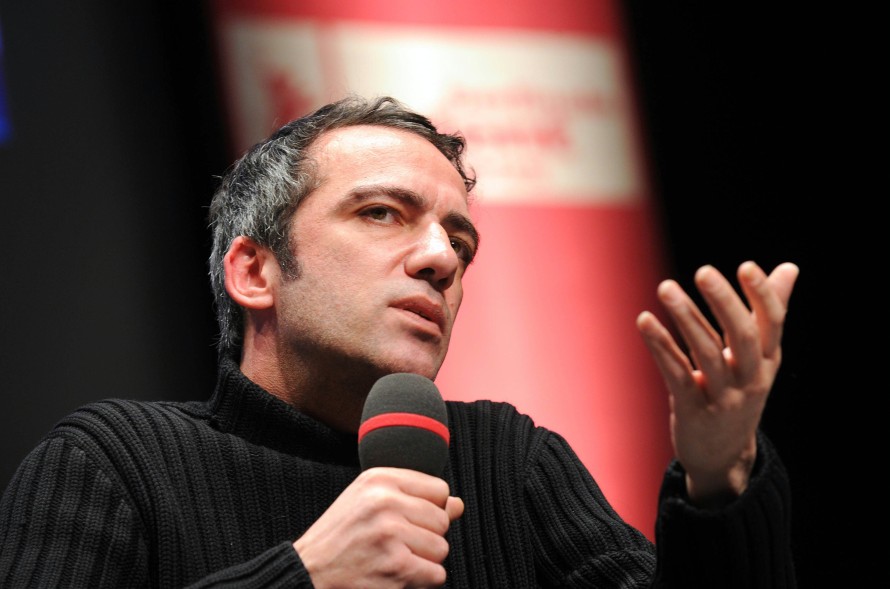 Films as a political tool and mirror of society

The expression of views and the online spread of films and videos has fundamental significance for the political changes in developing countries. Which regions of the world do you find most interesting at the moment?

MWK: During the previous Berlinale there was a strong focus on Iran because of the sentencing of Jafar Panahi and Mohammad Rasoulof, and we too addressed the issue of “censorship and cinema” at the Campus. For the upcoming February, one of our aims is to show which societal changes can occur through film and how a new generation of filmmakers is continuing to play a decisive role in this process. The Arab world is a region where we are seeing an enormous amount of movement resulting in intense discourse in media throughout the world. In terms of film, it is interesting, because the moving images can more or less directly be understood as mirroring political processes. At the Talent Campus we want to look at current developments in Arab countries and beyond, but also show what has changed in other regions or countries around the world that have been swept up in social upheaval.

We would like to show how films worldwide help make these ongoing events tangible and how they contribute to making sense of the past. We will present new African and Caribbean initiatives that aim to bundle the strengths of the local film industry providing mutual support and a way to attract the attention of the outside world more effectively. 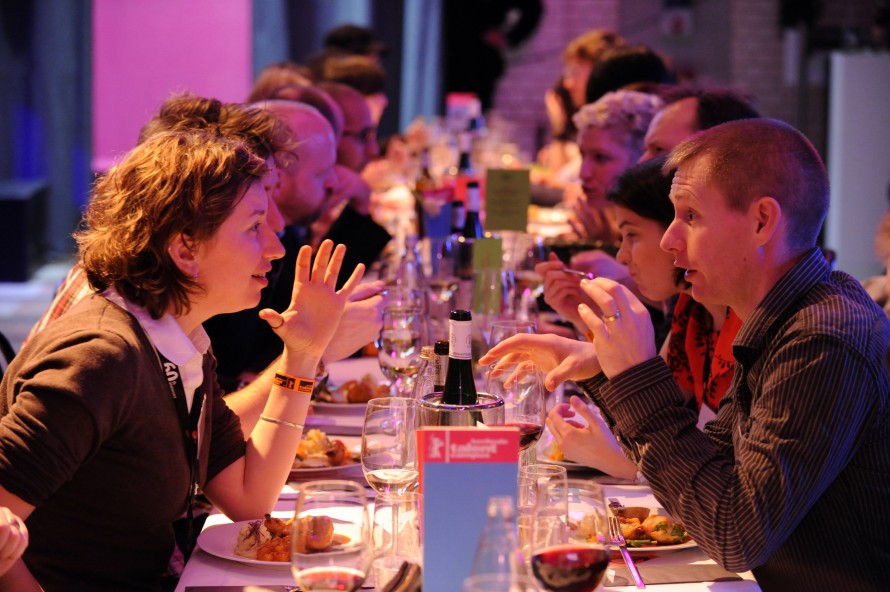 The Talent Campus celebrates its tenth anniversary in 2012. What trends can you identify, when you look back at the past ten years?

CT: Our role has become more tangible. The concept of the global village applies to the Campus in a positive sense. We have, for example, supported international co-productions, whether through funding awards, which we initiated with partners or through our short film competition, the Berlin Today Award. We have awakened an interest in international newcomer talents in the film industry and promoted targeted collaborations, also amongst the emerging filmmakers themselves, naturally. We don’t just invite established filmmakers to the Campus so that participants can profit from their experiences, but conversely hope to show that the younger generation has a lot to say and contribute. I can still remember well how difficult it used to be for industry newcomers to contact established filmmakers. There was a certain arrogance, which we are trying to counter with a kind of democratization. Four years ago, for example, we developed the Dine & Shine format, a dinner for 430 guests at which we bring together Berlinale guests with the emerging talents. Now we start getting enquiries about the Dine & Shine event from established producers, financiers and distributors as early as the summer.

Just ten years ago the word “networking” had a totally different meaning. Similar to developments in the virtual space, comparably flattened hierarchies and communities have formed in the real world – thanks to online business portals and, most recently, social networks.

MWK: Beyond that, the Campus has presented itself more and more as a platform for project development. Of course a six-day programme is too short to sufficiently work on film projects. But since the Campus offered a very dense atmosphere at the beginning of the year, a place where everyone is open to new impulses and fresh ideas, many emerging filmmakers see the Campus as a place for orientation and decision-making. The Campus aims to maintain this approach in the future: we don’t just want to bring together up-and-coming and established film professionals, but we want to help talents benefit from the encounter in terms of content and take a decisive step with their projects.

The opening event is called after this year’s Campus theme, “Changing Perspectives.” These days, no one’s professional biography seems to follow a linear path and filmmakers seem to be more open to try new things. What advice would you offer the talented filmmakers about getting on the right path? Is it more important to concentrate on your goals or is it more about taking advantage of opportunities that arise?

MWK: One piece of advice would be to always be open to the new, to not focus too much on your own thing, but to have the energy and concentration to listen to and take seriously the comments and feedback of others. The input one receives from all sides – especially at the Campus – can be overwhelming and sometimes frightening, but can prove to be very fruitful as a way to create new ideas and develop one’s project further in a different way. For most of our emerging talents, the Campus literally opens up a new perspective. Coming to Berlin for the first time allows them to meet people from different countries and experience how they aren’t just the only ones who have difficulties developing material or making films in their home country. Following the Campus they often have a very different perspective on how and with whom they want to work on their films.