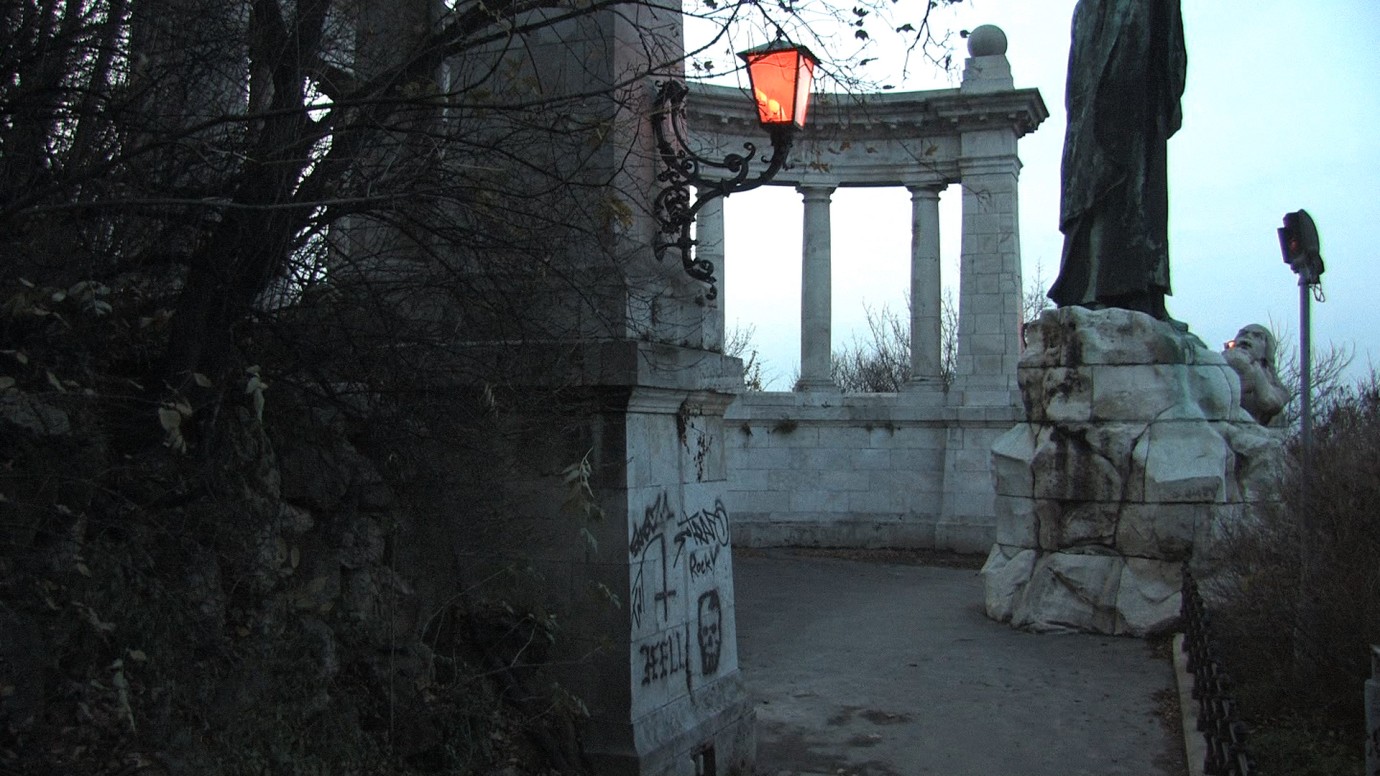 National Motives is a night cruising tour in Budapest through sites, monuments and other ghosts of the newly redefined Hungarian national identity after the breakdown of the Communist period and the recent rise of ultra-nationalism. The night might redefine the cartography of the city, and show new paths to reveal forgotten figures, transforming national identities into hybrid monsters. The film was shot in winter 2007-08, one year after the ultra-nationalist riots of 2006 and before the victory of the far-right party Jobbik and conservative Fidesz party coalition in the elections of 2010.
by Raphaël Grisey France / Hungary 2011 28’