Food in the Classroom

Benny got a B in food, because his cauliflower was well-cooked. Solmaz got an A because she grew Romanesco and collected all the caterpillars. The pupils call the class "food", but it's officially known as garden studies, cooking and home economics. It's a regular class subject at the high school... and here it becomes clear that a subject like this is just a vision of the future in Germany. 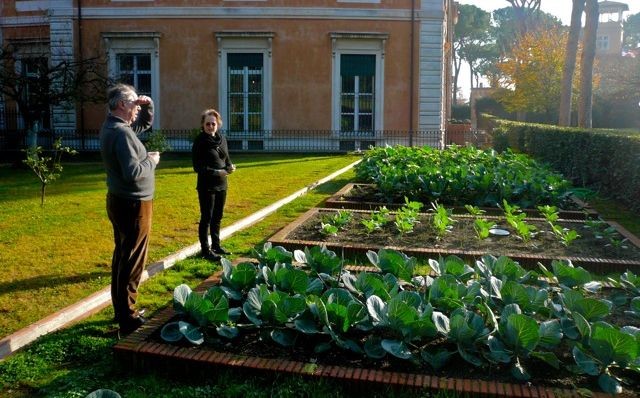 In the US, a programme like this is reality in the form of the Edible Schoolyard. Alice Waters launched it 15 years ago in Berkeley, where she runs the restaurant Chez Panisse. The schoolyard garden concept has even made it all the way to the White House in Washington. Here, Michelle Obama created a garden with the help of school pupils. The vegetables are eaten at home and at state dinners.

In Berlin, Festival Director Dieter Kosslick is promoting school garden projects and hopes for lots of support, "so that we also reach the boys and girls from homes where nobody cooks anymore. The big mind behind it is Alice Waters. Together, kids harvest, cook and eat. The latter, while sitting down and for longer than 30 seconds."

The Culinary Cinema is setting a good example and bringing food from the school gardens straight to the dinner table. Alf Wagenzink, kitchen director at the InterConti Berlin and food director of the Culinary Cinema, harvested tomatoes and plums with the young gardeners of the Schul-Umwelt-Zentrum Mitte (SUZ) in the summer and preserved them. Star chef Thomas Kammeier from Hugos sampled the veggies from the SUZ with festival director Dieter Kosslick for a brandade with cod. The result was delicious, but the preparation nowhere near as simple as it looked.