Berlinale in the arthouse cinemas in Berlin’s neighbourhoods

For its 60th anniversary, the Berlinale did not only celebrate with its audiences, but also paid tribute to the movie theatre. With "Berlinale Goes Kiez" the festival was taking a flying Red Carpet to arthouse cinemas in Berlin’s neighbourhoods: From Weißensee to Zehlendorf, the festival visited a cinema in another "Kiez" (= neighbourhood) on ten evenings, from February 12th to 21st. Two films were showcased each evening from different sections of the Berlinale, and at a gala screening, a red carpet was unrolled for the respective film teams. What’s more, a well-known Berlin film personality acted as patron on each event: he or she welcomed the guests and introduced the film. The public thus had a unique opportunity to see Berlinale films and their stars in their own neighbourhood movie theatres, and so enjoyed a touch of festival atmosphere right at their doorsteps.

"Berlinale Goes Kiez" was supported by the Medienboard Berlin-Brandenburg. 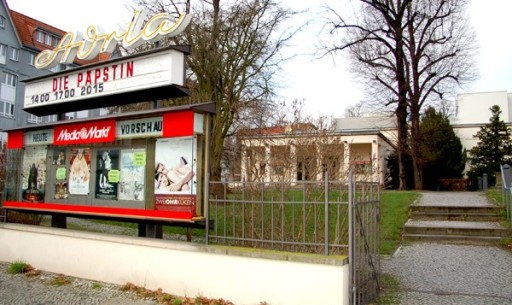 The Adria Lichtspiele theatre was designed by the architect Hans Bielenberg in 1952. Both the box office and the foyer, which were last renovated in 1989 along with the auditorium, are kept in a 50's style with many lovingly preserved historical touches. Particularly noteworthy and one of a kind in Berlin is the historical advertising poster with the slogan "Enjoy yourself for a few hours – go to the Adria", as well as the floor tiles and the blue carpet inscribed with the name of the theatre.
Cinema Patron: Andreas Dresen 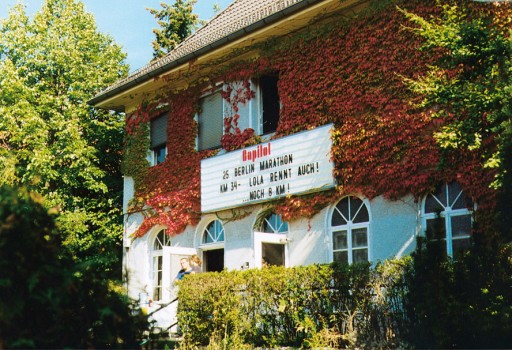 The Capitol Dahlem theatre in Zehlendorf dates back to 1946 and is unique in many ways. Not only does it lie tucked away between ivy-covered villas and university buildings, the cinema was built around the projection room in the home of Carl Frölich, President of the Reich Film Office under the Nazis. The old "Zeiss/Ikon" projector in the back of the foyer, a spotlight and old film posters give the cinema, which was taken over by the Yorck-Kinogruppe in 1994, the charm of a grand old apartment.
Cinema Patron: Hans-Christoph Blumenberg 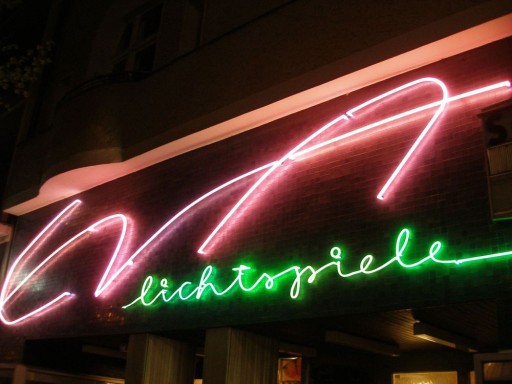 Opened in 1912, Eva Lichtspiele is the oldest movie theatre in the Wilmersdorf district of Berlin, and since the cinema was hardly damaged in the Second World War, there was never a break in business. In the 1920s, films were screened here with live accompaniment, at first by a violinist and later by a whole orchestra. Many unique features of the building, such as the elegant neon lettering on the façade, are still preserved today. The sophisticated ambiance is complemented by an informal style – latecomers, for instance, are guided to their seats with the help of a small torch.
Cinema Patron: Sebastian Schipper 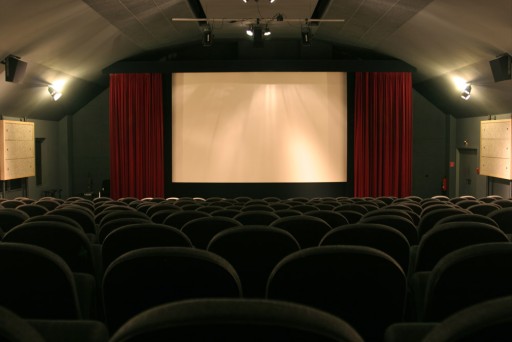 The Hackesche Höfe Kino, located on the top floor in the front courtyard of the Hackesche Höfe in Berlin-Mitte, was opened in 1996. The plentiful information available at the theatre and on in its website (just revised in 2009) reflects the cinema’s strong focus on content, which is also evident in its programme. European arthouse cinema and films from Germany, German and international documentaries, American independents and artistic creations from filmmakers around the world make up the theatre’s diverse programme.
Cinema Patron: Tom Tykwer 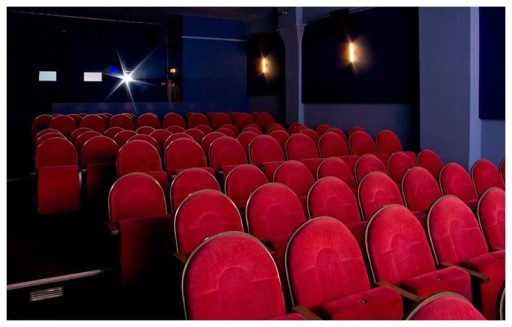 Many legends surround the history of the cinema Moviemento. For example, it is said that the word Kintopp was invented here, after the first owner of the cinema Alfred Topp, who established it in 1907 in the function room of his restaurant. Manfred Salzgeber turned the Kreuzbergian cinema into one of the first independent cinemas; since the 1980's and with Wieland Speck, Blixa Bargeld, Elser Maxwell and later Tom Tykwer, it became a popular meeting point for all kinds of artists. The Moviemento has a long-standing tradition for creativity, innovative ideas and originality. Even today when you walk into the cosy foyer, you never know, you may just happen to meet the next Tom Tykwer here.
Cinema Patron: Claus Boje 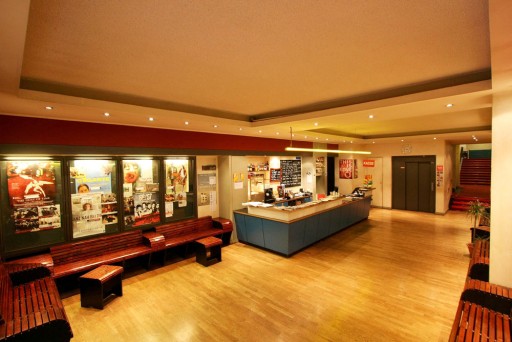 The Neue Kant Kinos in the Berlin district of Charlottenburg, housed in a former hotel, has been around since 1912, making it one of Berlin's oldest movie theatres. The cinema looks back on a colourful history: In the 1980s it was one of the institutions of the Punk and New Wave movement – David Bowie, Joy Division, The Police, Siouxsie and the Banshees and other groundbreaking acts played here. After extensive renovations in 1996, the theatre was taken over by Gerhard Groß and Burkhard Voiges, whose new focus on German, European, but also Latin and North American film firmly re-established the Neue Kant Kinos' place in the Berlin arthouse scene.
Cinema Patron: Hans-Christian Schmid 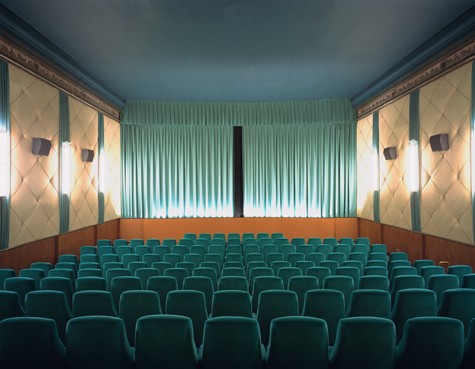 The Neues Off, which opened its doors in 1919 as a music hall, popular theatre, and ballroom all in one, was turned into a cinema in 1926. The Yorck-Gruppe acquired it in 1979 and renovated it completely in 1998, lovingly preserving its 1950's style. Particularly striking are the restored ceiling friezes, the fabric-covered walls and the original red Sarotti counter from the 50's. The Neues Off hosts a variety of special events, including, since 2007, the Turkish Film Week.
Cinema Patron: Christian Petzold 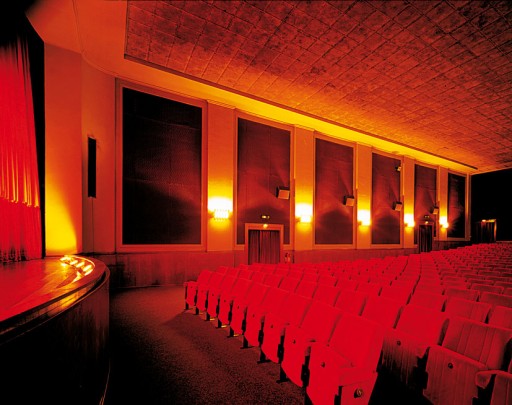 The Odeon theatre in Schöneberg, which went by the name of Filmbühne Sylvia when opened in 1950, was taken over by the Yorck-Kinogruppe in 1982 and renamed three years later. The cinema, which primarily shows English-language films in the original but also hosts the annual French film festival Cinéfête, is steeped in nostalgic Americana. The "Celebrity Wall", for instance, is redecorated every month to celebrate the birthdays of big-name movie stars.
Cinema Patron: Wim Wenders 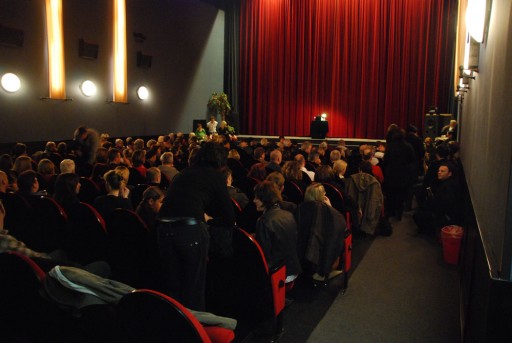 The Kino Toni theatre in Weißensee has a long tradition: It was opened in 1919 as a silent film theatre, which caused a real sensation at the time. The Toni, which at first was both a cinema and an apartment building, was not destroyed in the Second World War, but had to be renovated under Soviet command. Its repainted screen and illuminated showcases soon made it the eye-catcher on Antonplatz. In 1979, the Toni, a listed building, became the last cinema in East Berlin to be transferred from private to public property. After reunification, it was bought by director Michael Verhoeven, who had it renovated in 1995/1996 and added a second auditorium called Tonino.
Cinema Patrons: Michael Verhoeven and Senta Berger 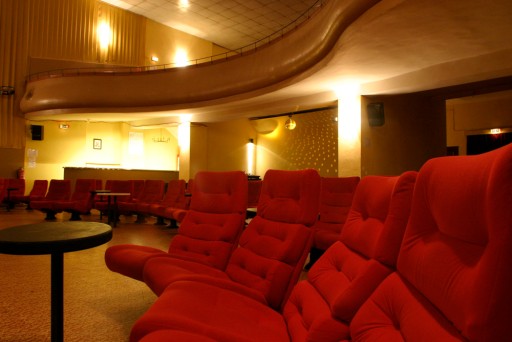 In 1913, the music room of a restaurant was renovated to create the Union Filmtheater. Wolfgang Lippert bought the cinema in 1994, but had to close it in 1998 because of problems with the state agencies that managed the property. Not until 2001 were funds secured to save the cinema, but it was still another two years before the Union started screening films again, under the management of Matthias Stütz. It is not only the diversity of its programme that sets the cinema apart from other movie theatres – it is also used for events such as parties, readings and concerts.
Cinema Patron: Katrin Saß