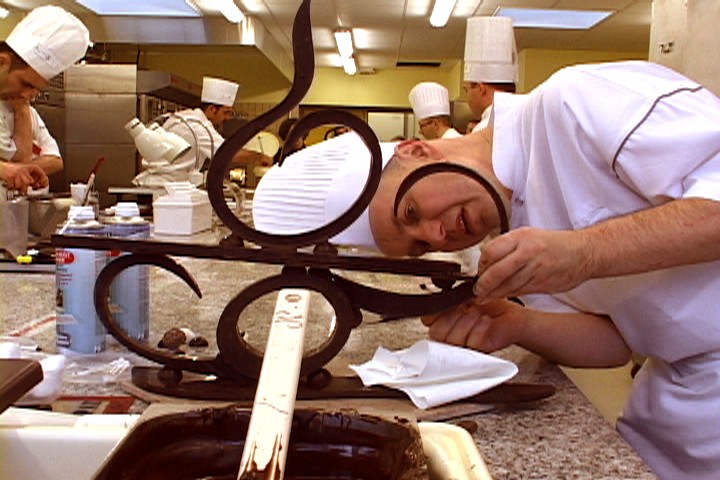 Baking for your homeland is sweet and honourable, at least in France. Under the patronage of President Sarkozy the competition Meilleurs Ouvriers de France – MOF (Best craftsmen of France) takes place. Every four years, also the patissiers are honoured. Taking part for the first time were the documentary film makers Chris Hegedus and D. A. Pennebaker.

Penny, as his friends call him, belongs without doubt to the masters of the documentary film. Since the 1960s, he has been shooting the greatest music films, with John Lennon, Jimi Hendrix and the Rolling Stones, to name but a few. Since the 1980s he has been cooperating with his partner Chris Hegedus. They have both made numerous films about politics, theatre and music.

Chris and Penny had to go about filming extremely carefully since not only the creations but also the patissiers’ natures are extremely fragile. The audience shakes with nerves when the stressed masters carry their pieces of art into the hall to be judged. Now even shock absorbers could not prevent an accident.

Balance is key in pastry baking, just like in other areas of nutrition. After the film we will discuss critical issues concerning increasing sugar consumption in the world. Among the panellists there are not only film makers but also Josef Zotter, trained patissier and owner of a chocolate factory.
by Chris Hegedus, D.A. Pennebaker
with Jacquy Pfeiffer, Sebastien Canonne, Rachel Beaudry USA 2009 84’ 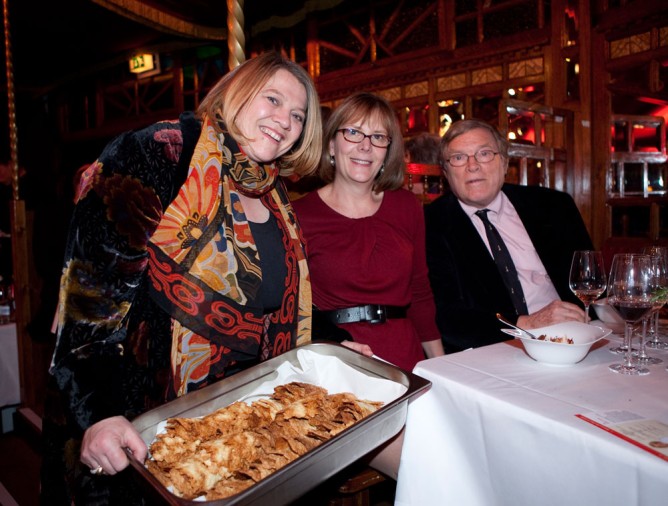