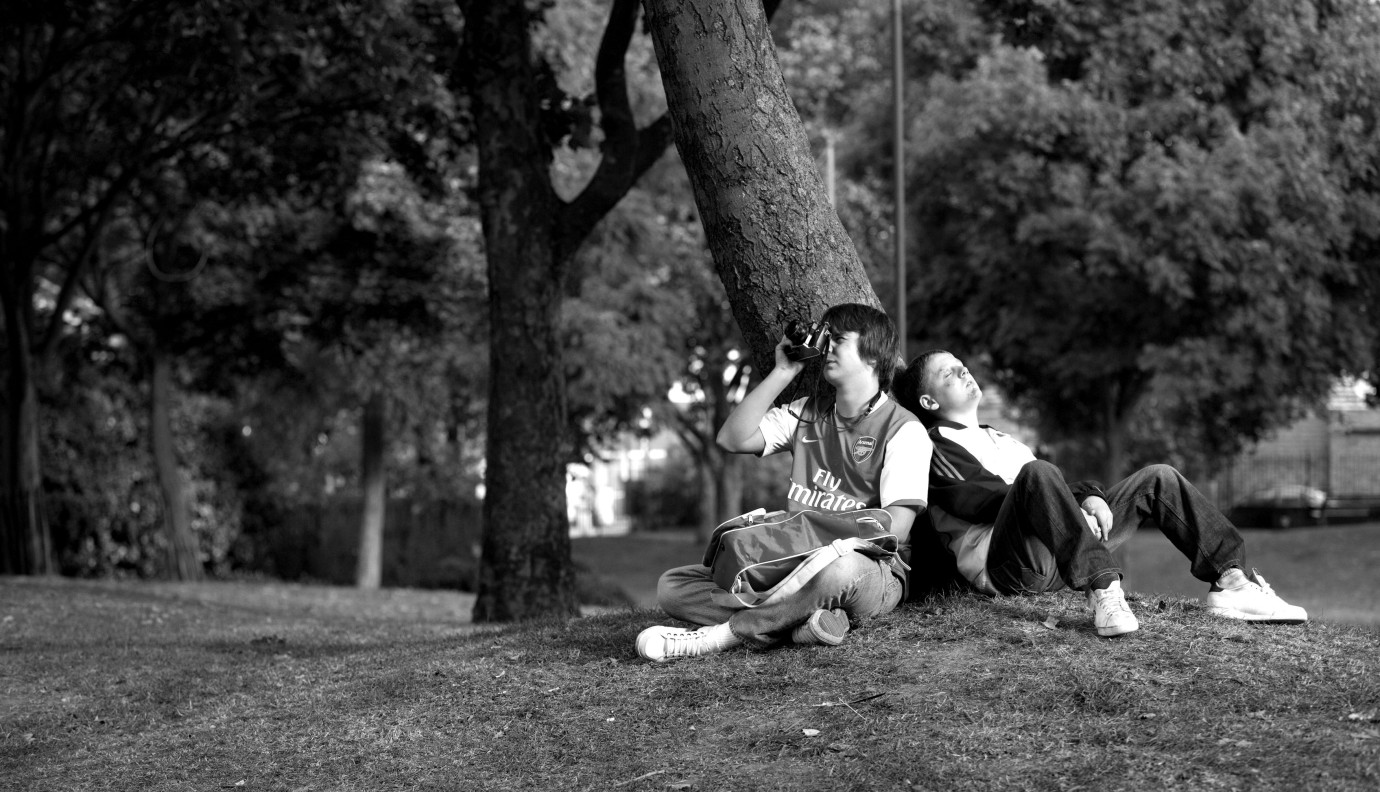 Tomo turns sixteen and is no longer under parental care – another good reason for him to leave behind his harsh and lonely existence in the Mid­lands and move to London. Marek has emigrated to London from Poland. He still lives with his father who spends most evenings getting drunk with his pals on the building site. Marek is a quiet, sensitive boy who is interested in photography and who doesn’t feel at all comfortable in his father’s world. Tomo and Marek are both searching for something. Of one thing they are certain: they don’t want to live like their fathers. The two boys meet by chance in the London district of Somers Town. They soon become friends. Tomo moves in with Marek and his father, who doesn’t even notice. The pair earns a little cash from an eccentric neighbour. Marek’s muse is Maria, a French waitress at the local café. She soon becomes an obsession for both friends, who follow her every move. Then one day Maria disappears from their lives, leaving the boys alone and dumbfounded. Marek and Tomo drift through the night, drinking themselves into a stupor to dull their pain. Naturally, Marek’s father chooses this of all moments to discover Tomo, who is of course promptly given his marching orders.
Filmed using black-and-white stock in present day London, SOMERS TOWN is a film about inhospitable suburbs, broken families and loneliness that can only be eased by friendship – such as Tomo and Marek’s. 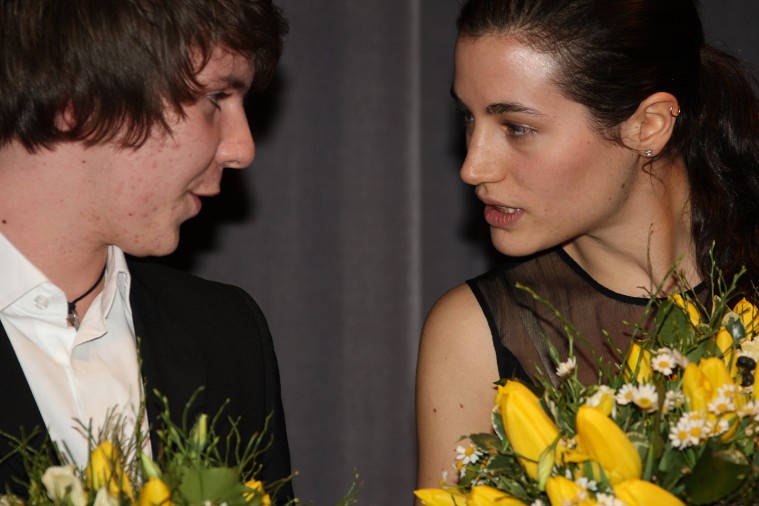