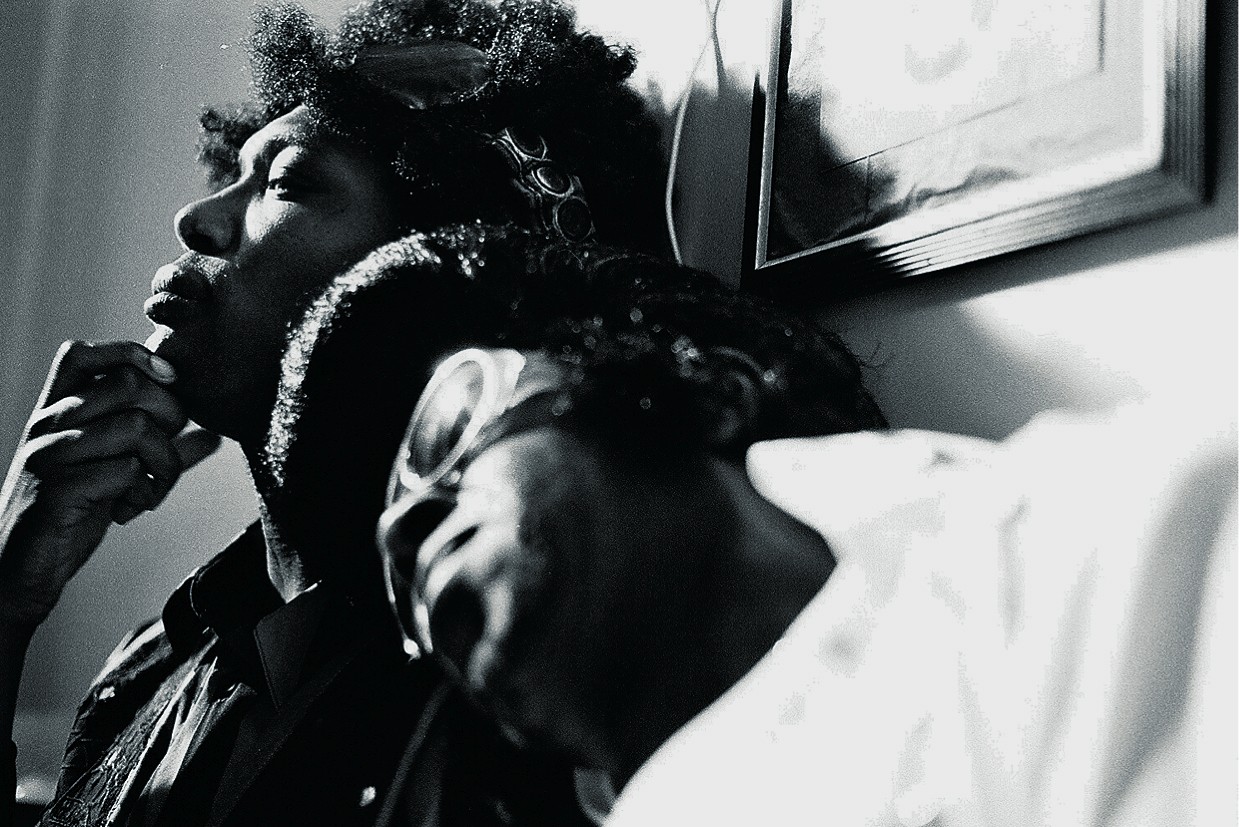 When Derek is a young boy, his father calls him Elvis. On his birthday he gets a white suit and his hair straightened. In his bedroom, posters of Jimi Hendrix hang on the walls and Derek is playing cowboy, but in the living room, the music of the King is playing. In the end he can't take it anymore and the father has to die. Now a young man, Derek calls himself Jimi, wears a wild curly wig and looks for a new father. But when this one also dies, Derek asks the dead man a question that his real father never answered: Why Elvis?
Elvis Pelvis tells the story of idols that are never allowed to die and of people who can't survive them. "Ready or Not - Here I Come" - the search for identity is a game of hide-and-seek, a masked ball. And because the question of identity is an existential one, the game quickly becomes dead serious: Family, home, city, and soul become a claustrophobic showplace for a showdown, in which there can be no winner. Elvis Pelvis has the intensity of a disaster. The film portrays people who can never leave the prison of their own imagination, the loss to the world is totalitarian. Hunted by the longing for the self and by the ghost of Black American Heroes, Derek roams through the city. And his search is no longer for abstract idols, he's looking for release, for one moment when everything will be okay.
Jutta Doberstein