Brand Upon the Brain! 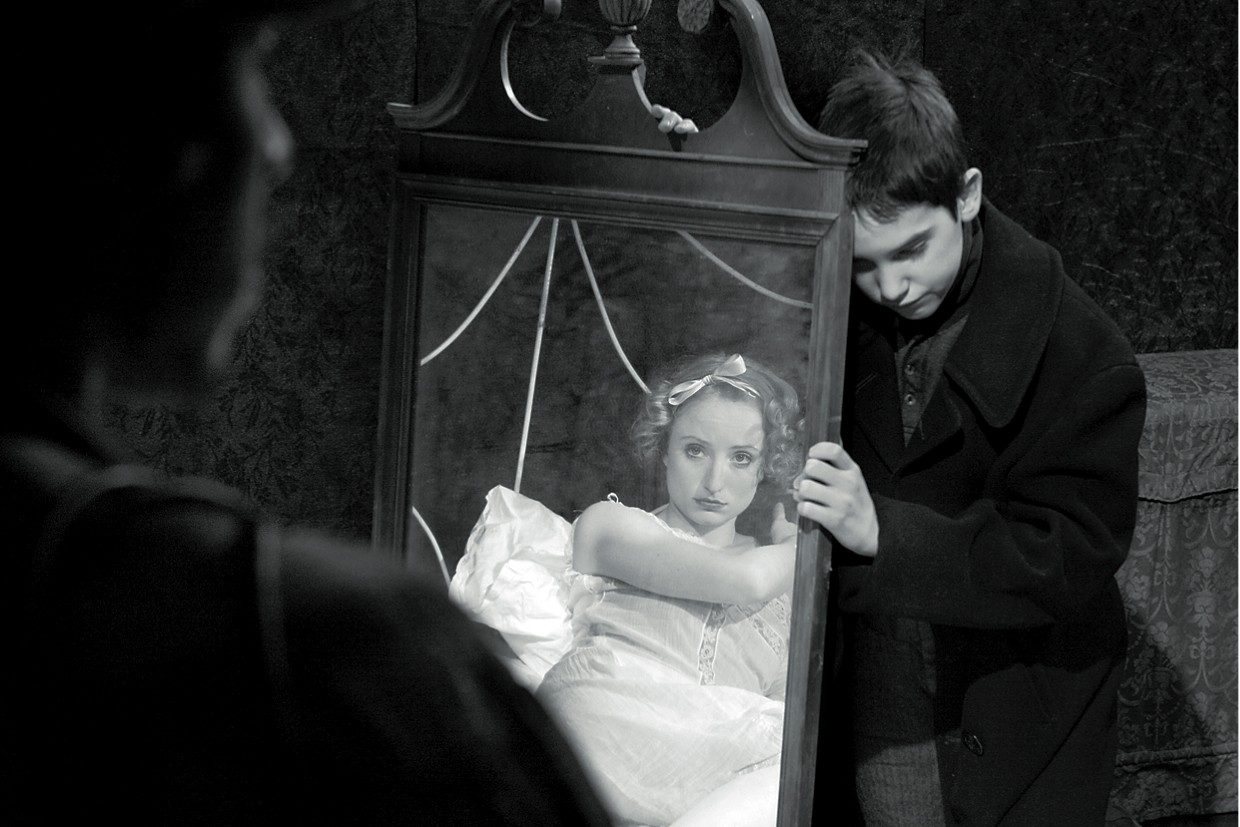 © Adam L. Weintraub
Guy and his sister grow up on an island. His domineering mother keeps watch over everything from the tip of a lighthouse, his eccentric father experiments in the basement laboratory. Then there are the orphans, on whose heads the adoptive parents later find puzzling wounds. Another brother and sister pair is sent to the island: the Lightball Kids, two detectives that are meant to bring light into the darkness. The brothers and sisters are all yanked into the emotional roller coaster of first love, while something cryptic comes to light in the parents' house.
Guy Maddin from Winnipeg, the snowiest place in Canada, has found a language that manages to record an inner world of its own. A film language that's so personal that it writes its author's biography anew, indeed takes on his identity. When in the epilogue he unsuccessfully tries to give the house that he grew up in a new coat of paint, it's already too late: The most intimate, the family film, has grown into an opera spectacle in the classic Maddin format: as a silent film with expressionistic pathos. The newly chosen genre of the detective film announces a structure in the depths of the Maddinesque soul. But its unfathomability is too auspicious.
Stefanie Schulte Strathaus