“It’s as if the Berlinale were a dream in which desperate Danes get closer to one another while learning Italian, Michael Douglasfinally understands his daughter and water lilies grow in the lung of a Japanese woman. Sometimes the dream turns into a nightmare, you’ve got to expect that in the cinema.” – Frank Junghänel provides insight into a chronic festival syndrome in the “Berliner Zeitung”. 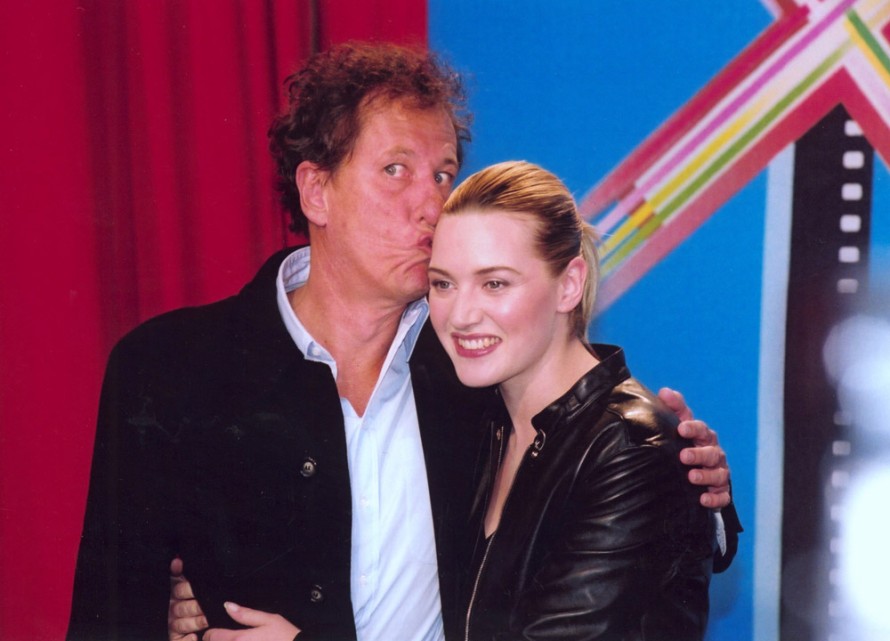 By the end the mood was upbeat after all. 2001 was considered a very mixed and cumbersome, and yet precisely for this reason, very timely year for the Berlinale. Moritz de Hadeln’s last Berlinale began with a sputter: the Franco-German-American co-production Enemy at the Gates opened the festival and was a total flop with critics and the audience alike. The star-studded, 180 million deutschmark Stalingrad drama was meant to showcase Germany and especially the studios in Babelsberg as an international production location. This attempt was interpreted as an inadequate “look at us, we’ve become something again”.

As far as German film, the discussion had already heated up. In the previous year, the Berlinale selection committee had rejected Oskar Röhler’s Die Unberührbare | No Place to Go which went on to become a hit in theatres. Instead, Filippos Tsitos’ German-Greek co-production My Sweet Home ran as the only German film in the Competition. With bitter irony, commentators pondered over what could have been done with the millions in German film subsidies that had been invested in Enemy at the Gates... 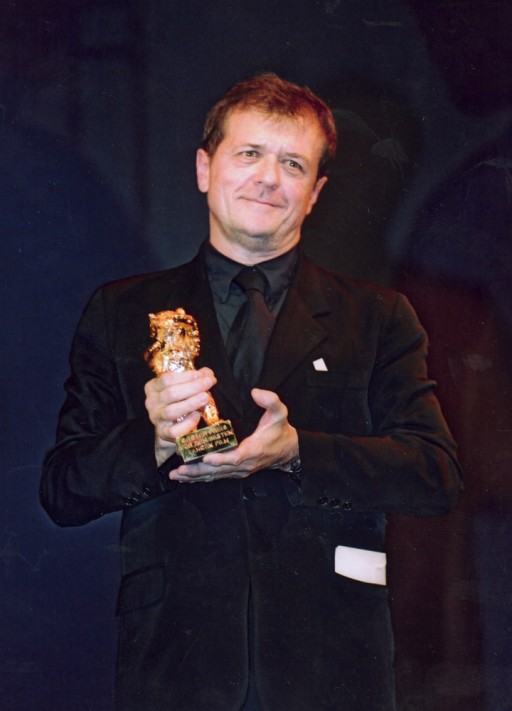 For one thing, films such as Hannes Stöhrs’ Berlin is in Germany, for example, which won the Panorama Audience Award, or Angela Schanelec’s Mein langsames Leben | Passing Summer, which ran in the Forum. Big budgets are no guarantee of quality. In Germany, though, it was sad that one had to demonstrate again and again how films could be made with little or no money. “Kosslick’s first task will be to create a forum for German film in the Competition,” noted Michael Althen in the “Süddeutsche Zeitung”. The discussion about the little or no attention given to German cinema was mostly confined to Germany, though.

International perception of the festival was dominated by other topics. For example, it was pointed out that none of the US contributions came out of a major studio. Steven Soderbergh’s Traffic, one of the festival’s first highpoints following the opening flop, was seen as a well-produced work full of character by an “independent” director. John Boorman’s The Tailor of Panama and Mike Nichols’ haunting drama Wit were anything but cut and dried, slick products. Even the heated debate surrounding Ridley Scott’s calculating shocker Hannibal revolved more around the question of how much violence art can tolerate, than whether a film was being shown whose success at the box office was already a given.

Asides from this debate, many commentators focused on the noticeable presence of corporeality, sex and intimacy in the films of this year. While defiant films such as Kirsten Sheridan’s Disco Pigs are normal for the Panorama, the Competition also took a provocative direction with Bear-winner Intimacy and Catherine Breillat’s A Ma Soeur | Fat Girl. Further critic favourites were Lucrecia Martel’s La Ciénaga | The Swamp and Lone Scherfig’s Italiensk for Begyndere | Italian for Beginners. If Intimacy polarized opinion, praise was heaped on Scherfig’s mellow “post-Dogma film” by audience and press alike. The dramaturgy in the Competition hit the right note, even if no single film stuck out.

Eastern Europe was absent from the Competition. While Hungarian director Péter Gothár’s Paszport | Passport and Slovak Martin Šulik’s Krajinka | Landscape received critical acclaim, in general this Berlinale was seen as an indicator of the economic difficulties faced by the Eastern European film industry. Instead, much attention was given to the strong presence of young Asian directors. In both the Competition and Forum promising filmmakers from China, Thailand, Japan and Korea presented their work and a special series was dedicated to Vietnam in the Forum.

Wang Xiaoshuai’s urban ballad Shi Qi Sui De Dan Che | Beijing Bicycle and Lin Cheng-sheng’s Ai ni ai wo | Betelnut Beauty were honoured with prizes in the Competition and were met with broad recognition. One of the most-noticed films in the Forum was Kaze Shindô’s Love/Juice from Japan and Zhan tai | Platform by Jia Zhang-ke. The young filmmaker had just founded the first independent production company in China and therefore represented new, daring Chinese cinema. The Berlinale had convincingly fulfilled its promise to provide a platform for Asian cinema, and the international press acknowledged this as a considerable achievement by Moritz de Hadelns.

The farewell of a man who had led the festival for two decades was also a major topic of discussion. In an article for the “Wiesbaden Kurier” Gerd Klee pointed out how criticism of de Hadeln had often been exaggerated. “If they could make him responsible for the mostly icy or rainy weather during the Berlinale, they surely would have,” remarked Klee, noting however a slow change in mood – even de Hadeln’s harshest critics had praised his work. In fact, most commentary on de Hadeln’s departure was objective and struck a conciliatory tone. 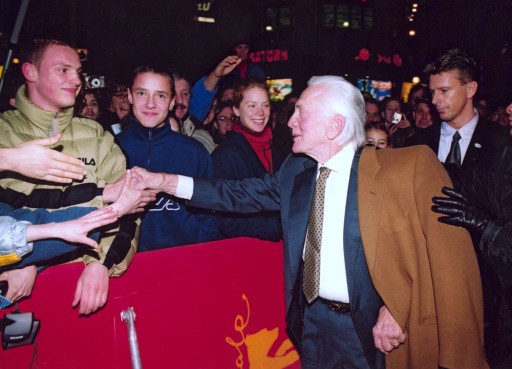 The Homage was dedicated to Kirk Douglas.

A special series “Moritz’ Favorites” recalled de Hadeln’s dedication to the Berlinale and international film: movies which he brought to Berlin, which told 22 years of film history. Success, which had become such a relative term over the years, was, once all was said and done, de Hadeln’s legacy. He handed down an intact, internationally respected festival where the number of visitors once again topped the record of the previous year.

A further change took place at the head of the Forum this year. Ulrich Gregor, the section's co-founder and “spirit”, passed his position on to film journalist Christoph Terhechte, who had been in the Forum's selection committee since 1997. No single person was connected to the Forum in the public eye as much as Ulrich Gregor. However, the Forum had always been a collaborative effort, which, more than anyone, Erika Gregor had helped to create. The same could be said for Erika de Hadeln, who equalled her husband when it came to both competence and dedication to the Berlinale. The “two Erikas” were co-creators of the festivals, a fact that was not always acknowledged.

The changeover was cordial and smooth. De Hadeln’s successor Dieter Kosslick was already present at the 2001 festival as a silent observer and sat in on meetings. He didn’t pass up a single opportunity to praise the work of his predecessor and to keep expectations modest. At best he would “shake out the pillow and smooth out the sheets,” as Kosslick put it in an interview referring to the handover. Even his charming understatement wouldn’t protect him from becoming the embodiment of great expectations and the object of copious speculation. Still, judging by Kosslick’s biography, he could be expected to leave his unique mark on the festival: as a young man a film critic, festival organizer in Hamburg and finally, as director of the NRW Film Foundation, one of the most influential actors in German film funding.