“The system has a way of dictating and defining lives; exactly what I wanted to react against. The world's conflicts do not directly touch everyone. The sad result of this is that the untouched are usually not very interested in those problems. At least not interested enough to look at the streets' water puddles for reflections of life's other faces. With Günese Yolculuk, one can see clearly that the too-often ignored other sides of life lie just around the corner.”– Director Yesim Ustaoglu whose film Günese Yolculuk was taken to the headlines when pro-Kurdish demonstrators used its premiere as a chance to speak for their cause.) 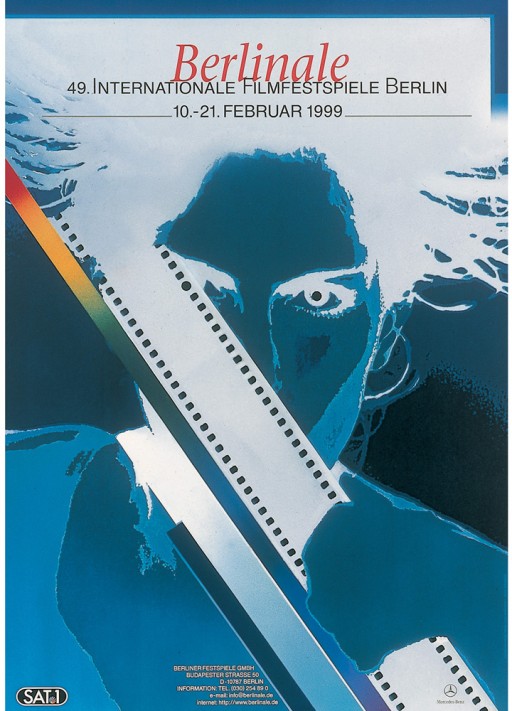 Political man-power before a festival of strong women

It was to be the last Berlinale held in the old festival centre around Kurfürstendamm. The move to Potsdamer Platz was planned for 2000. Following years of dispute about the new location, this year the political camp was visibly making an effort to signal its support for the Berlinale. Berlin mayor Eberhard Diepgen and Michael Naumann, the federal government’s representative for culture and media, spread good cheer and optimism. And for the first time in its history, the Berlinale was opened by a German chancellor. Gerhard Schröder’s appearance was broadly seen as a positive sign.

But when it came to the films, it was above all women that dominated the positive image of a lively Berlinale. Jury president Angela Molina appeared sprightly and good-humoured; Shirley MacLaine, already a long-time friend of the Berlinale, appeared as a celebrity guest; actresses Sandrine Bonnaire, Jennifer Jason Leigh and Gwyneth Paltrow sparkled in Competition films. There were the directors Yeşim Ustaoglu and Manuela Viegas, whose films Günese Yolculuk | Journey to the Sun and Glória gave everyone goosebumps. Juliane Köhler and Maria Schrader played the lovers Lilly Wust and Felice Schragenheim in Max Färberböck’s opening film Aimée & Jaguar and were rightly awarded the Silver Bears as best actresses. And finally, the real Lilly Wust made a moving appearance on the stage of the Zoo-Palast, declaring in a faint voice that she still loved Felice, a Jewish journalist who was murdered in a concentration camp. 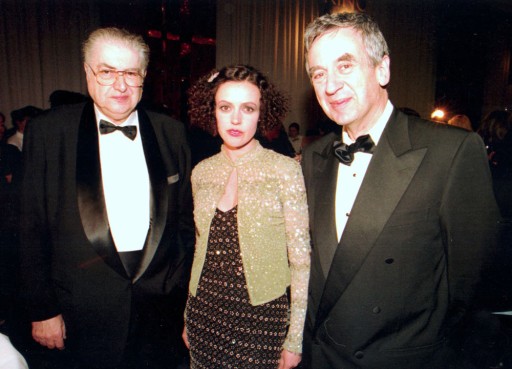 A strong showing of European film

Although the Competition was not necessarily stronger than the previous year, the 1999 Berlinale appeared to be have been blessed with better luck. It was an especially strong year for European films. Claude Chabrol’s Au coeur du mensonge | The Colour of Lies und Bertrand Tavernier’s Ça commence aujourd’hui | It All Starts Today belonged to the best films that these two inexhaustible old masters had produced in years. With Färberbock’s celebrated film and Andreas Dresen’s homage to Berlin Nachtgestalten | Night Shapes, Germany was better represented than in a long time. Søren Kragh-Jacobsen’s Mifunes sidste sang - Dogme 3, the first Dogma film to be shown in the Berlinale Competition, lived up to high expectations. Though not the most radical film from the new Danish school, which had won back so much attention for European film, it was altogether a success. An insider’s tip was Thomas Vincent’s Karnaval, a precise observation of crumbling facades and dirty grimaces amidst the delirium of a carnival night in Dunkirk.

Unexpectedly, Yeşim Ustaoglu’s Günese Yolculuk | Journey to the Sun became politically relevant. This quiet film about a Turk and a Kurd was a favourite among the critics and called for reconciliation, without appearing quixotic. Kurdish demonstrators used the premiere to draw attention to the repression of their people and culture. They demanded the release of the leader Abdullah Öcalan from Turkish prison. The protests escalated and led to the occupation of the Greece consulate – an incident that “unnecessarily burdened the screening of this unostentatious portrait of a dying culture,” stated Wolfgang Jacobsen in “50 Years Berlinale”, overlooking though apparently that it was exactly the “quiet” death of their culture that had fuelled the anger of the demonstrators. 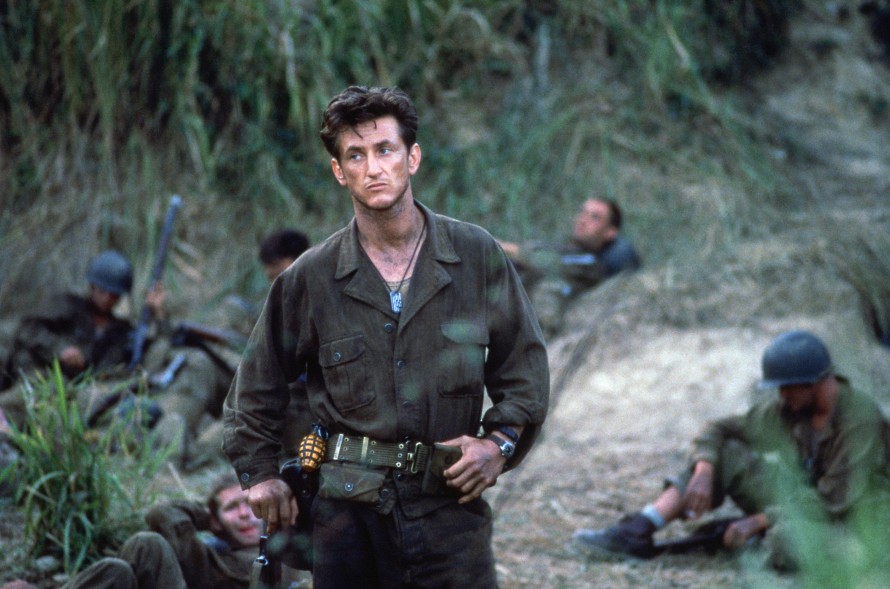 Masters of US cinema set the tone

With Robert Altman’s Cookie’s Fortune and Terence Malick’s The Thin Red Line two old masters made American cinema shine. Cookie’s Fortune entertained, The Thin Red Line was grand cinema for the big screen, and showed a stroke of genius in its use of stylistic devices. “One can reject, even hate its poetry, its meditative mood, the apocalyptic feeling steeped in the deep alienation of its protagonists, at any minute be condemned to death – but unlike conventional bloodbaths such as Saving Private Ryan, this film doesn’t let you look away,” wrote Jan Schulz-Ojala in the “Tagesspiegel”. The Golden Bear was a surprise, but seemed all the more justified because it ignored considerations such as the fact that a strong European Competition should have had a “European winner”, as some thought. The jury’s decision considered only the film and its creator.

A brilliant year for the Panorama

A strong Competition often casts a shadow over the Panorama. That this didn’t happen this year is a testament to the solid profile that the section had gained under the leadership of Wieland Speck. Tim Roth’s War Zone, Lukas Moodysson’s Fucking Åmål | Show Me Love and Benito Zambrano’s Solas | Alone, which won the first Panorama audience award initiated by “Tip” magazine and Radioeins, were more than just confirmations of a strong European showing. These films were typical of the Panorama’s profile, for contemporary auteur films that tell their story directly and passionately. The Panorama hadn’t encountered such a broad and enthusiastic reaction in a long time. 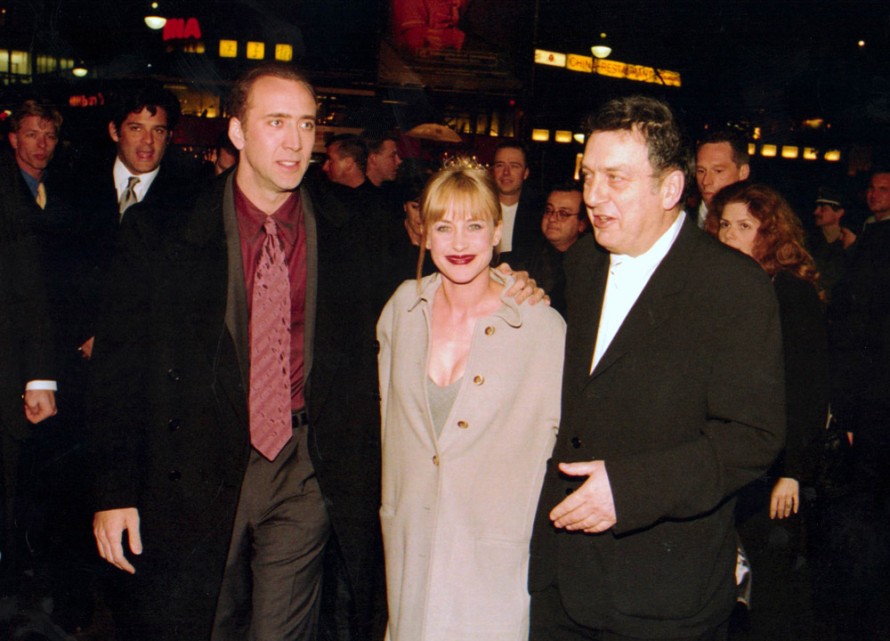 New awards in the Kinderfilmfest

In the Kinderfilmfest, too, a “feminine touch” was noticeable: many films took their stories from the experiences of girls growing up, as in the opening film De bal | The Ball by Dany Deprez and in Tobias Falk’s adventure Stjärnsystrar. While several observers were seriously concerned about the poor showing of Eastern cinema at the festival, the Kinderfilmfest supplied – as it so often did – a counterpoint. In Valerij Prijomichov’s Kto, yesli ne my | Who, If Not Us Russian youth have arrived in the harsh post-socialist present. Many wished for a prize for this strong film. Such as the newly donated prize from the charity Deutsche Kinderhilfswerk, which came with 15,000 deutschmarks for the best feature film and 5,000 deutschmarks for the best short film.

German film made lasting impression, not just in the Competition. Kutlug Ataman`s Lola und Bilidikid became a favourite with audiences in the Panorama. The third “lady” in the cast was the city of Berlin, in particular the Kreuzberg district. This too was an enjoyable thread that ran through this Berlinale. Oskar Roehler’s Gierig in the Panorama, Thomas Arslan’s Dealer and the experimental killerberlin.doc in the Forum: films that put modern day Berlin on the big screen.

If the other sections had lived up to the high expectations placed upon traditional film producing countries, the Forum – and this was to be awaited – offered a look at less well-known cinematographies. A series presented films from Morocco and with Rakshan Bani Etemad’s Banoo | The May Lady there finally was a film from Iran shown again in the festival. An audience favorite in the Forum was La vida es silbar | Life is to Whistle by Fernando Pérez. And Aki Kaurismäki’s Juha was "something else", more due to its form than its origins: no dialogue, staged almost statically with inter-titles and traditional Finish music. The premiere was accompanied by the finnish symphonic orchestra.