“I do not think that in the past century any other city in the world has been chosen more often by Good and Evil as their playground than Berlin.” – Milos Forman, who was awarded the Golden Bear for his film The People vs. Larry Flint. 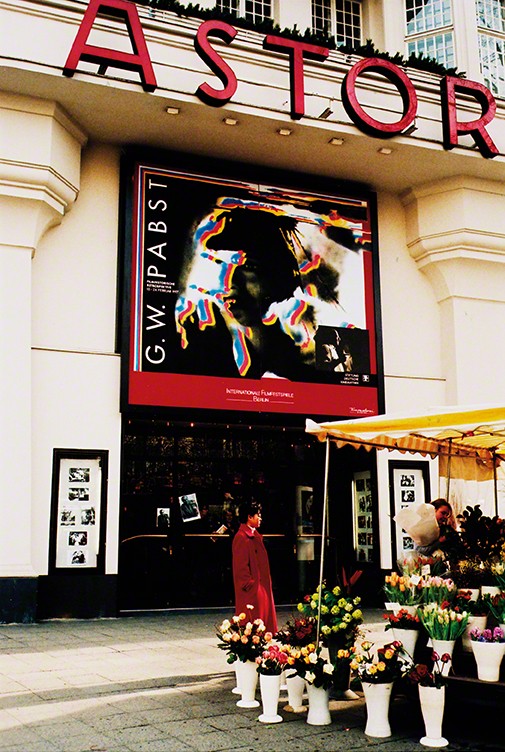 The Astor at the Kurfürstendamm

Moving plans with a lot of unanswered questions

After the 1996 Berlinale, the idea of moving the festival to Potsdamer Platz had quickly become more tangible. In June 1996, the Berlinale received a concrete offer from debis Immobilienmanagement GmbH. After going over the offer, however, it was first turned down. In light of the unfinished condition of many of the buildings, it is hard to see evidence that the new location was in fact appropriate for the festival.

The offer for office space seemed insufficient, there were no provisions for a film vault, no plans for a large venue for the film trade fair and where could the press centre find space for its demanding technical infrastructure? It was also doubted whether the multiplexes incorporated in the building plans offered enough capacity – at this point they had found no operators. Last but not least, the musical theatre of the Stella Group was initially seen as less than ideal as a premiere cinema for the Competition. It offered an impressive amount of space, but would the screen be large enough and would the acoustics meet the requirements – which are completely different for cinema than for theatre?

De Hadeln in the line of fire again

Considering the many unanswered questions, it was understandable at that point that Moritz de Hadeln had reservations about a move and first voted to stay at the old location. His careful “no” was immediately presented as a “blockade mentality”. From then on, de Hadeln was considered an “opponent of the move”. To make things worse, this sometimes heated discussion was being held against the backdrop of further budget cuts.

For good measure, Ulrich Gregor’s and Moritz de Hadeln’s contracts had expired and in the meantime politicians had also adopted the view that de Hadeln stood in the way of a renewal of the festival. From the offices of the Culture Senator came the following words: “The film festival will continue. However, it’s uncertain whether it must be in connection to the current management constellation.” De Hadeln’s position had never been so bluntly put into question. Perhaps the critics had treated him too harshly for too long – at any rate, the festival director was worn out by the constant attacks aimed at him and for the first time considered a premature resignation. 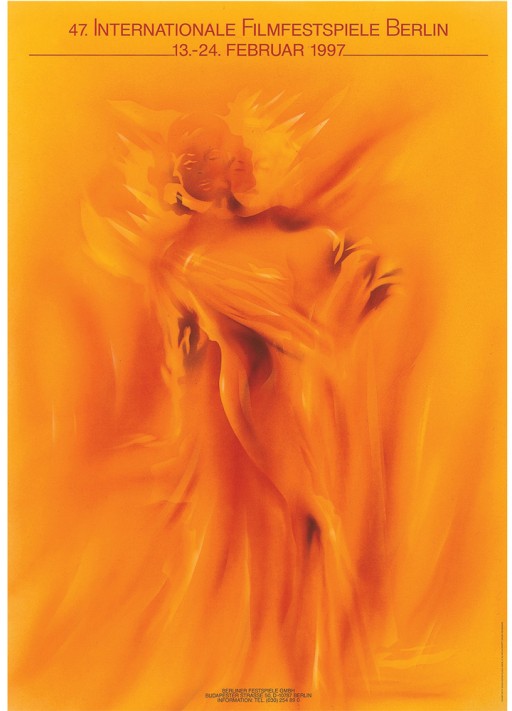 uproar had actually begun earlier. The 1996 Berlinale, a good year according to most observers, had hardly finished, when a discussion paper by Berlin’s Senator for Science, Research and Culture Peter Radunski raised eyebrows. The Senator presented unusually detailed plans to restructure the festival. The political will to bring the festival to Potsdamer Platz was strong. But above all, the suggestion to hold the Competition and Forum at different times, and to essentially make two festivals out of one, was like pouring salt on open wounds. Radunski made a case for more effective management and a more audience-friendly programme, but failed to recognize that the unique identity of the Berlinale lay in its diversity, frictions and contradictions.

Radunski’s proposals came at the wrong time and found little support, but caused an uproar. Soon Berliner Festspiele director Ulrich Eckhardt felt he had to warn against “talking up a crisis which didn’t exist.” While in fact there was cause to examine with a critical eye coordination between the sections, this would have been actually prevented by Radunki’s unfortunate ideas.

Shortly before the start of the 1997 Berlinale, the management of the festival met representatives of the debis company, which owned much of the property on Potsdamer Platz, in order to discuss moving the Berlinale to Potsdamer Platz. The investor showed willingness to compromise on the disputed points, so that on the opening day of the festival, Moritz de Hadeln could finally present an argument in favour of the move. On the same day the board of trustees gave the green light for extending Moritz de Hadeln’s contract. For the time being it was the end of a tiring poker game, in which discussions on the festival content, Berlin sensitivities, contractual negotiations, logistical considerations and financial arguments were all thrown together haphazardly. 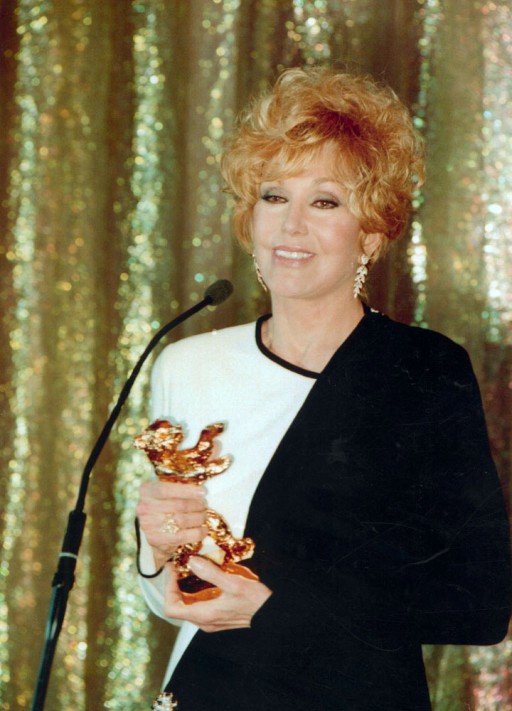 As the 47th Berlin International Film Festival got under way, the mood was strained. The optimism of the previous year had given way to a noticeable fatigue and uncertainty. Efforts surrounding individual Competition films were frustrating. The Italian selection, which had been presented to the Berlinale during a screening in Rome, was disappointing and was privately taken as an affront. The only film to be invited was Marco Bellocchio’s Kleist adaptation Principe di Homburg | The Prince of Homburg but it was retracted in favour of Cannes at the last moment. A similar thing happened with David Lynch’s Lost Highway.

The best years of our lives: Kinderfilmfest turns 20

The Kinderfilmfest, with its spontaneous and enthusiastic audience, was less sensitive to festival politics. This year the section turned 20 and didn’t let the quarrels of the “grown ups” spoil the party. For the anniversary, a Special Choice of 10 films that had marked the Kinderfilmfest was put together. But also the current programme – which ran under the slogan “Allies for a day – Friendships for Life” – was very presentable. The surprise hit was Ian Mune’s The Whole of the Moon. The Canada-New Zealand co-production tells the story of a friendship between two children suffering from cancer and was named one of the “outstanding films” by Susanne Nieder in the “Tagesspiegel”. 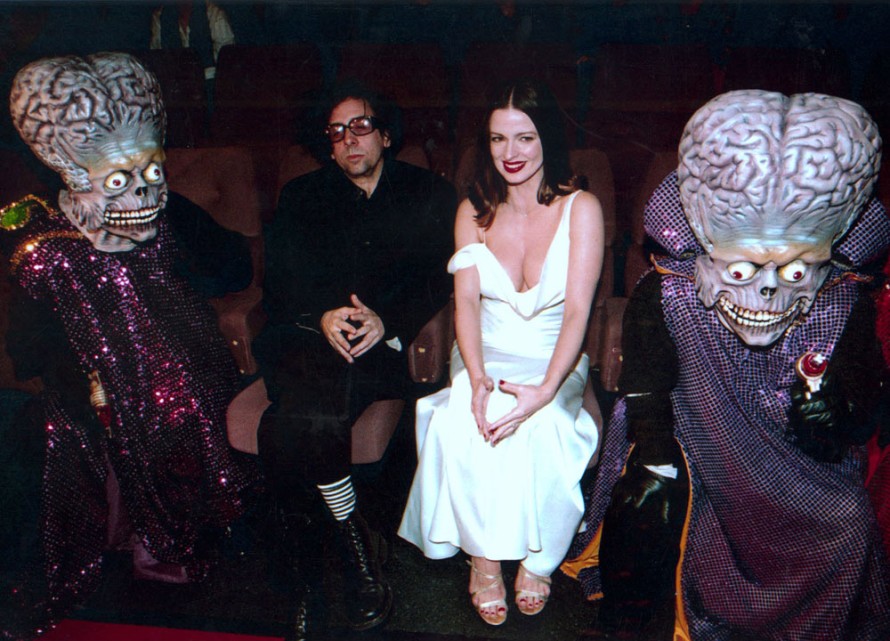 In the Competition American cinema dominated with The People vs. Larry Flint by Milos Forman, Get on the Bus by Spike Lee, William Shakespeare’s Romeo & Juliet by Baz Luhrmanns, Anthony Minghella’s The English Patient and Tim Burton’s Mars Attacks! Literary adaptation, satire, biopic with depth, star-studded melodrama, socially conscious narrative cinema – almost everything to make a good Competition was there.

And for those that still weren’t satisfied there were plenty of alternatives. Such as Tsai Ming-Liang’s quiet yet powerful film He Lui | The River. Or Kira Muratova’s Tri Istorii | Three Stories, a film out of sync with the times, playful, puzzling, chockfull of references and, like The River, an experience the viewer allows himself to be drawn into – to then leave the cinema enriched and, in a strange way, sobered.

Bille August’s Smilla’s Sense of Snow stood out in a year with many strong adaptations from literature. Wolfgang Becker’s Das Leben ist eine Baustelle | Life is All You Get was considered one of the best German Competition entries in years. An insider’s tip was Joseph Pitchadze’s Leneged Enayim Maaraviot | Under Western Eyes, an elegiac film about the journey of an exiled Israeli back to his past.

Brassed Off! and Clubbed to Death: Audience favorites at Panorama and Forum

Finally, Kevin Allen’s Twin Town was a young British entry in the Competition, a black-humoured tour de force, which in the eyes of the audience at least was trumped by Mark Herman’s Brassed Off, the undisputable hit in the Panorama section, which was to set the trend for a whole series of British comedies.

In the Forum, geographic groupings more or less formed highlights: eight films from Brazil, three Korean films, four Japanese, which together with films from China, Japan, Korea and in particular Hong Kong in the Competition and Panorama loosely formed a festival-wide focus on Asia. Instead Africa and the Arabic world were underrepresented at this Berlinale. Documentaries which stood out in this year’s Forum were Ulrike Ottinger’s Exil Shanghai | Exile Shaghai, Johan van der Keuken’s Amsterdam Global Village and Hervé Le Roux’ essay Reprise | Resumption. Yolande Zauberman’s pulsating techno fairytale Clubbed to Death was a stroke of good fortune – one could have wished for more such films this year.