“The cautiously assembled wealth of statements and descriptions, extenuations and accusations, which have long since ceased to concern one man alone, but deal with a historical rupture, after which history can never be written the same way again.” – Gertrud Koch in the “Frankfurter Rundschau” on Marcel Ophüls’ Klaus Barbie documentary Hotel Terminus, which was part of a programmatic concern in the Forum for films dealing with the Nazi past . 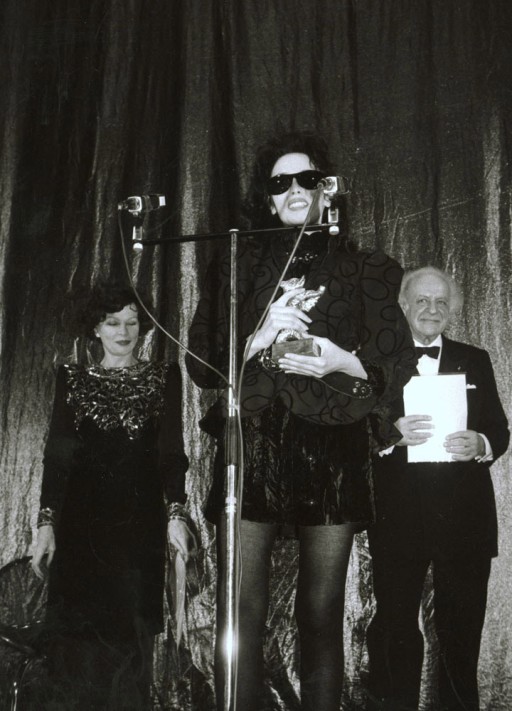 Leslie Caron, Isabelle Adjani, Rolf Liebermann: The two members of the International Jury with the winner of the Silver Bear for Best Actress

The Berlinale had become the most important international festival for films from Eastern Europe. Previously banned films were still being pulled out of the censorship bureau’s vaults in order to see the light of day at the Berlinale. The first films that were actually made during Mikhail Gorbachev’s era of perestroika were also starting to be shown. In the Competition these included Vadim Abdrashitov’s Sluga | The Manservant, while in the Kinderfilmfest, two main prizes were awarded to Isaak Fridberg’s Kukolka | A Little Doll, which addressed the phenomenon of professional sports in the Soviet Union and its devastating effects on the development of children’s personalities.

Now certain topics were no longer taboo and certain directors could be rehabilitated: Two films by the Czech director Dusan Hanák – Ja milujem, ty miluješ in the Competition and the previously banned Obrazi stareho sveta | Pictures of the Old World from 1980 in the Panorama –, Frank Beyer’s Der Bruch in the Competition, three Bulgarian “vault films” in the Panorama and several films by Aleksandr Sokurov in the Forum - it was a time for treasure hunters and explorers.

One of the most exciting films of the year was in the Forum: Malenkaya Vera | Little Vera by Vasili Pichul, a film about the Russian “lost generation”, which was vociferously making itself heard now that the politicians had finished shaking hands with each other. Hopelessness, alcoholism, sarcasm – “You start to feel sorry for Gorbatchev trying to achieve something on this basis”, Michael Kötz wrote in the "Frankfurter Rundschau". 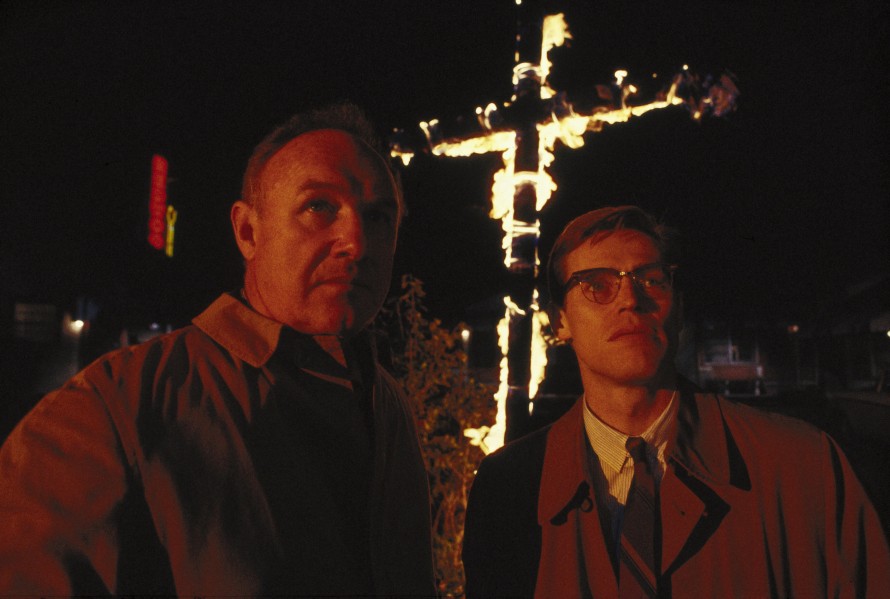 Gene Hackman, who was awarded a Silver Bear, and Willem Dafoe in Mississippi Burning

A strong showing of US cinema

If in past years there had been growing criticism of the overbearing presence of Hollywood mega-productions in the Competition, the American films this year were strong enough to be taken seriously even by the sceptics. Barry Levinson’s Rain Man, Jonathan Kaplan’s The Accused with an outstanding Jodie Foster, Alan Parker’s Mississippi Burning, and especially Oliver Stone’s Talk Radio about the murder of a Jewish radio presenter, were generally well received. That the Golden Bear would go to an American production this year seemed likely; that the jury’s choice fell on Rain Man did, however, disappoint some.

But for the first time in a while, the number of American films (which, it must be said, provided the festival with its stars) was proportionate to their quality. This contributed to an overall successful Competition year. With Stephen Frears’ Dangerous Liaisons, Derek Jarman’s War Requiem, Bruno Nuytten’s Camille Claudel and Chantal Akerman’s Histoires d'amerique | American Stories, European cinema showed itself to be in great spirits as well.

The critics’ favourite however was Jacques Rivette’s La bande des quatre | The Gang of Four, which was also perceived as an admonition not to let self-contentment lead to artistic stagnation. “La Bande des Quatre is a criticism of many other films that were shown in Berlin. Rivette opposes the wooden parading of cultural content with the art of improvisation, and well-meant camera busyness with the perfection of filmic expression […]. Gang of Four throws open a window on the screen, finally allowing us to breathe”, Andreas Kilb wrote in "Die Zeit".