"Martin Sheen and I both enjoyed the audience at the screening of In the King of Prussia. It was cynical, tough, witty, the questions were alive. No lollipops, no vacuity. Seriousness and critical views. I loved going into the zoo on my way to the Festival. Cities that are alive for 24 hours a day are for me. Sleep is not the stuff of festivals." – Emile de Antonio puts a word in for Berlin and the Berlinale audience. 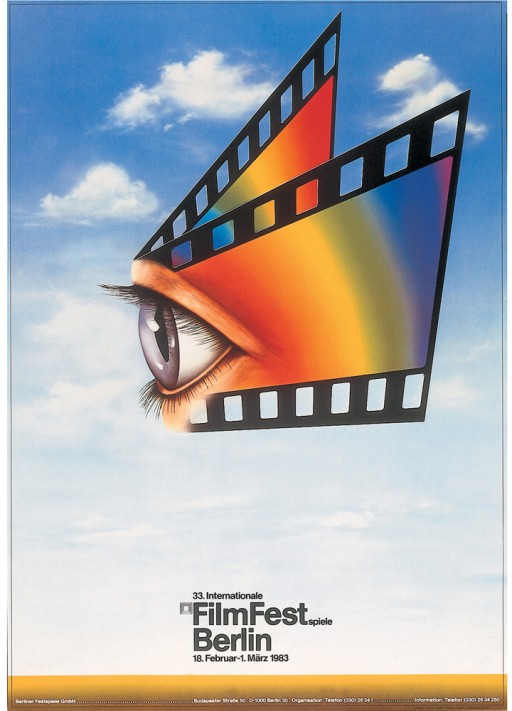 The poster of the 33rd Berlinale

number of public and professional visitors to the Berlinale had been growing steadily in the last several years. In 1983 the festival was bursting at its seams with over 4,500 accreditations, long lines in front of the cinemas and a sold-out film market. There were 394 films from 43 countries in the programme. 110,000 people attended screenings in the Competition, the Info-Schau, the Kinderfilmfest and the Retrospective – and the Forum also had a record year with over 63,000 visitors.

The Info-Schau showed the biggest increase, in terms of both quantity and quality – with entries such as Mika Kaurismäki’s Arvottomat | The Worthless, Chantal Ackerman’s Toute Une Nuit | All Night Long, Arthur J. Bresan’s Abuse, Jean-Jacques Beineix’s Diva and Im Kwon Taek’s Oyeomdoen jashikdeul | The Polluted One it screened some of the most interesting films in the entire festival. With thematic concentrations such as a “French Week” and a new “Brazilian Cinema” series, the Info-Schau was increasingly viewed as a competition for the Forum. Peter Greenaway’s The Draughtsman’s Contract was the audience favourite in that section this year. Michael Snow’s So is this, the “new wave” film Vortex by Scott and Beth B. and Haile Gerima’s Ashes to Embers stood for the Forum’s continued interest in all the facets and marginal phenomena of American cinema. 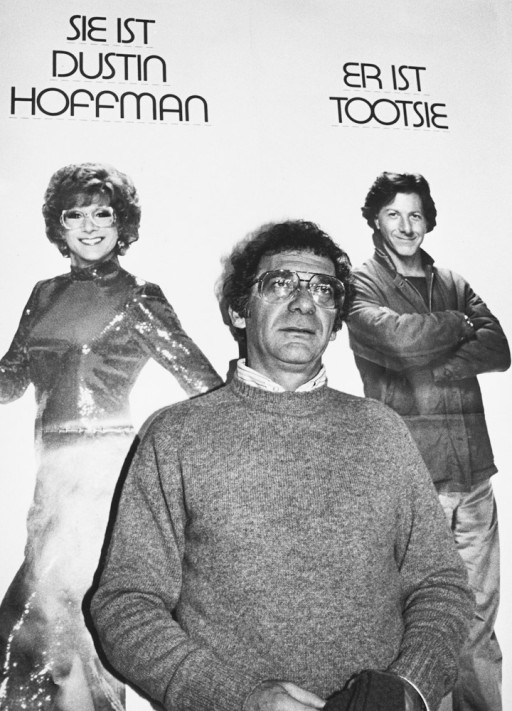 Particularly striking this year was the diversity and quality of the films in the Competition, which had expanded again after a change in the FIAPF guidelines. Sydney Pollack’s Tootsie represented popular cinema in the best possible way. There was also politically explosive material such as Emile de Antonio’s In the King of Prussia about a group of militant American anti-nuclear power activists, Chris.Marker’s essay film Sans Soleil | Sunless, Eric Rohmer’s wonderfully light story-telling in Pauline à la Plage | Pauline at the Beach and the deeply stirring documentary Koyaanisqatsi, which would become a cult film of intellectual cinema. Moritz de Hadeln’s signature was clearly visible in the 1983 Competition: His credo was to uphold high standards by bringing art, commerce and artistic daring together. Emile de Antonio later remembered Berlin as an "ironic and productive" city, where he had spoken with fellow Americans he would normally go out of his way to avoid.

There were also films from the Soviet Union, Hungary and Czechoslovakia. Some unpleasant bickering was caused by Frank Beyer’s Der Aufenthalt | The Turning Point, registered by East Germany but then withdrawn without explanation. It was revealed that Poland had intervened behind the scenes, accusing the film of stirring up anti-Polish sentiment. There was a general disapproval of the obedience of the East German officials. Warsaw’s intervention could only “be called hysterical and the submissiveness of East Germany servile”, Michael Schwarze wrote in the Frankfurter Allgemeine Zeitung, even considering Beyer’s film worthy of a Golden Bear. 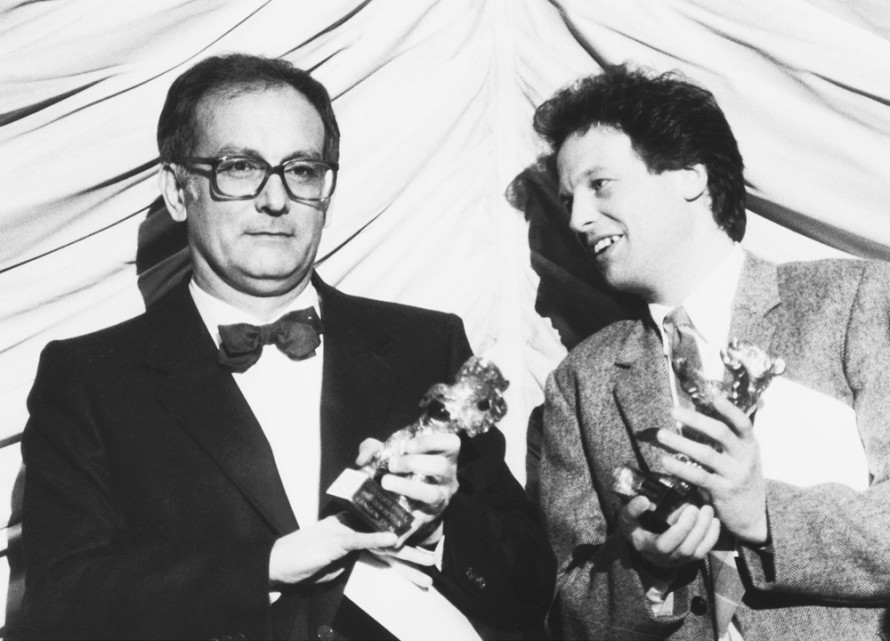 A jury entrusted with awarding prizes and distinctions had already been put in place for the Kinderfilmfest the previous year. UNICEF’s patronage was tied to the demand for greater quality in the Kinderfilmfest pre-selection, which was to be taken from a broader range of films. There was also a proposal of showing films for teenagers.

The director of the Kinderfilmfest, Gaby Sikorski, reacted by significantly increasing the number of films viewed and including short films in her programme. Films such as the UNICEF prize-winner Lukaš by Czech director Otakar Kosek testified to the qualitative future of the Kinderfilmfest. The film told the story of an outsider and addressed the issues of domestic violence and alcoholism, “not at all resembling what has for many years been popularly thought of as a typical children’s film”, as Margarete von Schwarzkopf wrote in the "Neue Ruhr-Zeitung".

Internal conflicts did not surface this year until after the festival was over. It was unclear who was to be director the following year, as Moritz de Hadeln und Ulrich Gregor’s contracts were expiring and needed to be renewed. Gregor’s suitability as Forum head and festival co-director was undisputed, but de Hadeln’s reputation had been damaged by the repeated conflicts of the previous years. The CDU had also recently come to power in Bonn, and de Hadeln had already made enemies there by showing Herbert Achternbusch’s Das Gespenst | The Ghost in this year’s Competition. Minister of the Interior Dr. Friedrich Zimmermann had personally opposed the film, giving a foretaste of the political climate to be ushered in under his aegis.

While there could be no doubt as to de Hadeln’s respectability, the repeated political skirmishes made him appear hapless. Speculations about his successor began to circulate. But resolute declarations of solidarity by the Association of European Film Directors as well as the Association of German Feature Film Producers – his erstwhile critics – soon put an end to this. In June Gregor and de Hadeln’s contracts were renewed for another three years.