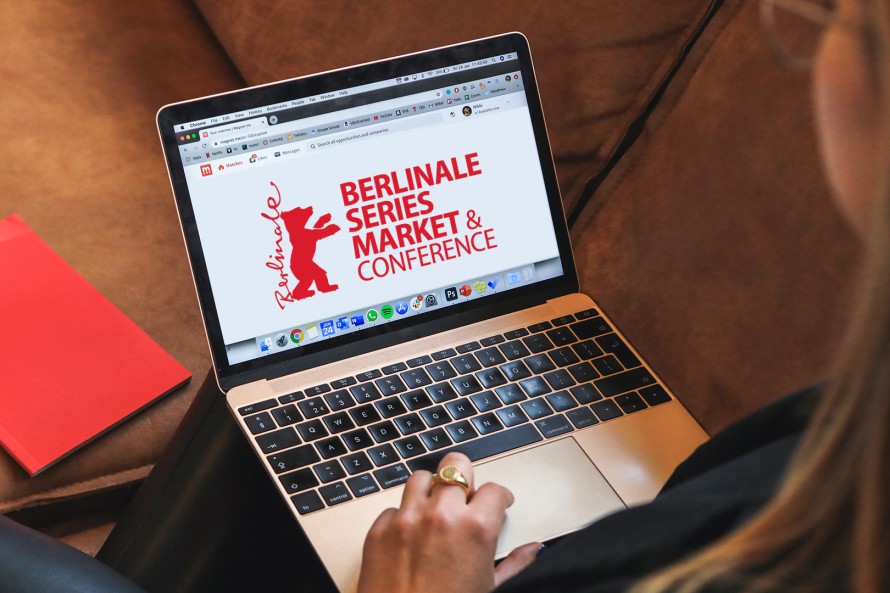 Dennis Ruh, EFM director: “With the ‘Berlinale Series Market & Conference’ we’ve again created a ‘market within the market’ where everything revolves around high-quality series content. Series professionals, industry experts and buyers will find numerous opportunities to learn about current trends and trendsetting developments, to discover commercially promising series recommendations, and to see the first images from 2021’s most important series from Germany and other countries. All of it concentrated and located in one place - the EFM website.”

The digital conference on March 3 will be opened in cooperation with the Film- und Medienstiftung NRW, main partner of “Berlinale Series Market & Conference”. The official Berlinale Series programme includes the new series It’s a Sin by legendary British series creator Russell T Davies (Doctor Who, Queer as Folk, Years and Years), and in his opening keynote conversation, he will talk about his wish to address complex subjects and make them accessible to a large audience. In the masterclass “Social Impact Storytelling”, Maurício Mota (Wise Entertainment) will show how serial storytelling can change hardened perceptions and promote inclusion. Guy Bisson (Ampere Analytics) presents global narrative trends and current facts. In the discussion that follows, high-profile industry representatives will debate the influence of current world events on the detailed strategy of fictional content producers.

The newly created special label “Berlinale Series Market Selects” highlights extraordinary series of high commercial potential within the “Berlinale Series Market” screenings. The selection - limited to 15 projects maximum - is made by the Berlinale Series committee. With a strong focus on new European productions as well as series from Australia, Russia and Canada, the twelve projects in total bearing the “Berlinale Series Market Selects” label exemplify the global and thematic diversity of the series market: Potential discoveries include crime stories and contemporary family constellations from Scandinavia; creator Albert Espinosa focuses on mental illness in the young adult series Alive & Kicking; and Keeley Hawes and Joanna Lumley grapple with smart houses and the bereavement process in Finding Alice. In the series Katakomben, from Germany, Munich’s surface and its underworld collide in explosive ways.

When his latest outburst goes viral, volatile celebrity chef Easton West flees back to his hometown and tries to reinvent himself through an unlikely partnership with his 19-year-old pastry wunderkind niece.

A stockbroker remembers his family roots in organised crime and dives ever deeper into the world of Danish biker gangs. His ambition is only matched by the efforts of his brother, a drug enforcement officer, to save him.

Teenage girl Alice lives in a small town where everything seems ordinary at first sight. She can’t wait to get away from it: the bullying at school, the fights with her mother - and the bloody premonitions that keep haunting her. But what if there is no way to leave?

Four teenagers escape from a psychiatric institution. With a detective on their heels, they take on life with their very own wit, humor and charm – challenging our conception of sanity.

The night Alice and her family move into the dreamhouse her husband Harry built, he has a fatal accident. His sudden death kicks up a storm of secrets, debt and suspicion which Alice is forced to confront in order to survive.

When a group of bored high-society kids meets the invisible lower class in the Munich catacombs, everything crashes.

An ex-police officer investigates into his estranged son’s alleged suicide. With the help of old allies and facing the demons of his past, he risks everything to keep the promise he made to his only child.

18-year-old Jacob’s life is shattered by the sudden onset of schizophrenia. His once-bright future is irretrievably shaken by this unforgiving mental illness. As is his mother Marielle’s life, who won’t give up on her son and is determined to help him to get onto the road of recovery.

A criminology student returns to her home town in Northern Norway to throw herself into the investigation of what turns out to be a serial killer case.

1978. Didier, a brilliant space engineer, is assigned a new task after his rocket launch went awry: As the head of GEPAN, he has to solve the many mysteries of UFO sightings and lead his team of misfits to efficiency and success.

Pørni has two daughters, an irresponsible ex, a father and a nephew she took in after a family tragedy, a job in child welfare and a house and garden. Why would she have trouble finding time for herself - especially her love life?

Dr. Karbaat, a pioneer in artificial insemination, became subject to controversy when evidence accumulated that he used his own semen for the process. The documentary series portrays the shocking revelations and the people whose lives were affected by this.