What's unique about Berlinale Talents as an initiative for up-and-coming professionals is its link to the Berlinale and the European Film Market, and with that, its direct connection to the film business. In this interview, the heads of Berlinale Talents Christine Tröstrum and Florian Weghorn talk about the various opportunities that result for the participating Talents and the challenge of not getting lost in the festival bustle. 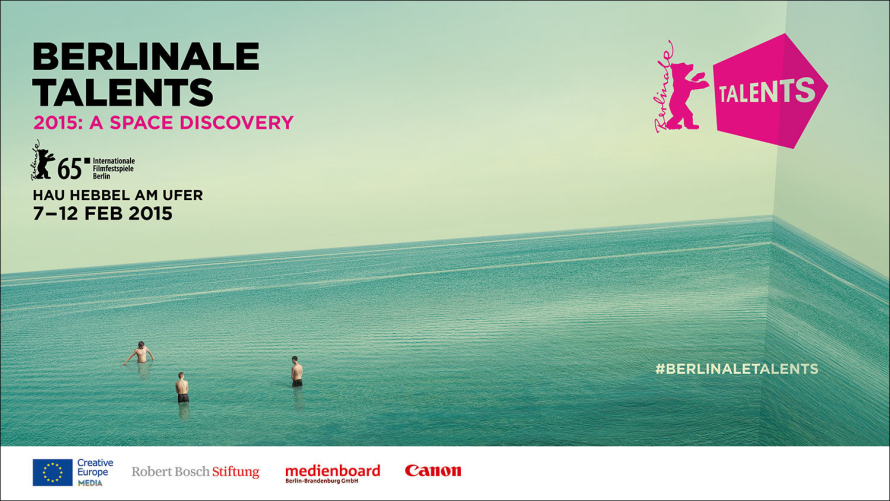 Florian, you took the helm as Berlinale Talents programme director in July of 2014. How did you make yourself at home and acquaint yourself with the work? Should the talents and your audiences expect any modifications in content?

FW: First and foremost, my mission is to get to know this wonderful and highly manifold enterprise in exact detail. Part of the nature of Berlinale Talents is its liability to constant change, and accommodating for that effectively comes with the new role I'm in. Some changes were already planned before I came on board, such as the conversion of the post-production studio to a camera studio. In general, our goal remains that of finding strong connections to the rest of the festival and deepening partnerships with individual sections. I'm already very familiar with curatorial work within the Berlinale through my previous position as assistant director of Generation. One of my new tasks is to use that experience to ensure that the opportunities offered by Berlinale Talents to its participants serve the festival as well.

What concrete cooperations are planned with other festival sections and areas?

CT: Highlighting our selected Talents within the bustle of the festival has always been one of our priorities. Since 2013 we've been cooperating with Canon to create large-format portraits of all 300 participants, and with last year's introduction of "Berlinale Talents Market Hub" at the EFM, we clarified the relevance of our programme for the film trade and consciously directed the attention of market visitors to our Talents. This year, our booth will once again be a reception and meeting point for trade representatives interested in getting to know today's young generation of creatives. Starting in 2015 we'll also be inviting our Sales & Distribution Studio alumni to a Happy Hour at the EFM with the goal of creating networking opportunities between partners from the film industry and this year's Talents. More of the same kind of industry meetings are being introduced at the HAU: The DTI (Department: Trade and Industry) from South Africa, for example, will attend the EFM with 20 representatives; in their Happy Hour at HAU, they are specifically interested in meeting Talents from countries with existing co-production contracts. And in the Project Labs, selected Talents will once again have the opportunity to present their content to the public - including specific producers and trade representatives that we invite with the support of the sections or the Berlinale Co-Production Market. 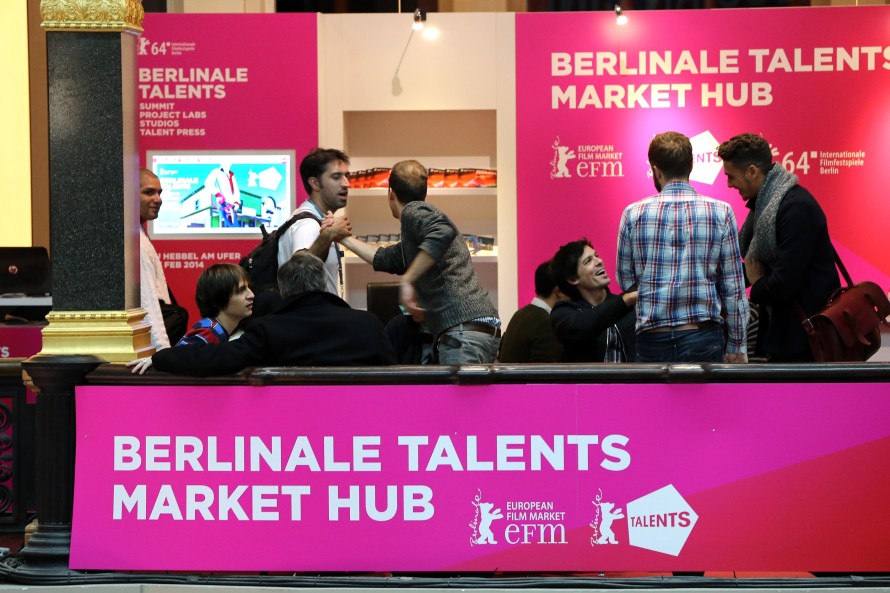 FW: In this, the thirteenth edition of Berlinale Talents, there's a lot to be excited about regarding connections to the Berlinale programme sections: Once again this year the Berlinale programme includes a whopping 85 films made with the involvement of former Talents. And what's more, these are frequently collaborations by a number of Talents that met at Berlinale Talents. A good example is How to Win at Checkers (Every Time) in Panorama - from producer to location manager, no less than seven former Talents were involved in the film's creation. So the connections to the festival come about very naturally, and they're a delightful affirmation of our programme's success. In the future we'll be tackling the challenge of keeping track of the over 5,000 former Talents in a more structured manner so that we can provide the sections with current information. But the reverse process is just as important: Recommendations by the Berlinale delegates from around the globe allow us to target promising participants and invite them to Berlin; we're very grateful for that.

CT: The Berlin-Durban-Express is a concrete first step in that direction: Two German producers - who not only took part in Berlinale Talents, but also presented films in Perspektive Deutsches Kino - participated in our international programme in Durban in July 2014. We want to continue developing this idea and possibly expand it to include other international branches of Berlinale Talents. 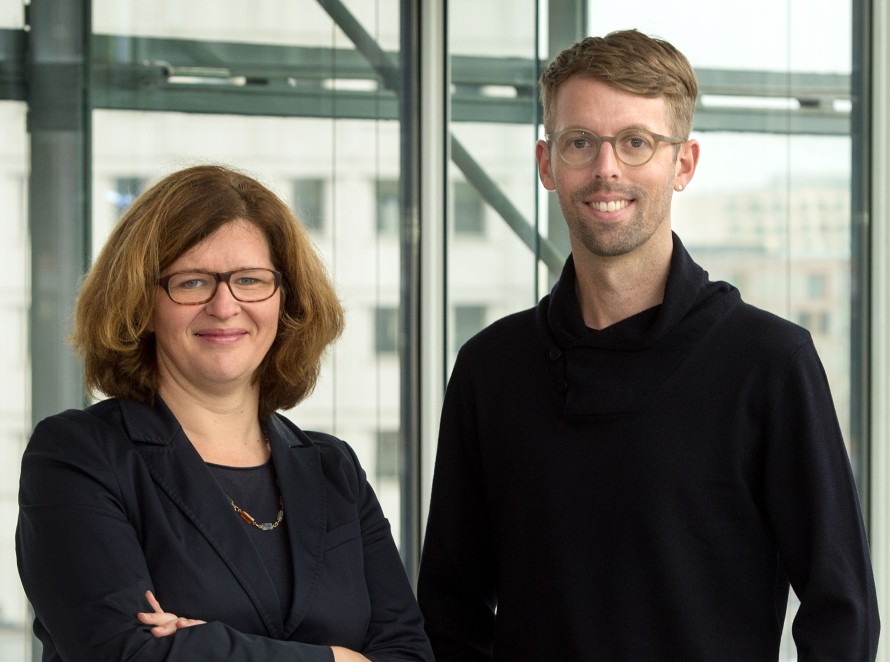 Last year you put the focus on storytelling. This year's motto "2015: A Space Discovery" is dedicated to film as a multidimensional spatial artwork. Will the focus this year be primarily on the artistic subsections, and will technical developments come into play?

FW: To begin with, the theme itself is an open space in which all kinds of things can be placed; that naturally includes technical cinematic developments. But we're also going to be sounding out what else happens within that space, what movements take place, as well as the development of the story and how characters unfold unusual spaces in plot and narrative. Honestly, what makes this year's focus so fertile is its literal breadth. The words are easy to interchange. “Space” can become “land,” “movement” can become “migration” - and a political connotation that fits within the context of film creation can be generated.

We want to try to encourage dialogue between the subsections that might never cross paths on the set but can nonetheless benefit from an exchange. The creation of a film like Gravity, for instance, involves not just the director's thoughts, but the thoughts of an entire village of creative people on the question of space and the movement of the actors. In one of our panels we'll be talking to experts who worked with George Clooney and Sandra Bullock on the pretence of zero gravity - a choreographer and puppeteers from the UK.

CT: We'll also be talking about the future role of cinematographers in the newly created Camera Studio. Five years from now, will there even be a need for a person directly behind the camera, or will it all be controlled beforehand or afterwards with a computer? And what conditions need to be established for digital workflows in the future? 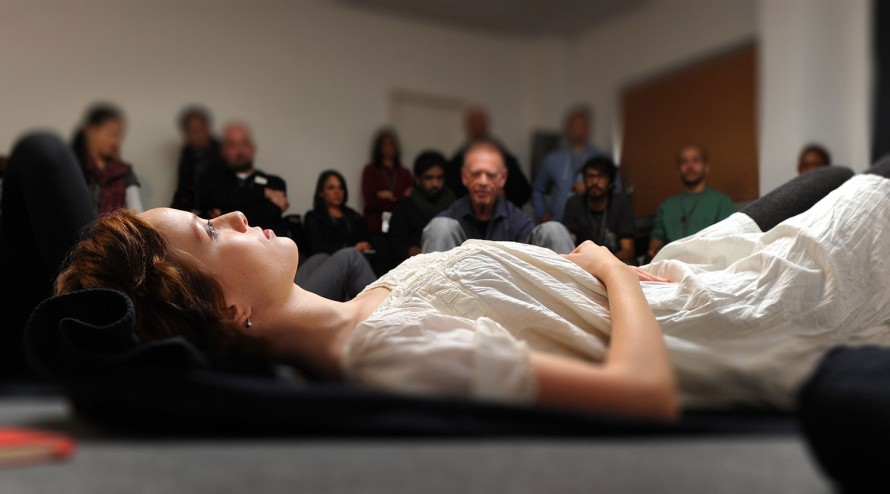 What's in store at the Acting Studio?

FW: Naturally, both of our long-time acting coaches Jean-Louis Rodrigue and Christoph Conrad were thrilled when we presented them with the idea for this year's theme. Their workshops at Berlinale Talents aren't just focused on a text-oriented understanding of acting; they're about the relationships between the body and its environment, i.e. the presence within a space.

CT: Each new theme is a search for questions, and the mentors have a lot of freedom in designing the answer. Jean-Louis and Christoph use the Alexander technique, which is about the attainment of consciousness in body and spirit. Watching them lead the workshops is very exciting.

And how will the participants in the Sales & Distribution Studio delve into the theme?

FW: We thought about economic space from the start and likewise the cultural spaces that the Talents come from. In France or Germany, film distribution works very differently than in Arab countries, for example. The latter region will be a focus - we'll be looking at how distribution has developed under political influences and alongside social upheavals. And in spite of the numerous developments in the area of online distribution, we'll be putting the spotlight on cinemas again: What kind of cultural centre has been established with the Metropolis cinema in Beirut or the Zawya cinema in Cairo? What connections and distribution chains to local film culture, to other cinema projects and to filmmakers in Europe and around the world have developed as a result?

Beirut is the newest international branch of Berlinale Talents. How has the programme been received in the Arab world?

CT: For the past two years, the Robert Bosch Stiftung has awarded a film prize to German-Arab film projects as part of Berlinale Talents. During our work together we discovered that a targeted promotion of certain subsections is missing in the area of film in the Arab world. That's why we specifically focused on the three areas of sound, editing and camera and worked very intensively with only 20 Talents in Beirut. In contrast to its sister branches in Guadalajara, Buenos Aires, Durban, Sarajevo and Tokyo, Talents Beirut isn't connected to a big international festival but grew with the support of the Goethe Institut and the Metropolis cinema in Beirut. 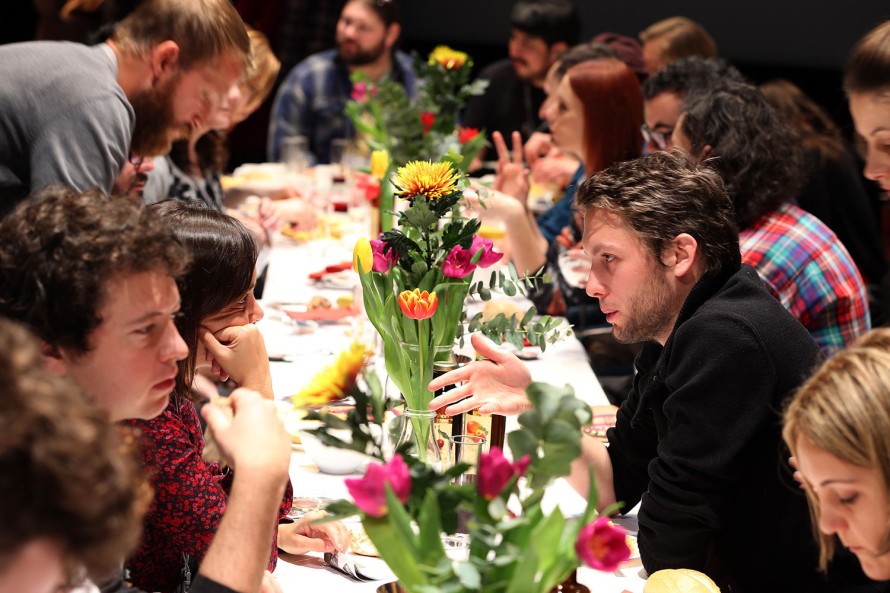 Creativity is seldom something that can be called upon at will. What conditions for an informal, productive and artistic atmosphere do you create?

FW: What's special about numerous events at Berlinale Talents is that they are very specific. We're not focused on disseminating general knowledge or touching lightly on a subject and moving on to the next. No matter whether you're in a workshop with ten participants or at an event with 500 visitors at HAU1 - we try to locate concrete challenges beforehand, or initiate them in conversation. And the Talents themselves - they come to Berlin with very specific interests. Sometimes, formulating the right questions again, together, is enough. Then the Talents find the answers on their own.

CT: Amidst all the hustle and bustle, Berlinale Talents still gives its participants a creative break from their own work. We try to stimulate them further in that and to encourage them along their own special path.