For the past six decades, the French monthly magazine "Positif" has celebrated the cinema in its most creative form. Founded in May 1952 by Bernard Chardère, a passionate cinéphile who lived in Lyon, the second great city of France, "Positif" quickly established its credentials as a rival to the Paris-based "Les Cahiers du Cinéma". 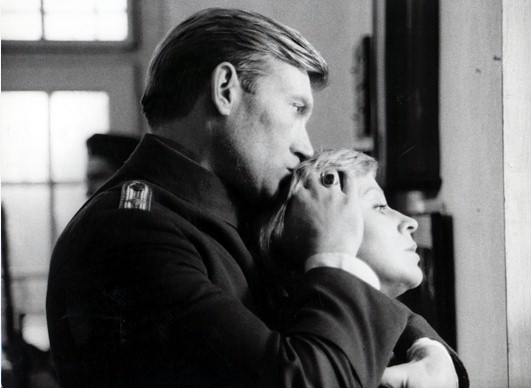 Chardère and his team sought from the outset “to storm the cinema,” taking it seriously on the same level as painting, music, and literature. Although the magazine has mutated through the years, moving, often due to force majeure, from publisher to publisher, its fundamental precepts have not changed. It presents analytical reviews of the preferred films of each month, usually supported by interviews with the directors or actors involved. It always includes some retrospective features, as well as dossiers on themes and film-makers alike. Film festivals are covered in depth, as are new books on the cinema and (since the 1980’s) new videos in their various formats.

The abiding impression is of a group of editors, most of them friends with one another, who relish every aspect of the movie-going experience. You will rarely read a wholly negative review in "Positif". Space is instead devoted to films that the magazine believes deserve discovery and discussion. Perhaps the fact that it was for so long based in Lyon shielded it from the often condescending approach of "Les Cahiers du Cinéma". Thus, "Positif" dared to write about directors who were ignored by Truffaut, Godard, and Rohmer at "Cahiers"; by the same token, they cheerfully recognized their own blind spots – Rossellini, for example, or Godard, whose work has never received great applause in the pages of "Positif".

The editorial board, led with passion and unswerving conviction by Michel Ciment, has always placed the content of the magazine above the aesthetic “look” of the publication. The images may now be printed in colour instead of black-and-white, but the words are paramount, and the quality of writing in the magazine remains at a consistently high level.

Although the pages of "Positif" reflect the healthy state of French cinema, the editorial policy is resolutely global. Der Fangschuss (Coup de Grâce), for example, was warmly embraced by the magazine in 1976, and represented the New German Cinema at its best, with the writing and acting skills of Margarethe von Trotta allied to the directing talent of Volker Schlöndorff in a story of the Russian Civil War and the clash between romantic and political loyalties. It is indeed fitting that Schlöndorff, who began his career as assistant to both Resnais and Malle, should be acknowledged by the most discerning of French film magazines on the occasion of its 60th anniversary.