“We function as a unique communication platform for young filmmakers from around the world. We offer them the opportunity to work together with other filmmakers and make new contacts.” Project manager Christine Tröstrumand programme manager Matthijs Wouter Knol give a preview of the Berlinale Talent Campus 2009 with its theme “Suddenly it all happened – the turning point in close-up”

You’re the official new management team of the Berlinale Talent Campus. Can you paint for us a picture of how you work together? Do you divide up your tasks strictly or is there overlap between the fields you work on?

CT: We adopted the previous model, but now we appear publicly as a duo. Matthijs is responsible for the content-related work and is, in this sense, in charge of the programme, while I am in charge of organisation and finance. Of course we work together on the strategic development of the project as a whole and the overseas activities with our cooperation partners, such as the five Talent Campuses abroad or the film cooperatives in Manila and Harare.

Describe for us what happened here in 2008.

CT: In 2008 we saw the first Talent Campus Vision Day in Guadalajara, Mexico, which had a focus on documentary film. The previously biennial Talent Campus in Buenos Aires now takes places every year. In South Africa we moved the Talent Campus Abroad from the Sithengi Film Festival to Durban. Another Campus took place in New Delhi, India as well as a second one in Sarajevo.

Matthijs, has your arrival resulted in a conceptual break, a strategic reorientation for the Talent Campus?

MWK: No, I wouldn’t call it a reorientation. There are, of course, changes, but basically we have kept the extremely successful concept and structure of the Campus. The changes affect mostly practical things on the lower organisational level. The hands-on programmes and the Campus Studio will continue. Up till now talents could only produce small clips for the Internet together during the Campus. Now they will have a chance to work together on rough cuts and to concentrate on post-production. The hands-on activities will once again be installed in HAU 3. All in all, we are emphatically trying to place the focus on cooperation (also with companies) so that that participation is open to as many people as possible and not just limited to 30 selected individuals. 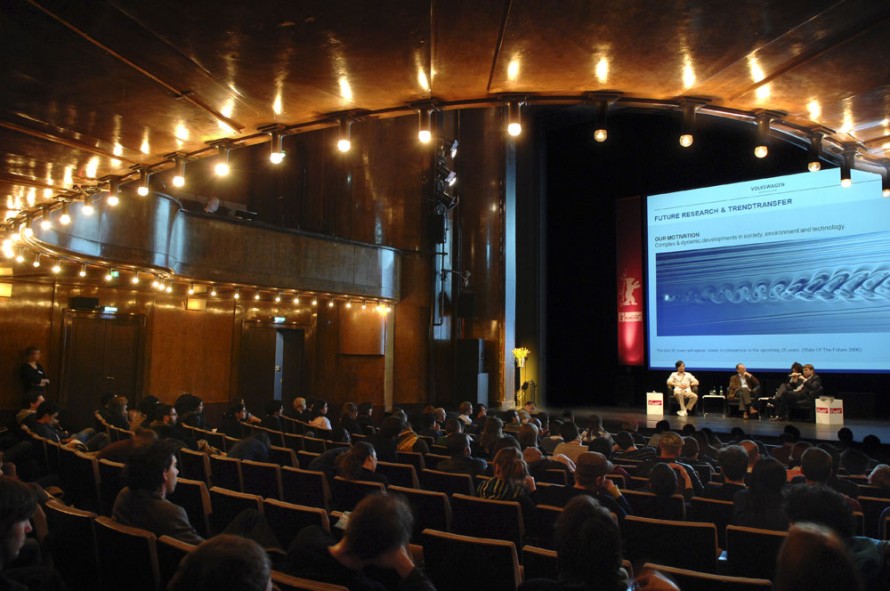 Does that mean that the network is growing and developing as much as ever?

CT: Exactly. We function – and this was confirmed by last year’s survey results – as a unique communication platform for young filmmakers from around the world. We offer them a one-of-a-kind opportunity to work together with other filmmakers internationally at a very high level and to make new contacts. And in this arrangement lies an incentive for us to continue to develop what we began in 2006: to ensure through our website that the talents continue to stay connected to the Campus and the Berlinale after the Campus in Berlin in over. And not just that. Once you belong to the “Campus community” you can use the existing infrastructure by attending other Campuses abroad or by participating in follow ups such as the Berlinale Co-Production Market or the World Cinema Fund. With its unique functionality as a B2B platform our website offers ideal conditions for forging commercial cooperations.

The survey also showed that the talents consider the Campus on location to be very important, especially with regards to its role as a “vitamin boost”. The input that talents can get with us, especially during the hands-on programme such as the Doc or Script Station or the Volkswagen Score Competition is enormously significant to them. Therefore, we have deliberately chosen to offer the talents, over these five days, a tailor-made programme on a practical level with industry professionals. And for that it’s of course important that we ask the talents about their interests and needs in advance.

So you coordinate in advance how people can be best accommodated, and ask the talents specifically about that?

CT: Exactly! And we want to develop the Talent Campus with a greater emphasis on such tailor-made programmes. Of course we won’t be able to offer one-to-one formats. But we will put more effort into meeting individual wishes and into offering the appropriate programmes.

As with the Talent Project Market?

CT: For example. There are, of course, one-to-one meetings in certain hands-on programmes, but that is impossible to organise for 350 people. What we also want to keep an eye on, beyond the hands-on programmes, is the continuing development of initiatives from the previous year. In the other events as well we hope to be able to better meet the interests of the visitors through our programme as well as bring together talents, organisations, and filmmakers with similar interests in a more targeted way. This affects, for example, our event with the NGOs, which we’re including again, or the Dine & Shine Talent Rendezvous, a joint meal at which about 300 talents and 130 people from the international film industry come together. Seats are swapped after every course so that as many people meet one another as possible.

Will the encounter with the NGOs be similar to last year?

Have you placed a different focus on the regions of origin of the participants or the infrastructure of their film industries with regards to support and artistic inspiration?

CT: With the programming you have to make sure that one has the right offering for everyone. If, for example, you work with digital workflows, you should keep in mind that someone from Africa might not have such easy access to highly professional digital equipment and is more likely to be working with a mini-DV camera. We should be prepared for that, but at the same time try to think ahead and to consider whether we have opportunities to support these talents.

The theme of the seventh Berlinale Talent Campus is “Turning points”. This probably brings to mind a dramaturgical process. But one can also understand it as a pliable or flexible concept, which inspires new modes of interaction. What’s the idea behind the catchphrase?

MWK: There are several ideas behind it. At first view it has to do with the narrative level, meaning stories and the way turning points are used in them. Therefore it was obvious that we would invite screenwriters and directors who can talk about their experiences with these issues and have hopefully made films that are especially dependent on turning points.

In addition we are planning a special event that sheds light on turning points that stand out because of a special societal relevance. Here it’s about events and protagonists from the fields of film and culture who have really triggered something and perhaps sparked broad discussion on a certain issue. The filmmakers close to our hearts are those who want to move or initiate something, who make a film not just to tell a pretty story but because they want to articulate their opinion and express their commitment.

In the practical process of making films everyone is familiar with longingly awaited turning points: if you’re not making progress on your script, or the decisive idea for a score that takes forever to come, or the perfect edit that just doesn’t want to work out. Turning points often come when you ask for help, by talking about it with other filmmakers. We also want to examine this mutual influence and reciprocal inspiration in the real-life working process.

And it applies to the Berlin Today Award theme for 2009 “My Wall”. In the films, which are mostly wall-related stories, changes and turning points of course play an important role.

CT: The theme was developed together with the Federal Foreign Office under the patronage of our foreign minister Dr. Frank-Walter Steinmeier. Our starting point was the 20th anniversary of the fall of the Berlin Wall in 2009 and we took a very broad approach. We didn’t want to film typical Wall tales, but expanded the theme under the title “My Wall” to include personal aspects and the question: what roles do “walls” play in my life? Very different films were produced and funded by the Medienboard Berlin-Brandenburg. 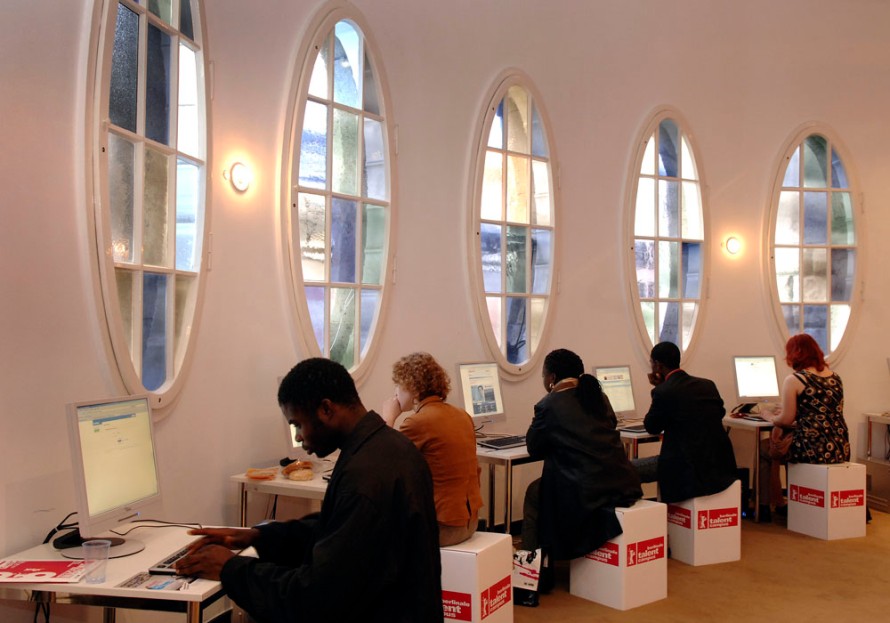 Will there also be events focused on compositional aspects? For instance, turning points with regards to the camera work? Or is that too narrow an understanding?

MWK: There will, for example, be master classes for camera and set design. We are in contact with people who are interested in the field and have decided that not everyone has to talk about turning points all the time. That doesn’t make sense. Of course there are many, logical connections to the theme, but that doesn’t mean that all events necessarily have to be related to turning points.

Within the dramaturgical understanding of turning points lies an ambivalence because on the one hand it refers to a pattern that one uses and a path that is in a certain way prescribed. On the other hand turning points are, in principle, something surprising and I find that an exciting thought. Will this multiplicity be reflected in your programme?

MWK: That is the concept of the Campus: we offer a programme that interlinks as many aspects and opens up a diverse number of directions. If someone is interested in music, he can take a certain musical, stylistic direction. He is, however, just as likely to come across something completely different through encounters with other people, so you can always count on surprises. By no means is everything at the Campus over-planned.

Does that mean individual biographical turning points will also play a role at the Campus?

MWK: Naturally. There are, for example, a lot of people who began as film critics, then became directors or actors and now work as camera operators. Of course that also applies to the young talents who often play the role of the director but also the cameraman or scriptwriter. It can be very exciting to talk about the moments when one decides to only direct or to write as well.

Is the Talent Campus – when it comes to such biographies – a turning point in the lives of many people?

MWK: I don’t think you can generalise, but there are definitely cases where that is true.

CT: In any case there are enough examples of talents who see it as exactly that.