Magnum in Motion – Photographers and the Moving Image

The reportages assigned to the Magnum photography agency and the photographers' own projects continue to mark our image of the world and our collective memory. The Magnum founders Robert Capa, Henri Cartier-Bresson, George Rodger and David "Chim" Seymour cast an uncompromising gaze on the events of the world whilst keeping control over the copyright and usage of their work. 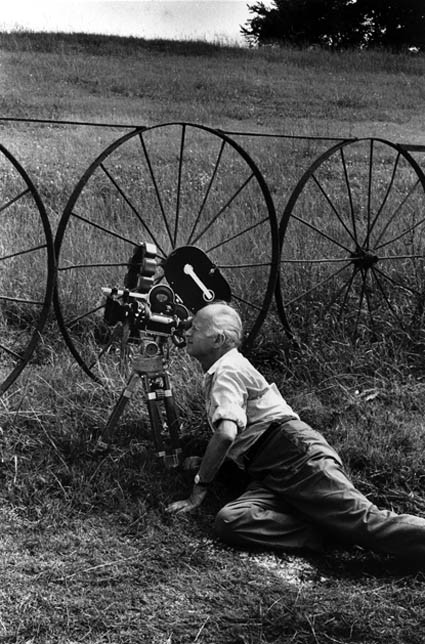 "A community of thought"

Henri Cartier-Bresson once described the Magnum spirit: “Magnum is a community of thought, a shared human quality, a curiosity about what is going on in the world, a respect for what is going on, and a desire to transcribe it visually.” Whilst the Magnum photographers are counted amongst the most famous in their profession, the fact that many of them also worked with the film camera is less known. On the occasion of Magnum’s 60th anniversary, the Berlinale ventures to fill this knowledge gap with the film series "Magnum in Motion: Photographers and the moving image".

In cooperation with Magnum Photos, more than 30 films by and about Magnum photographers have been selected. It will be the first time that the showcase will be presented to the public in this form. Following the Berlinale, it will be presented at other film festivals. The earliest film in the series was made in 1938, while the most recent will be finished just in time for the Berlinale where it will be presented as a world premiere. "Magnum in Motion" was curated by the New York based journalist Alrun Steinrück. The following photographers and filmmakers are expected to attend the Berlinale as special guests: René Burri, Raymond Depardon, Elliott Erwitt, Martine Franck, Jean Gaumy, Bruce Gilden, Philip Jones Griffiths, Thomas Hoepker, David Hurn, Susan Meiselas, Chris Steele-Perkins, Dennis Stock and Donovan Wylie as well as Stuart Franklin, the president of Magnum Photos. An exhibition of Magnum photography about Berlin at the Camera Work Gallery will compliment the special programme.

We discussed this extraordinary showcase with curator Alrun Steinrück, Dominique Green, director of Magnum/London, and writer and photographer Gerry Badger, editor of the publication that will accompany the series.

How many Magnum photographers have made films? Did any of them change their profession completely by becoming a film director?

More than a third have worked on film. No one has changed profession, but Raymond Depardon could be described as having two professions, whilst Henri Cartier Bresson, Jean Gaumy, Susan Meiselas, Rene Burri, Donovan Wylie (to name but a few) might consider their film and photography work as two aspects of the same profession. It is also interesting to speculate about Robert Capa, had he lived, would he have ‘switched’ to a career in Cinema? The Berlinale series gives a unique opportunity for the public to ask questions like these to the photographers themselves, as so many will be present after the screenings of their films. 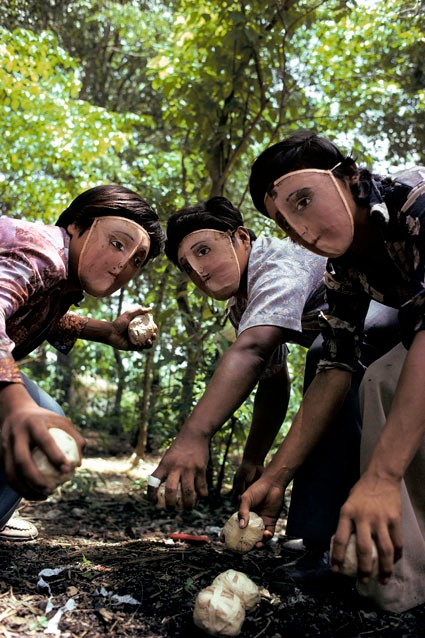 Which were the motivations for these photographers to start working with film? Were these purely personal/individual reasons, or can we see a collective move?

Most of the Magnum photographers began working in film on a personal basis, primarily as an extension of their still photography, but there was also a bias, or a propensity for film within the agency from its earliest days. Two of the founders especially, were involved with film, Robert Capa and Henri Cartier-Bresson. One could say that Cartier-Bresson’s background was as much in film as photography, working as he did as second unit director on three of Jean Renoir’s most famous films. Some of the films in this series are an extension of bodies of work on similar subjects - Susan Meiselas’ work in Nicaragua, Alex Webb’s work on the US/Mexican border, Jean Gaumy's substantial body of work based around the sea.

Photographers filming – such an approach might raise expectations for mostly formal experiments and visually thrilling works. But doesn't switching the medium (and thereby the means of production) also reflect changes in the way the artists relate to their topics?

Of course photography and film influence one another. Filmmakers choose themes that often interested them as photographers. In Bruce Davidson’s short film Jab Jab, for example, the formation of images stands in the foreground while the narrative element plays a lesser role. The humour in Elliott Erwitt’s photos can be found again in his films. A great stroke of luck.

The voice of an image

While some Magnum photographers make films that are extensions of their photographic styles and display formal concerns, in others there is a distinct tendency to become more political when they pick up a film camera. This can partly be explained by the fact that film gives them an expanded scope for narrative expression. Film is much less equivocal than still photography. The ‘voice’ in a still photograph is always that of the photographer, while in film the documentary photographer can give his or her subjects a ‘voice.’ Some of the most effective moments in the Magnum programme occur when individuals stand before a film camera and express their feelings. The quality of the filming in formal terms becomes irrelevant. And giving people a voice almost automatically results in a more direct ‘political voice’ in many of the films.

Are most of the films by Magnum photographers documentaries?

In fact, the films can be filed under the genre of documentary, but that’s a broad field and the films also show what a wide range of possibilities this offers. Eve Ernold documents the wedding preparations in a Harem in Dubai, while Thomas Hoepker traces the history of the brutal murder of the Mayas in Guatemala. The portrait by the young filmmaker Gideon Gold is dedicated to the photographer Bruce Gilden, who would capture the faces of people on the streets of New York with his camera. Gilden’s highly comical and outspoken comments show how much passion the men and women here put into their work.

Under which conditions were these films produced? Were they released, or used commercially? 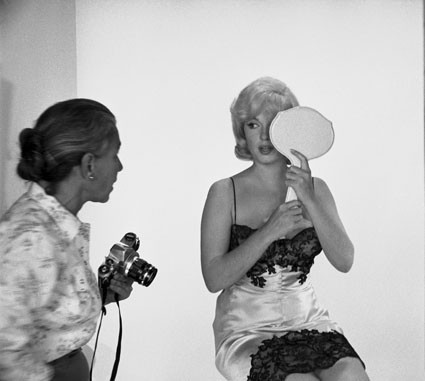 Eve Arnold and Marilyn Monroe on the Misfits set.

Almost all the titles screened in this programme were produced, financed, distributed and screened by independent companies or commissioned directly by a broadcaster. The one notable exception being The Two Faces of China produced under the aegis of Magnum Films Inc 1964-1969, a sister company to the Magnum Agency, created by Philip Gittelman and the Magnum Photographers. One of its missions was to experiment with and develop ways of presenting still photographs, with sound and filmed footage. The majority of the films in the Magnum in Motion programme have been screened or broadcast individually - in their country of origin and some world wide. However, this is the first time they are seen together as a body of work.

From which time span are the films in this showcase? Will there also be contemporary works?

The timeframe begins with L’Espagne Vivra by Henri Cartier Bresson’s, made prior to the creation of Magnum, in 1938, and spans the decades to 2007 with Gideon Gold’s portrait of Bruce Gilden Misery Loves Company, which will arrive at the festival ‘hot out of the lab’, a veritable world premiere.