Several films in the Retrospective 2007 are nearly a century old, yet still they delight and surprise audiences. Far from an anachronism, “City Girls – the image of women in the era of silent film” promises the dual pleasure of seeing old films from a new perspective – half of them in restored version – thereby rediscovering the qualities of the "New Woman" of the 1910s and 1920s. “It’s a great pleasure to see how these female characters turned the traditional model on its head with an easygoing freshness and a great deal of boisterousness,“ enthuses Rainer Rother about a programme in which both the “young years” of film as a medium and of the modern metropolis are reflected – in tales of of disruption and upheaval of a sometimes astonishing timeliness. An interview with the director of the Retrospective. 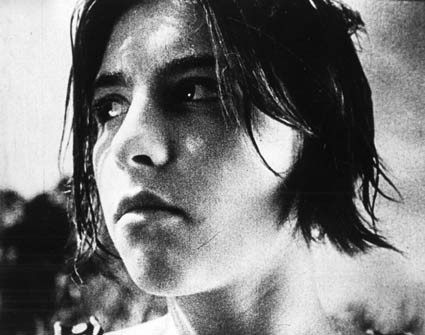 Christl Ehlers in Menschen am Sonntag

Many factors play a role in deciding on the theme of a Retrospective – interesting content, topicality, but also the availability of film prints. Can you recap how the theme of “City Girls” was developed, and why you’re interested in images of women in the era of silent film?

When I took over as director of the Retrospective in April, the fundamental decision had already been made to do a Retrospective dedicated solely to silent film with a focus on the image of women in the 1910s and 1920s. The exact formulation of the theme was the result of watching a lot of films. We know that the image of women changed radically between the 1910s and 1920s, but there were also continuities. We try to show audiences both tendencies through our selection of films. Still, the phenomenon of the "New Woman" is at the centre of our Retrospective – the societal changes of their time are reflected in their image. The playfulness and challenging character of these new female figures, their mobility, their pert glances – all of that fascinated us. It’s a great pleasure to see how they turned the old model on its head with an easygoing freshness and a great deal of boisterousness.

"The New Woman would have been unthinkable without the modern metropolis."

The Retrospective is titled “City Girls”. How closely is the establishment of the image of the New Woman connected to the concurrent growth of the modern metropolis?

The New Woman would have been unthinkable without the existence of the metropolis. The spaces she conquers are urban spaces. She works in open-plan offices, factories, sewing studios or department stores. Well-lit streets and transport, amusement parks and dance clubs – all this creates the public space from which she emerged, in which she could move. Here she becomes a part of the masses, who are giving themselves over to a new, intoxicating attitude towards life. These masses are permanently on the move and therefore create an anonymity in which the New Woman can free herself from the rules of convention and refine her position in society. Otherwise, it was also the urban media that provided a stage for the New Woman and created and distributed new images of women: posters, magazines. Fashion also played a role in these processes, as did the totally new field of leisure culture. Here, of course, the cinema has a very special significance. As a place of visual pleasure, the cinema was very popular with female audiences and was therefore especially effective and influential.

On the one hand there is the image of women in film, on the other hand the reflection that you mention: One can consider these films as representations of a historical reality, in which the role of women actually changed. Yet surely one can’t approach these films with the expectation that they depict the real lives of women at that time one-to-one. How would you describe this relationship? 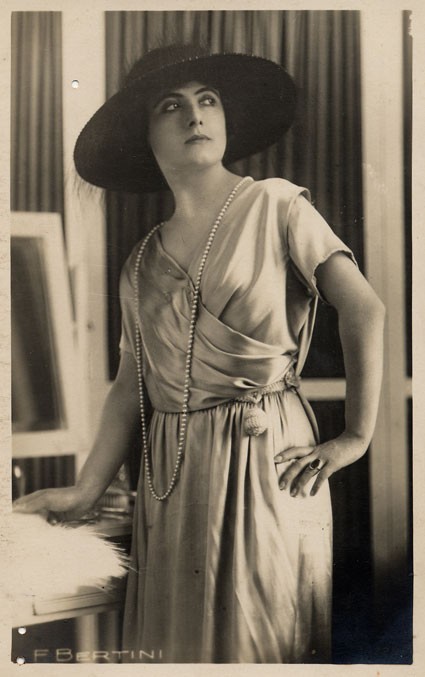 When the type of the New Woman in its various manifestations – whether “girl”, “flapper” or “garçonne” – is adopted by women, films very successfully propagate a specific image of women. Our selection shows to what extent film was able, within the conditions of its own development, to reflect a societal change and the stereotypes that were created in the process. It’s highly illuminating.

Four titles have been announced for the film programme: “Working Girls”, “Flaming Youth”, “Husbands and Wives” and “Fate and Passion”. Do these themes allude to an all round trend or do they mark dividing lines between types of female images in the films of the era?

The New Woman is the underlying leitmotiv for the entire film programme. The individual titles highlight certain aspects of the theme. Working Girls has a special significance - the mass entrance of women into the world of work beyond the factories is the principal change in the social position of urban women. It was this advance that made other advances possible. Interestingly, the films usually show employment as a transitional phase, at the end of which await marriage or a rise in social standing. At the centre of Flaming Youth are Charleston-addicted flappers, but also dancing mothers who couldn't care less about social conventions and distance themselves from traditional images of women. 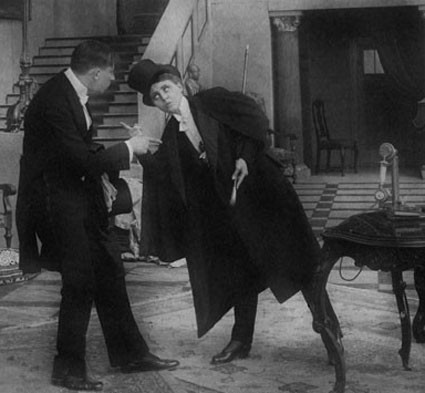 In Husbands and Wives, relations between the sexes are renegotiated in private, different types of women are contrasted and traditional role modes are questioned. This often takes place in comedies, because they offer the necessary maneuvering room needed to examine gender relations. Finally, Fate and Passion still reflects the older image of women left over from the 19th century, yet the strength and passion with which the protagonists fight for their ideas about life makes them modern women.

Thematically, this Retrospective offers several opportunities for comparison with last year’s, which was about the image of women in the films of the 1950s. There we could see significant differences in the films of different countries, for example in Soviet or American movies. The global political situation, the Blocs of the Cold War, played a greater role. How did it look during the first decades of the century? How fruitful is a comparison between films with different origins?

We contend that the phenomenon could be observed in very many different countries. The change in the societal role of women was an international development. Therefore there are many similarities between the films, regardless of their origin. What is noticeable is that the emphasis was placed differently in different countries.

For example, the working class plays a large role in two countries. In Great Britain where working class culture has a strong tradition, the question of how the change affects a female worker is very important – naturally, this is also the case in the Soviet Union. Here, liberation from old, traditional ties is a central theme. By contrast, in American films you’ll of course also find working girls, but you see a much stronger emphasis on consumption as an expression of a new independence. What’s also noticeable is that the glamour factor is considerably higher there. Besides there are many stories told in a comic manner so that the seriousness is not there from the very beginning. In both of the Japanese films in our programme one sees that the female characters there often have to break through a much more rigid social structure than in the films from Europe and the USA. The comparison shows that, despite fundamental similarities, significant national specificities remain.

The Retrospectives often have the effect that one is watching something “historical”, something that lies in the past and “was already there”, but that you’re still seeing something new, or “seeing anew”. A kind of “aha experience”. What effect would you like this Retrospective to have?

I think that one can see very well how film as a cultural industry has formulated the image of the New Woman. Naturally, the cultural industry is escapist – it always is – but, because it wants to reach its audience, it is forced to record social reality. If certain situations arise again and again, this shows a social reality. Take the great significance of the weekend, for example: you have Sunday off and the opportunity to enjoy yourself on that day. And not alone in the family and not only men, but also the women, because they earn their own money. That’s new. The way in which film tackles such a mass phenomenon is really interesting and it’s lots of fun. The highpoints of Menschen am Sonntag, Lonesome, Hindle Wakes occur during this free time and therefore these films are saying that “real life” takes places Monday through Saturday, when you don’t have time for all that. 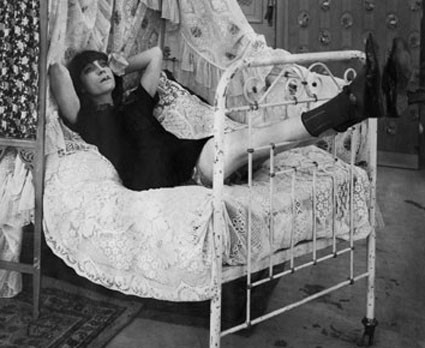 All in all, I think that we have managed to put together a good mix of well-known and less well-known films. Besides the famous stars that to a large degree mark the films of that era, audiences can discover some wonderful actresses. Our research covered a very large range of countries so that we could also include cinematographies which are less familiar to audiences here. To a degree we were successful, but we also encountered barriers and found out that the film heritage of some countries, in the physical form of the actual film, is no longer available to us. We know about some films from literature, but we can’t watch them any more. Nonetheless, we will also be showing some very good prints. About half of our films will be shown in restored versions, many of which are new prints. In this way, a well-known classic will be seen in a new light, because it reveals totally new, surprising qualities.