Born of the * * * : On Zarathustra’s Going Under from Cairo to Oran 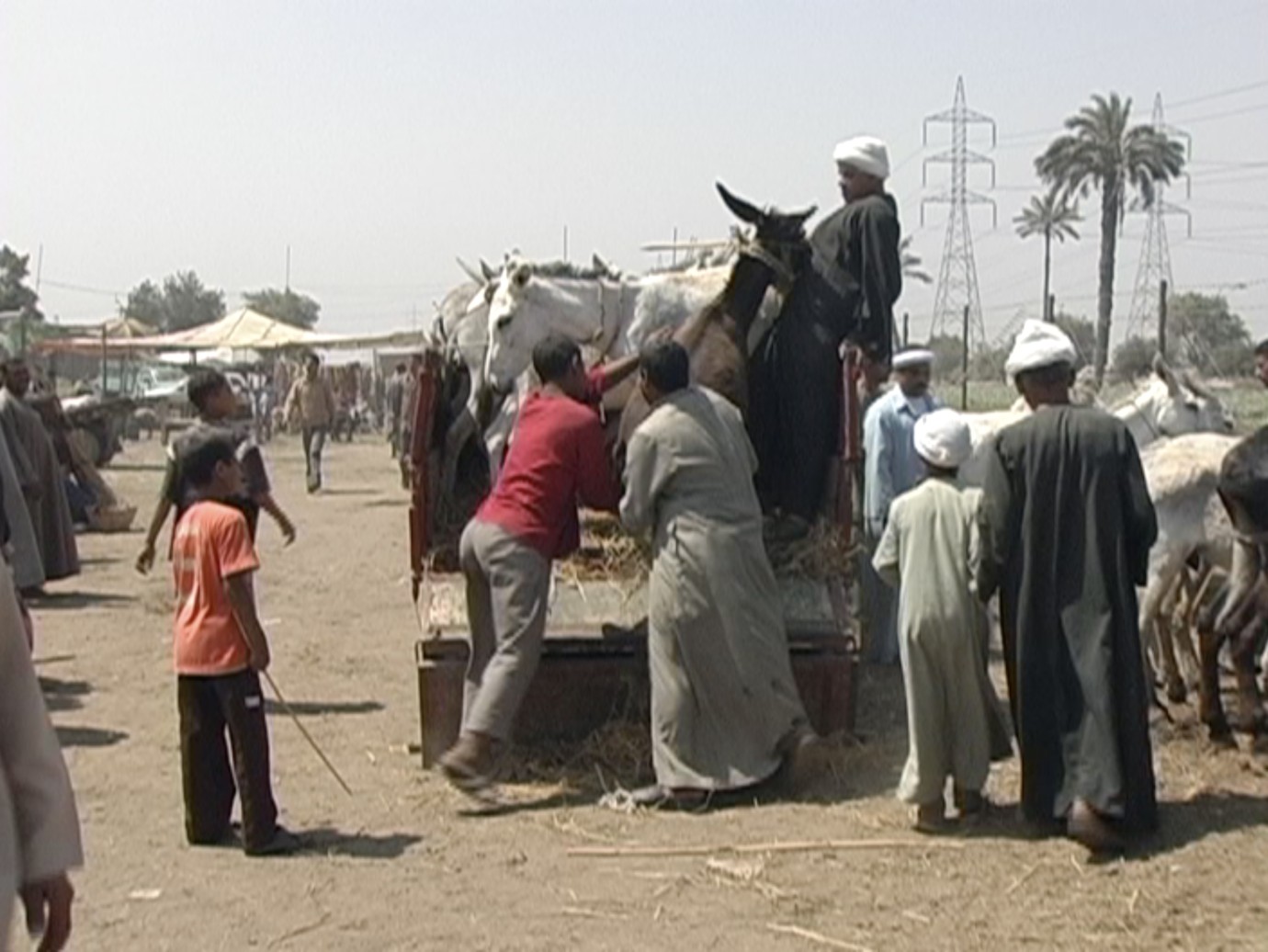 © Ayreen Anastas, Rene Gabri
Dates
This is the third part of Ayreen Anastas and Rene Gabri’s attempt to revisit and unwork Anastas’s film initiated in 2007, which sought to translate and put into play Nietzsche’s “Thus Spoke Zarathustra” onto the contemporary Arab World. Rather than merely adapt or restage the ideas from this seminal work, the film instead continues an expanded effort to rethink life and art today through this encounter between gestures, insights, visions, prophecies drawn to this proper name Nietzsche and certain conditions, questions, afflictions attributed to territories demarcated as Arab. The film defies categorization, as it is neither essay nor performance, neither documentary nor fiction; it is instead an attempt at a clearing for something which is refused and refuses a designated place, people, time – yet it is what is most desired.
*This film is enacted and edited in simultaneity with its screening. And for this reason the two screenings will diverge considerably.
*The Silent Green edition can be considered an appendix to the film that will be screened at Arsenal. For the first time, the artists will attempt to make visible and give an account of this way of simultaneously making and unmaking film.
by Ayreen Anastas, Rene Gabri
with Ayreen Anastas, Rene Gabri Palestine / USA 2020 Arabic,  English,  German,  French 90’ Colour World premiere Documentary form

Ayreen Anastas and Rene Gabri distrust the biographical. The tendency of the biography to veer toward a specific form of identity and life, in which the potency of living and writing devolve into fulfilling a function. Released momentarily from this function, whatever could be called the coefficient of art or poetry, would allow even a biography to say something other than its predetermined genre, to avoid a fate built into the category. What would a biography be if the subject or subjects it purports to describe were unhinged from the restrained logic of interiority/exteriority, cause/effect, will/action, origin/finality? Leaving aside momentarily the embarrassment induced by “success,” this biography may ask “what is an accomplishment in a life?” and “does it reside with and is it attributable to the person?” Where do the conditions of support, the air, the water, the diet, the historic, social, political, and geographic forces come to play? And what if life is perceived as a weaving of events, dashes, jottings, becomings, moments where something may come to existence momentarily or burst the buttresses of recognition, rather than be seen as a monotonous continuous line of narrative with that depressing arc of a beginning then a middle, concluding with an end? A biography, short as this, may not answer these questions, but its refusal to fulfill its objective already clears it as potential space of revocation.

1996 Less Confused Than I Was, More Confused Than I Should Be 1997 The City and Memory 1998 Borderline 1999 Self Portrait Video · Dating Videos · Splendor in the Grass Revisited 2001 Artistalk · Movements 2002 Confession Tapes · Music Videos · Love and Suicide · Library of Useful Knowledge 2003 What is Sixteen Beaver?; with Pedro Lasch · M* of Bethlehem 2004 Know Fundamentalism · Eden Resonating · Istanbul, Why? 2005 Pasolini Pa* Palestine · 7 X 77; 9 min. · Nyctalopia; with e-Xplo 2006 All Strayed and Were Incapable of Using · The Loneliest One · Good Architecture · We Accepted the Misfortune But Misfortune Didn't Accept Us · What Everybody Knows · Nicest Life, Nicest Food, Nicest Water · Building Vacancy Maps · Valley of the Graces · What Has Passed 2008 The Meaning of Everything · Thus I spoke and ever so softly for I feared my thoughts and hinter thoughts 2009 case sensitive america · Die Vant 2010 testing nothing in a little room is the way to use the room and nothing is then lost and that is such a correction · After all these introductions I wish to say something · Kindred Spirits · Project for a Revolution in New York · Some People Have the Watch: Others Have the Time 2011 January 28, 2011 2012 Chronique d'un film with François Bucher · The Line is My Line and the Word is Mine · I want to go without you: fiction in the absence of proper names · Strike Film with The Indivisible or Inadmissable Committee 2013 A Continuous Film Altered Daily: Days 1-12 2014 A Geography of Palestine or The Storyteller · When we act or undergo, we must always be worthy of what happens to us · Bouazizi's Neighbor · Something for All the World · My Body and Mind is the World Too 2015 Notes Toward a New Theory of the Arabesque · They Went Away to Stay with Ben Morea · In the Presence of Absence, In the Absence of Objects Seen 2017 We Refugees · And You, What Do You Seek? 2018 An Untimely Film For Every One and No One; Forum Expanded 2018 2019 Outlines for a Communist Museum in Palestine · A Thanksgiving Prayer 2020 Born of the *  *  * : On Zarathustra's Going Under from Cairo to Oran

Born of the * * * : On Zarathustra’s Going Under from Cairo to Oran