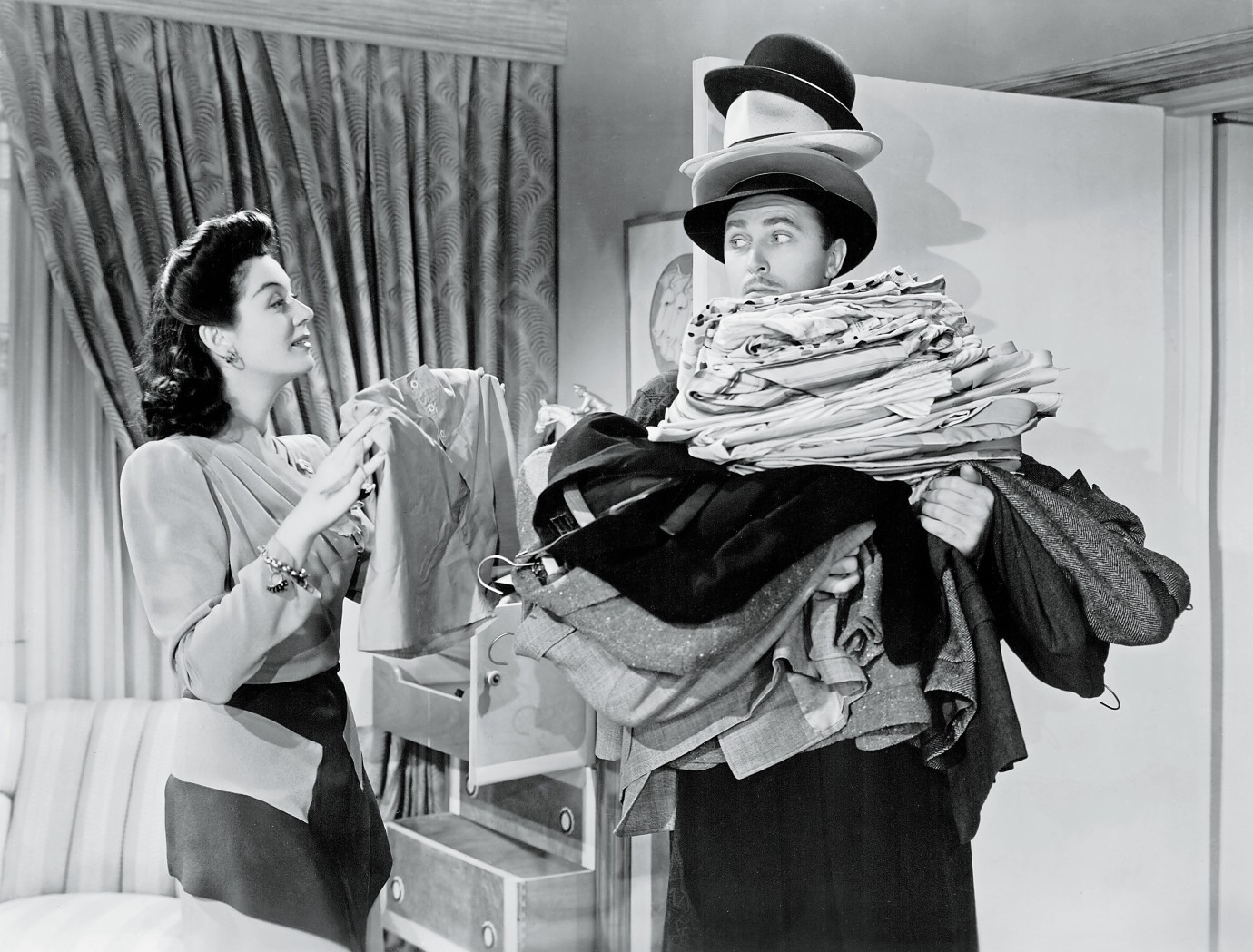 Source: British Film Institute, courtesy of Universal Studios Licensing, LLC
Kendal Browning not only loves her job as secretary, she’s also in love with her boss, Stephen Dexter. So she’s not happy about his seasonal habit of pursuing blondes whenever spring fever strikes him. His latest romantic entanglement is with model Phyllis Walden. When Stephen’s concrete company is threatened with a hostile takeover, his lawyers advise getting married and putting his assets in his wife’s name. But when he sends Kendal to tender his marriage proposal to Phyllis, the secretary is prepared to use devious means to thwart the romance. Kendal presents the proposal in such a way that Phyllis can only reject it – forcing Stephen to say “I do” to his secretary. Any chance of newlywed harmony comes to an abrupt end when Kendal confesses her scheme to Stephen. Initially setting his sights on a quick divorce, he then realises that his bride owns all his assets, which she uses to hang on to the man of her dreams … In Hired Wife, Russell holds the reins firmly in hand, not only taming her boss, but leading a penniless gigolo to marital bliss, in a kind of sneak peek at the “outstanding career woman of the year” Russell would go on to play in What a Woman! (1943).
by William A. Seiter
with Rosalind Russell, Brian Aherne, Virginia Bruce, Robert Benchley, John Carroll, Hobart Cavanaugh, Richard Lane, William B. Davidson, Leonard Carey, Selmer Jackson USA 1940 English 96’ Black/White