Jun 22, 2022
Jenni Zylka Will Be the New Section Head of Perspektive Deutsches Kino 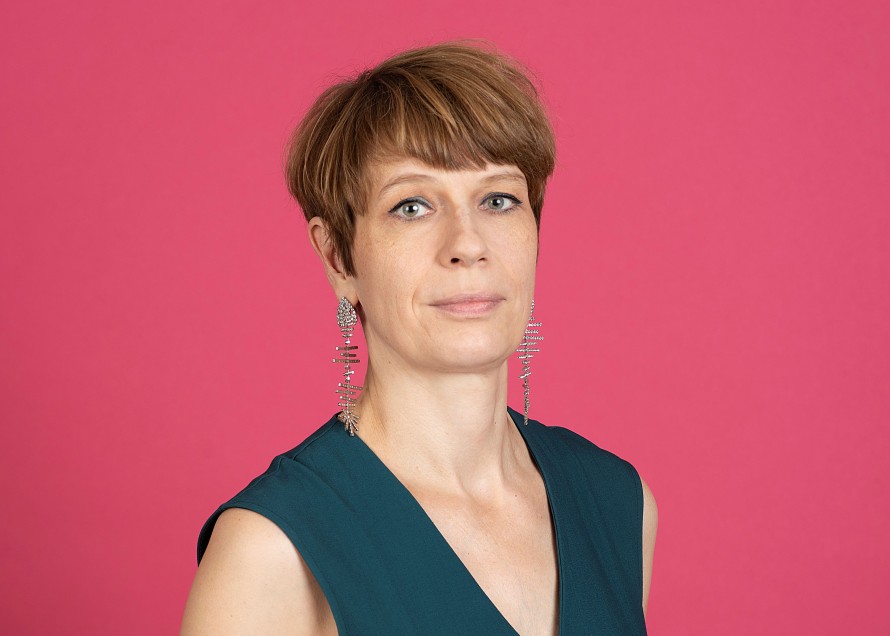 Starting on August 1, journalist, author and presenter Jenni Zylka will be the new head of Perspektive Deutsches Kino. Jenni Zylka has been involved with the Berlinale for many years now: She’s been moderating festival press conferences and film talks since 1999, and has been on the Panorama selection committee since 2006.
She’ll be taking over the position from Linda Söffker, who bid the festival farewell in April 2022 after 12 years as section head to take on new tasks at the DEFA Foundation.

Jenni Zylka has been a culture and film journalist for print and radio since 1995. She’s a member of the Grimme Award jury and the FSF (German voluntary television rating commission) board of examiners, teaches journalism at the AMD Akademie Mode & Design Berlin, and works as a screenwriter and author. In addition to the Berlinale, she also moderates film talks and press conferences at the Dresden and Emden film festivals, among others.

“Watching movies, thinking and talking about them, being fascinated or touched by them - it’s hard for me to imagine anything more wonderful. Working as a film journalist has made me aware of the richness of ideas and amazing talents German film has to offer, and I’m really excited that I’ve been given the opportunity to try and find them all - and not just that, but also to share them with the festival audience!” says designated section head Jenni Zylka.

“We’re looking forward to working with Jenni Zylka as the new section head of Perspektive Deutsches Kino. We know Jenni well - her skills, her dedication, her taste and her passion for film. Her many years of experience will maintain and fortify the section’s status as a platform for German film talent and its connection with the international film industry,” say festival directors Mariette Rissenbeek and Carlo Chatrian.