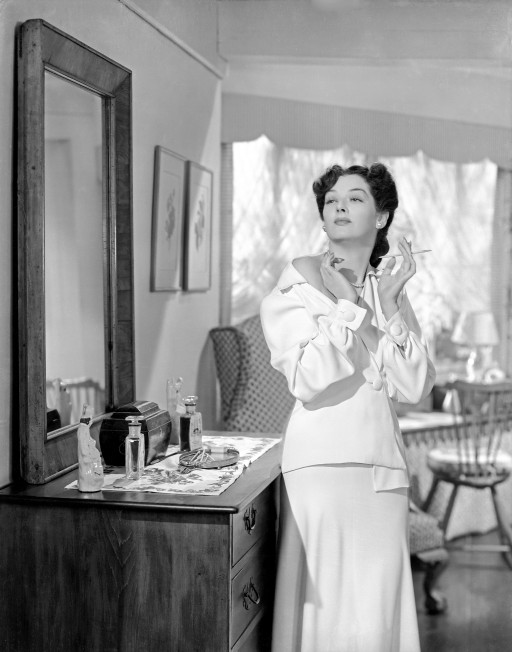 Design for Scandal by Norman Taurog

Born and raised in an Irish Catholic family that settled down in Connecticut, Rosalind Russell embodies an ideal of the modern woman, confident and yet capable of finding her place within society (and on set) without upending the established order. A model and Broadway actor, she arrived in Hollywood in the 1930s, first at Universal and then at Metro-Goldwyn-Mayer, where the working conditions were better. Her image and many of her roles, however, retained ties to the dynamic, entrepreneurial East Coast.

In the 1930s, comedy dominated, and Russell lent her characters not only her allure and natural elegance, be it in her looks or movements, but also her ability to express herself verbally. While cinema explored the narrative and rhythmic potential of dialogue, preserving parts of the silent era’s concision while transposing it to a context where the pace is dictated by line delivery that grants performances a more subtle and varied array of nuance, Rosalind Russell contributed in a major way – more so than some of her more famous colleagues – to the definition of a style that remained a template in subsequent years.

Alongside storytelling canons, American cinema in the 1930s had an increasingly close relationship with the collective imagination. As an industry, it literally crafted characters as role models, capable of influencing the viewers’ lifestyle. Caught in between progressive impetus and moralising obstacles, new social figures developed, giving men and women a different characterisation. Unable to rely on notable curves or breathtaking beauty (although this takes on a more complex meaning, since there was a precise intent on her part in how she was depicted on screen), Rosalind Russell became a female template one could easily identify with. Her commitment to character was eyepopping: with her, one gets the feeling her characters are alive even when the camera is not on them, and they know more about life than others. Taken as a whole, the Retrospective offers a range of characterisations that are far from secondary, often capable of questioning societal roles with cutting wit. 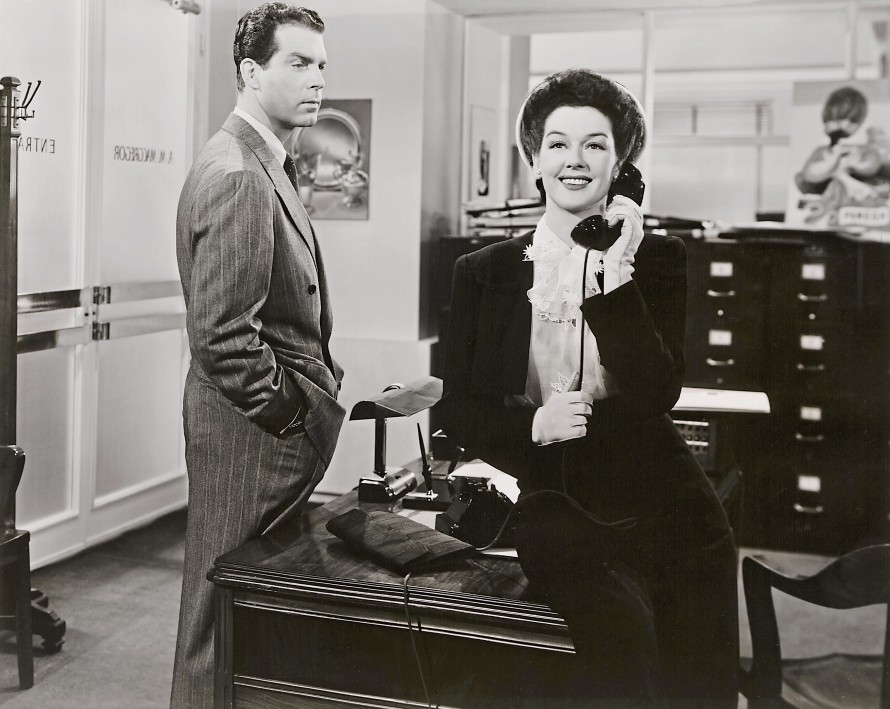 With Fred MacMurray in Take a Letter, Darling

Unable, or unwilling, to argue with the studios for more screentime, the actor found other ways to liberate her characters from their initial submissive stances. Her clothes, for example, efficiently convey the image of a refined, charming woman who is also busy, active, and independent – far removed from the seductive mode of the frivolous moll or the dark lady. She wore each item of clothing to perfection: evening dresses, work outfits and even sweatpants! Even when her body lent itself to the demands of comedy, it remained elegant, as in The Women (George Cukor, USA 1939) or the lesser known No Time for Comedy (William Keighley, USA 1940), where she frequently wears white and maintains a somewhat aristocratic air next to the slouching, slightly clumsy James Stewart.

Where the new role of women thrives, is the context of dialogue. And from that standpoint, His Girl Friday (Howard Hawks, USA 1940) remains unbeatable. But Hawks’ grandiose, and to some extent unique film would not be conceivable without the beat-by-beat deconstruction of the image of the woman as subservient to man, a path undertaken by many forgotten movies of the ‘30s. It is well known that Russell was not the first choice for the role of journalist Hildy Johnson, but today one cannot imagine anyone else, as though the part had been written specifically for her. The speed of her speech patterns and actions are the equivalent of the confidence the actor developed across multiple films where she had limited amounts of space and time to convey plenty of information. 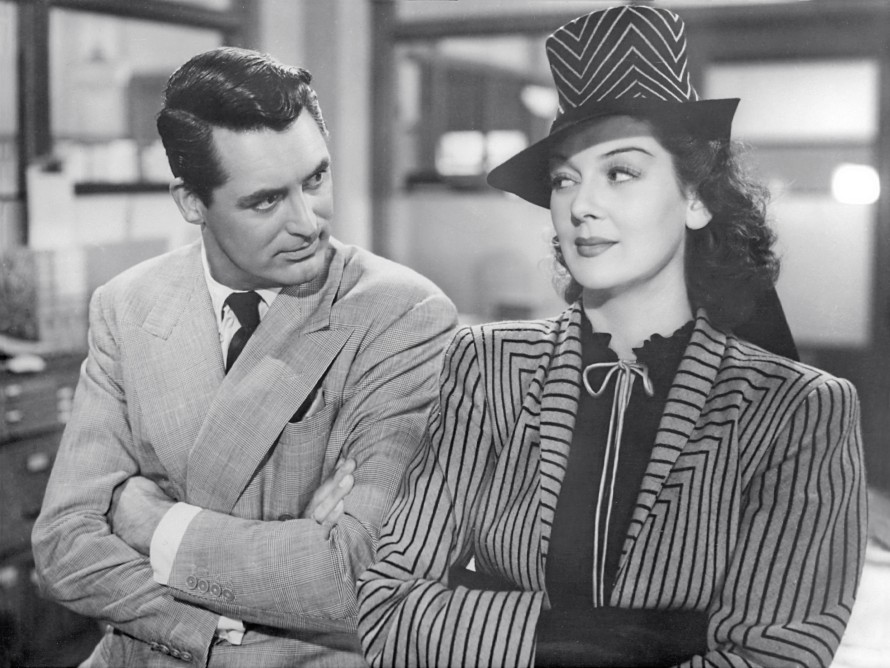 With Cary Grant in His Girl Friday

“I think filming the scene is the easiest thing. It’s preparing for it, rehearsing with it, trying to get at the guts of it, trying to give it meaning and freshness so that the other actor will relate to you and think of you as his mother or his wife or his sister, rather than just reciting lines, that’s the actor’s real work. Every actor you play with helps or hurts you, there’s no in between. It’s like tennis, you can’t play alone or with a dead ball; and a lot of pictures fail right on the set, not in the script, where they say it starts.” (From Rosalind Russell: Life is a Banquet)

Acting is also – especially in comedies – an exchange of lines and positions with your scene partner: keeping up the pace, varying the exchange, preparing the killer blow. While Mae West evokes the image of the boxing ring, with Rosalind Russell the ideal metaphor is tennis. Her style of play has a solid ground upon which she built sudden acceleration, running towards the net, but also powerful lobs.

Regardless of the storytelling’s conception of her role, she frequently led the exchange and set the pace. Such was the case in Hired Wife (William A. Seiter, USA 1940), where playing a secretary didn’t stop her from being the film’s deus ex machina. It is no surprise, then, that in Take a Letter, Darling (Mitchell Leisen, USA 1942) she finally got to be an active businesswoman. Even if only within the confines of a film, the passing of the torch was official at last!