Béla Tarr is one of the most prominent filmmakers in modern cinema. The relationship between Béla Tarr and the Berlin International Film Festival is very long and meaningful: many of his films have premiered or screened at the festival, including The Turin Horse (2011), his last feature film to date. Last February the restored version of Sátántangó was shown as part of a special programme at the Forum, 25 years after its premiere. Missing People - presented at the Wiener Festwochen 2019 - is his comeback to filmmaking within a new setting. 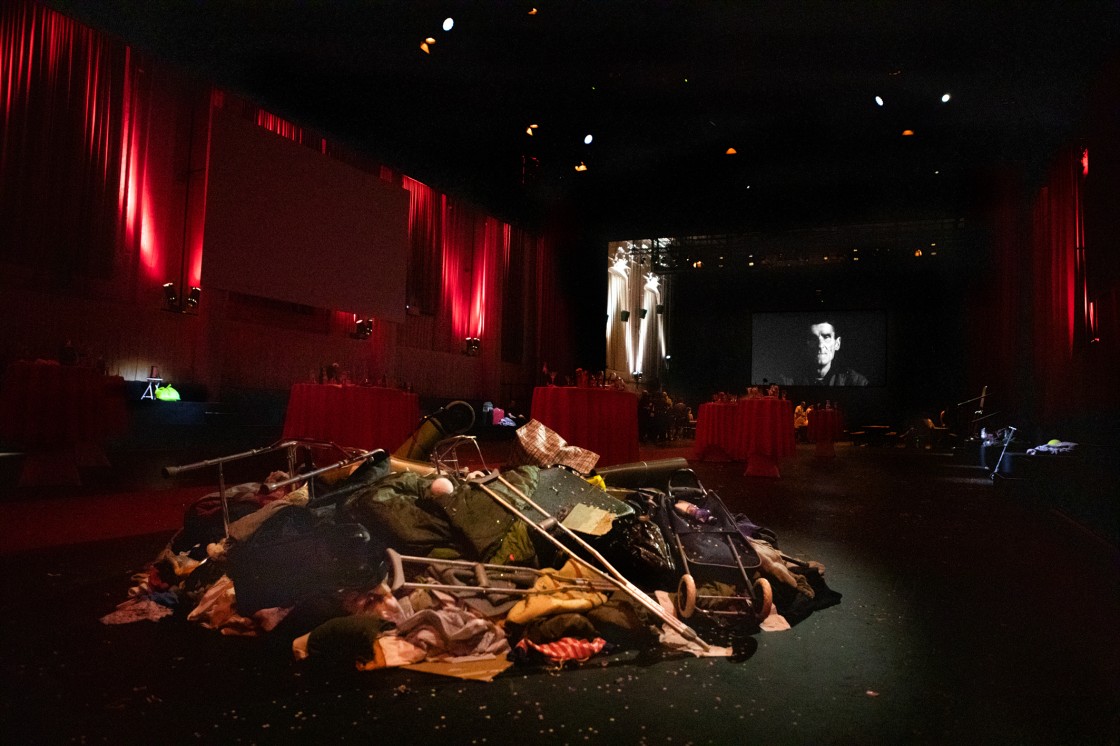 Missing People at the Wiener Festwochen 2019

In his latest work, after an eight-year long silence, Béla Tarr leads us into an empty room containing what remains of a party. It is not an image from a film. The room where the Wiener Festwochen-produced event takes place is furnished as though it had hosted one of the red carpet parties the film industry enjoys so much and frequently puts on after film screenings. The raised tables are adorned with plates and glasses that are still half full, turned over, broken…

Two-three rows of desks occupy the borders of the rooms, on the two longer sides. Above them, hanging from the wall, are two screens in a symmetrical position; at the tail end of the room is a curtain. Before addressing the cinematic part one must discuss the context: that room is not only the film set, as we discover soon thereafter, but also, as is always the case in Béla Tarr’s work, an inhabited space rather than a set.

Missing People starts with a location, not so much an image. It is a non-place that will look more familiar to the viewers than to the film’s main characters. Be it a party or a reception, the place leads back to a context where form rules over everything else. Festival attendees are well aware of this: it is the space of encounters reduced to public relations, of conversations that are destined to last a set amount of time, usually not above 15 minutes. It is the space of buzzing. All of this remains the implicit conceptual backdrop of a beginning that takes its time to start.

Lost in thought, I realize the desks are almost all occupied. I choose a seat in the middle, thinking of the screen opposite me. I find a free seat, but the woman sitting right next to me points out the trolley, of the kind older people use for shopping. Someone, perhaps an actor who will have to return, left it there on purpose. After a brief pause, I sit down. If the actor/talent shows up, I’ll give them the seat. The lights go down and the curtain opens, revealing not a stage, but a proper screen. In order to see it, one has to turn around and look over the tables. For reasons unknown, I think of Plato. I think of how the table used to be a place of exchange, of words traveling from one end to the next with food and wine. These thoughts nail me to my bourgeois and intellectual standing. With just cruelty, Béla Tarr exposes us to our condition of absolute passivity, of spectators of banquets that have already been consumed. Henceforth, until the end of the film, one question creates a deep, resounding echo: what have we become? 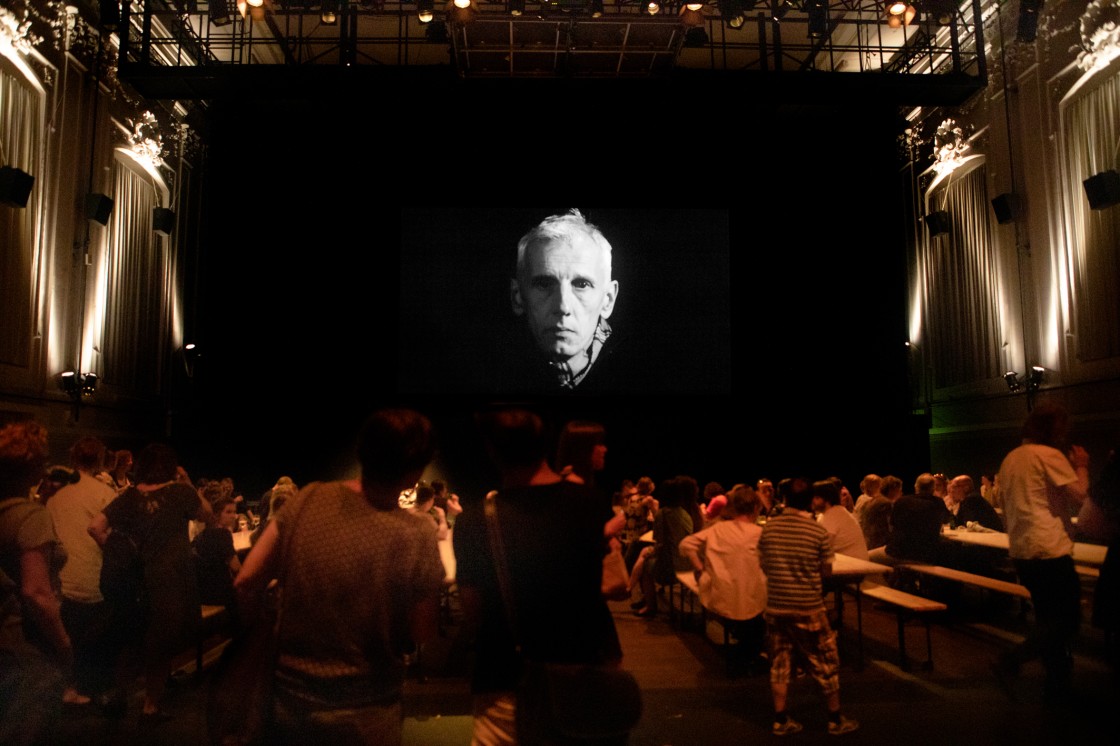 As though it were theater, the curtain opens, and cinema – back in its own right with a newfound strength – confronts us with people. It does so, first and foremost, through their faces. It is a mental flashback of sorts. The image of the room is projected onto the screen, like in a mirror. The door opens and one by one, the film’s protagonists, the missing people, come in. They’re images and, like never before, the image reveals its double significance: it denounces an absence and certifies a presence. Presence is the strength of cinema, the kind we have to know and still refer to as documentary for simplicity’s sake. As filmed by Fred Kelemen, those bodies and faces are present, in front of us, in all their crude, poetic, harrowing beauty – as Pasolini would put it. Those images condense weeks, even months of encounters, a slow and essential proximity that allowed Béla Tarr to create something that is neither documentary nor fiction: it is not a documentary because every sociological intent is left out, as the characters do not move within their own context; nor is it fiction because there is no story to tell. The characters take a step back, and their clothes, gestures and handful of expressions reveal the people that they belong to. Thinking of the empty space occupied by the homeless people Béla Tarr met and wanted as creative partners, thinking of the circular camera movements that come with them, the question of the tangle between actors, characters and people leads to one question: who do those images we saw belong to?

After more than a hundred years of history and images captured all over the world, the first indication shown by this glimpse of a century of visual fluidity lies in the path of liberation from the colonizing weight that the film camera still carries around – and of which auteur cinema was, to some degree, an extension. Here the images appear as free as the people who gave life to this project, although they maintain a high quality and rigor. They are free from all borders, be they linguistic or political, free from all aesthetics and religions. They are impervious to all attempts of appropriation. And yet they are so blunt in making us face pain that is no longer individual, but rather the result of a crookedness in which we all took part as actors.