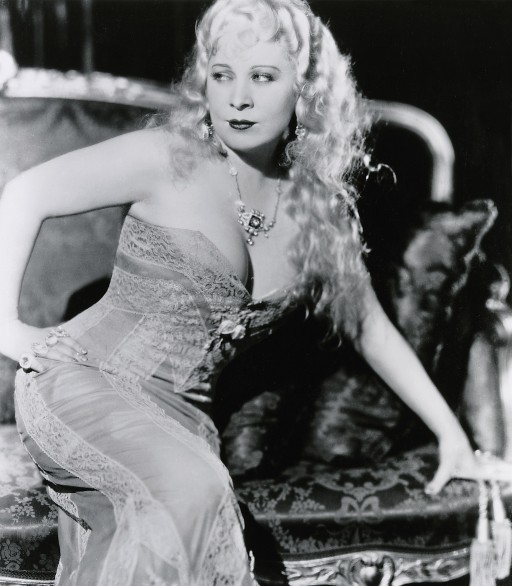 She Done Him Wrong by Lowell Sherman

1. Mae West was a foreign body in Hollywood. She didn’t have the physique of the Hollywood actress, nor the technique and diction that cinema imposed upon its creations. Whereas Hollywood wished for “its” women to smell like ocean breeze and remind us of majestic palm trees, Mae West was a reminder of how one gets to know the sea primarily via the harbour. The sea darkens the complexion and makes the language salty.

Mae West was Brooklyn, not just for her dry consonants, but because the city grew in the shadow of Manhattan’s skyscrapers, building up its creative contradictions. Mae West was a wave reminiscent of blues, for her hip movements as well as her mumbles. The pacing of her steps was akin to a boxer’s dance, not in the ring but on the pavements of a side street, where personality outweighs physical strength.

“I began writing by tinkering with the lines assigned to me, written by others, and I was soon on the path of beginning my own texts with just an idea, a picture, a costume or a song, and developing an entire act. I wrote the way I performed: boldly and loudly, I suppose, with an applauding dash and ironic overtones. But always with an awareness of my worth.

I had a proper understanding which grew stronger; that behind the symbol I was becoming, there was much good material for drama, satire and some kind of ironic comments on the wars of sexes and the eternal engagement and grappling between men and women in a battle that never ends. I did not perhaps treat the subject as seriously as Havelock Ellis, or as deeply as Sigmund Freud, Adler, Jung or Dr Kinsey, but I think if we all could have sat down and discussed the subject fully, my ideas would have been listened to with some sense of awe… “* 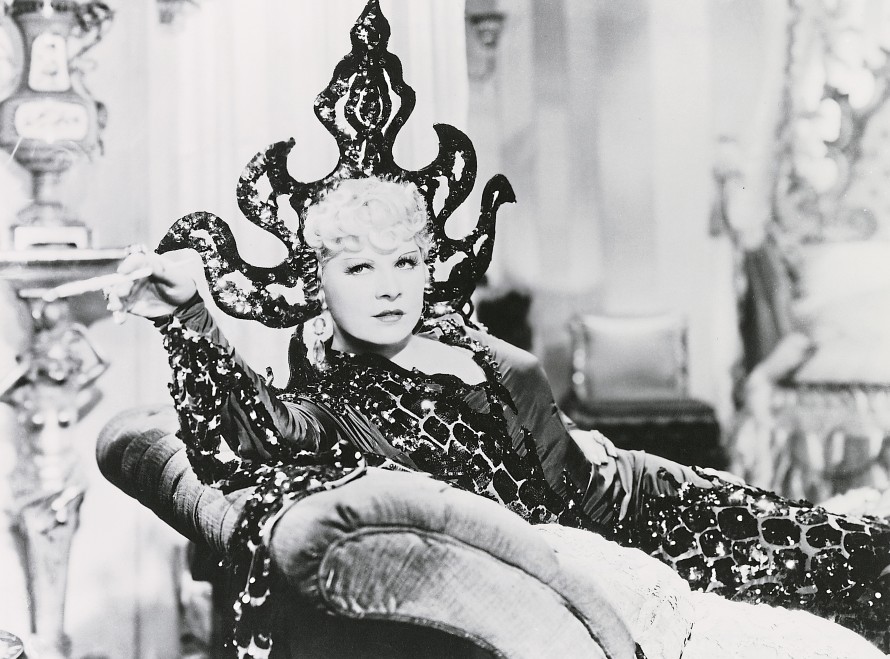 The Mae West singularity is even more noticeable if linked to her resistance to cinematic language, specifically the idea of decoupage. To her, film was an enhanced scene and, like all scenes, required her presence first and foremost. Mae West looked into the camera, talked directly to the audience, shattered realism and endangered the invisible editing that Hollywood used as a coat of arms in the 1930s and ‘40s. Mae West ignored the restraints of the frame, moved as though she were still on Broadway, imposed a shameless frontal stance and altered the rhythm of the scene, making the story simpler because it was subordinate to character development. The Mae West system admitted neither exceptions nor adjustments. Her strength – a closed template, impervious to external interference – was also her limitation. She never worked with directors who imposed their own cinematic language: she was not interested in that, and perhaps not capable of it. Like other great creators of revolutionary templates (Chaplin, Keaton), Mae West was a grand exception, with countless surface-level imitators and no real followers.

2. Mae West’s Hollywood adventure was the product of an exceptional, arguably unique situation. In the early 1930s, Hollywood was in dire need of reinvention: the 1929 crisis and the awkward transition from silent films to talkies had opened up new, unexpected spaces within the burgeoning industry. Mae West arrived in Hollywood because she knew how to talk. She immediately realised that even more important – more so than on Broadway – was the ability to write. Writers held the keys to power, if not to money. 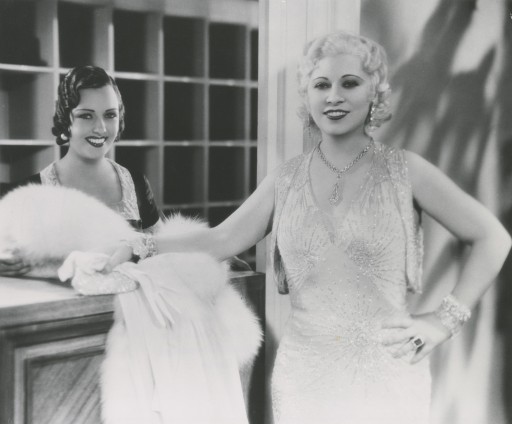 With Patricia Farley in Night After Night by Archie Mayo

Her appearance in films was a phenomenon that surprised and delighted producers and audiences alike, as they discovered a new way of being seduced, not by charm but by physical and verbal exuberance. After only a couple of films Mae West had already imposed herself and a completely new way of being a woman. Her entrance in Night After Night (USA 1932) serves as a manifesto of that. The brilliant line that subverts the relationship between goodness and diamonds sets up the next scene, where her character, who is completely secondary on a script level, dictates the timing of the dialogue and steals the show, knocking out the lead and his romantic wooing plan. Speaking of knockouts, I would have loved to see a Groucho-Mae match, as they had a similar way with words, leaving their scene partners speechless.

“Women were trying to walk and talk like me, and Mae West-Diamond Lil imitations, both amateur and professional, sprang up like a plague at the drop of the name or a feather boa. Women became more sex-conscious, and this, for some men, was a big break; for others, a bother. Sex was out in the open, and amusing.”** 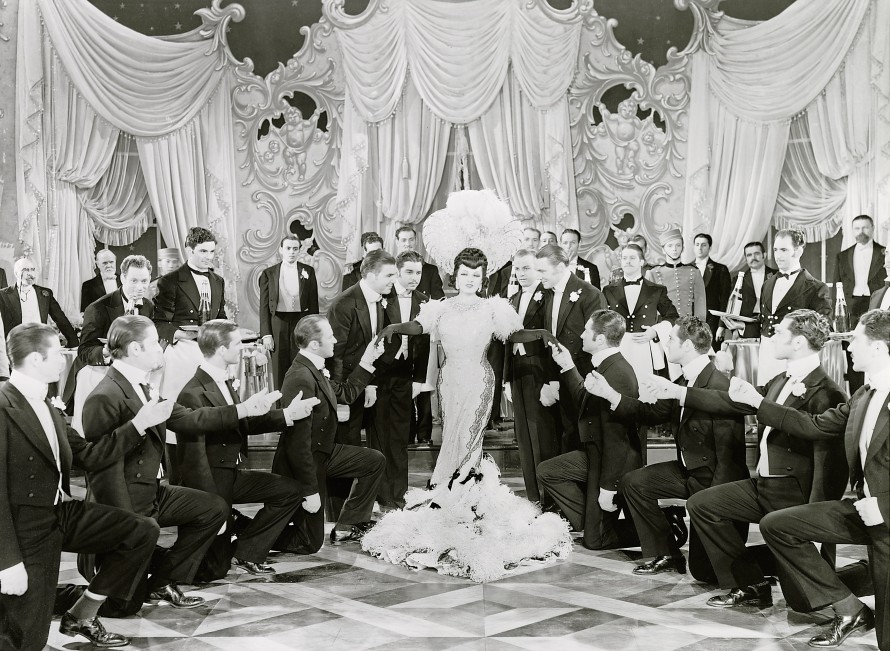 Every Day’s a Holiday by A. Edward Sutherland

Sex, the way it is spoken of and therefore implied, is noteworthy. Such freedom in dealing with feelings, dictating the rules of love affairs and subverting roles, is what the Hays Code and its puritanical wave went on to banish. But beyond the loaded lines and the ambiguous status of the characters (always on the edge of legality), it was the role of the woman that was refuted. To Mae West, a woman was in charge of her own destiny and ready to fight to keep other hands out of the mix. Her purpose was not just to put men back in their place, but also to incite other women to follow suit. Mae West, as a hypothesis, could have brought the US forward by decades, especially if one thinks of the impact this would have had in Europe where, in between two wars, women hugely outnumbered men. Alas, history chose another path, but perhaps that’s why her personality and her films still have so much to say.