King Vidor was born at the same time as cinema (1894), and along with other pioneers in cinema he shared the feeling that reality was itching to get captured by somebody. Action preceded, informed and determined thought. One had to move, be where things are happening, in order to film. And if the camera couldn’t move, one would film movement: a parade, a storm – these were his early subjects. 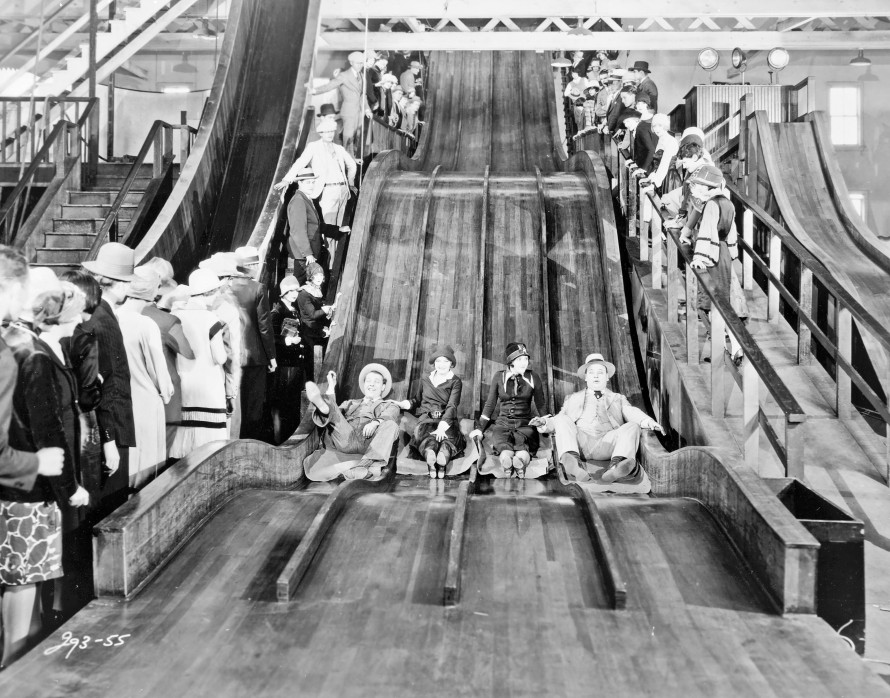 Vidor was self-taught and learned about films by making them, as a cinematographer, actor, producer, director, screenwriter. Part of this pioneering spirit remained even when the evolution of the filmmaking “machine” didn’t allow one single man to do the whole movie by himself. When the script or a single scene became too abstract or intellectual or when the “machine-cinema” was too invasive, Vidor switched to reality, using documentary style to keep the film grounded. The two most famous instances of this are the opening sequence of The Crowd and the shots of the blast furnaces in American Romance. These scenes ooze reality, and yet they’re the product of very accurate work. Be it with internal editing (American Romance) or a series of shots and dissolves that were quite elaborate for their time (The Crowd). Vidor creates something unique, realistically determined and universal. You can feel the heat of the furnace and grasp the workers’ circular movement; you can hear the noise of the city and then the buzz of the workers in the office, while the description veers towards satire. Though he chose a different starting point, Vidor achieved the same result as his friend Charlie Chaplin. It is a symphony of movements. 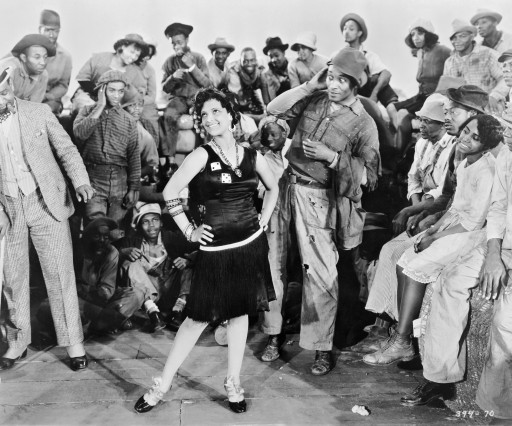 Few people credit Vidor with the experimentation that one can notice through an overall look at his work. It’s not just visual (the action scenes in a supposedly stuffy film such as Bardelys the Magnificent), but conceptual as well (Show People is a gem, a sweet and sour meditation on the star system in the silent era). Many of his films are aesthetic challenges, from the groundbreaking use of sound as a tool to convey the sense of a community (Hallelujah) to the architectural space becoming a sort of abstract frame (The Fountainhead).

Street Scene – although it’s on a lower echelon – is a great example of this. As is well known, the film consists of a single set a street like many others in New York with a building like many others. We could be at the theater, or inside a Chaplin film. And yet, from the very beginning, with a sequence of medium shots, close-ups and extreme close-ups, Vidor puts us inside a specific reality, where something “unfilmable”, namely the summer heat, has the task of throwing us into the “here and now” of cinema. The film is like a freeze-frame of New York, but nothing appears to be static or metaphorical. It’s quite the opposite, in fact. While all the characters move as though they were in a musical, their accents introduce us to the multicultural nature of the city. The windows of the building give way to the off-screen, and although the lines are pure script, the editing and the confident camera movements bring the film to the territory of the real.

Street Scene is probably the extreme that connects two ways of perceiving the “cinema” machine. Showcasing American pragmatism, the Texas-born director decides to tackle both of them. On the one hand, we have films born from the encounters between actors and spaces, be they real or manufactured, films that find their shape traveling outside of office buildings, often following the movement of their characters. On the other hand, we have films born within the typical mechanism of the Hollywood production machine, with rigidly assigned tasks, a solidly structured set and stories that abide by the seasons and the tastes of the box office. Depending on how one looks at them, Vidor’s films – even the ones deemed lesser efforts – showcase one tendency or the other. Bird of Paradise is a genre film, almost a caricature of the exoticism that Hollywood cherishes, and a star vehicle for Dolores del Rio, but also an exploration of a new space, with underwater scenes of rare beauty, where bodies, not words, carry the story. The Champ is a confrontation between two distinct bodies and actors (the robust Wallace Beery and the tiny Jackie Coogan), a perfect representation of the chaos in which they live (Tijuana), as well as the exaltation of the set as a creative space, underlining and balancing the Christ-like and melodramatic impulses of the narrative.

Being both part of the Hollywood system (see his relationship with Selznick regarding Duel in the Sun, with the producer convincing the director to make Gregory Peck’s character more villainous) and apocalyptic towards it, to the extent that he was crazy enough to self-produce (not only at the beginning of his career, but also with his key project American Romance), Vidor is not an auteur in the purest sense of the word. His style adheres to only one tenet: absolute freedom to tell the story he was often entrusted with.

To think of Vidor’s cinema today offers many points of interest, beyond the technical and stylistic ones previously mentioned. He is arguably the American director who did the least to convey a “bigger than life” message. To him, life – the life of the characters from whom the film starts and to whom it returns – was larger than anything else. It is otherwise impossible to understand the oft-mentioned relationship between individualism and collectivity. Vidor did not like putting grandiose, self-sufficient characters at the center of his stories. His heroes are often tinged in darkness. His lone horsemen are fascinating but also dangerous – he preferred men who were not quite as bold, but capable of representing humanity’s weakness and precariousness, which was also its preciousness. The maimed soldier in The Big Parade is the perfect prototype of this. Harry Pulham is the counterbalance in peacetime. Vidor’s men – unlike the women who are confident, brave and enterprising – need a spark to set them off, be it a desire/obsession, chance or an accident. What’s admirable is how they respond, as though they remembered that reality, as chaotic, brutal and absurd as it may be, always offers an opportunity to accomplish what was promised to them.