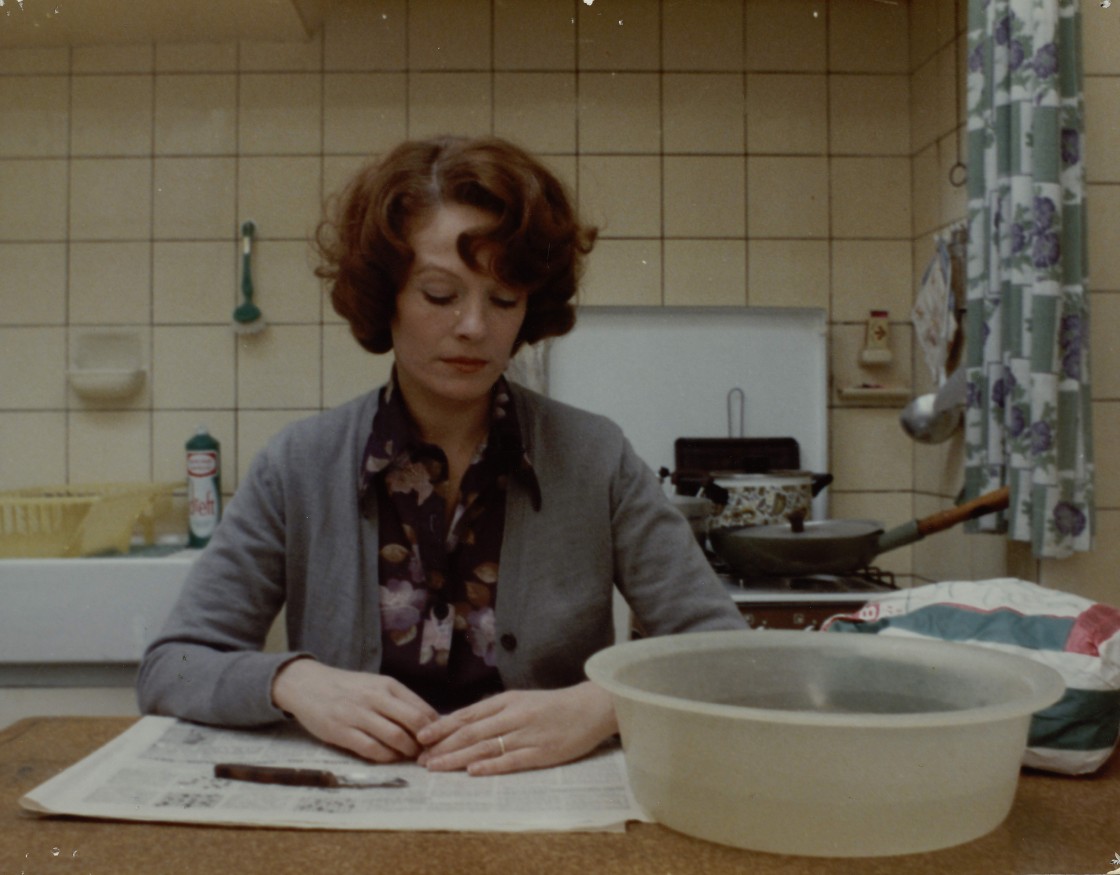 I met Jeanne Dielman in 1997, at the Pesaro Film Festival, as part of a Chantal Akerman retrospective. I use the word “met” rather than “saw” because, perhaps for the first time, I sensed the character taking over the film. My notion of auteur cinema demanded that I pay attention to camera movement, editing and shots, and to grant them precedence over the story and the characters conveying it. I realise Akerman is the quintessential auteur and this film especially shows extreme aesthetic rigor, perhaps even on a conceptual level since every shot functions as a cage. However, if we look beyond the surface, the reduction of mise-en-scène variables offers the protagonist a stage not unlike a theatre, except in this case the impression of reality is one with the feeling of facing a flesh-and-blood person. Delphine Seyrig’s body, through the way she occupies the space, becomes the real screen on which the story unspools. Then again, for most of the film, Jeanne’s body is the only thing that moves. Avoiding any changes in shots, Akerman asks the viewer’s eye to focus on the details, the parts that attest to the passage of time. In doing this, the film gives time a new role. In fact, only the time we’ve spent with Jeanne – getting to know her gestures, her actions, feeling the weight of her routine – allows us to ascribe meaning to her final decision. It’s the work on the notion of time that makes Jeanne Dielman, 23, quai du Commerce, 1080 Bruxelles (1975) a lot more than the portrait of a woman dividing herself between her clients and her child. 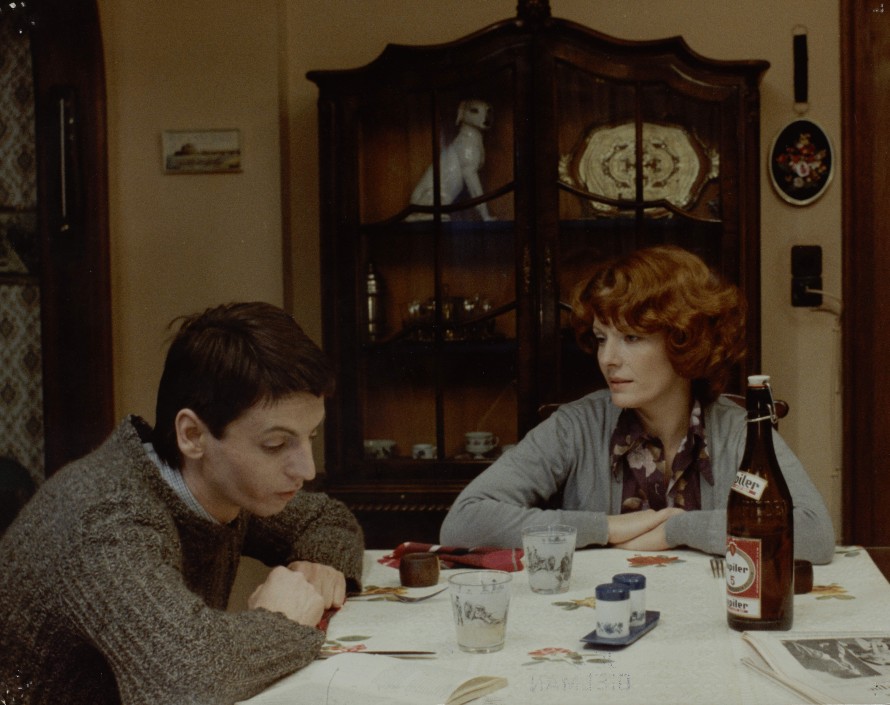 Up until then, cinema was, to me, largely a matter of spaces. It was the art of staging bodies, creating meaningful geometries with the camera. You could recognise a shot based on cutting, lighting, and depth of field. I think of shots that fit these criteria and have crystallised in my memory as though they were paintings: a couple observing the distant city lights (Sunrise: A Song of Two Humans, F.W. Murnau, 1927), or a man trapped in the gears of a factory (Modern Times, Charlie Chaplin, 1936), to mention only two that are as far removed from the present as they are famous. This exercise doesn’t work with Chantal Akerman: her shots are portions of time. Our memory must grasp the duration, the time required to cook a steak, for example. Or the time the wind spends hitting a shrub, as it does at the beginning of her last film, No Home Movie (2015), which closes the book on her relationship with female roles. Only then does the shot become one. 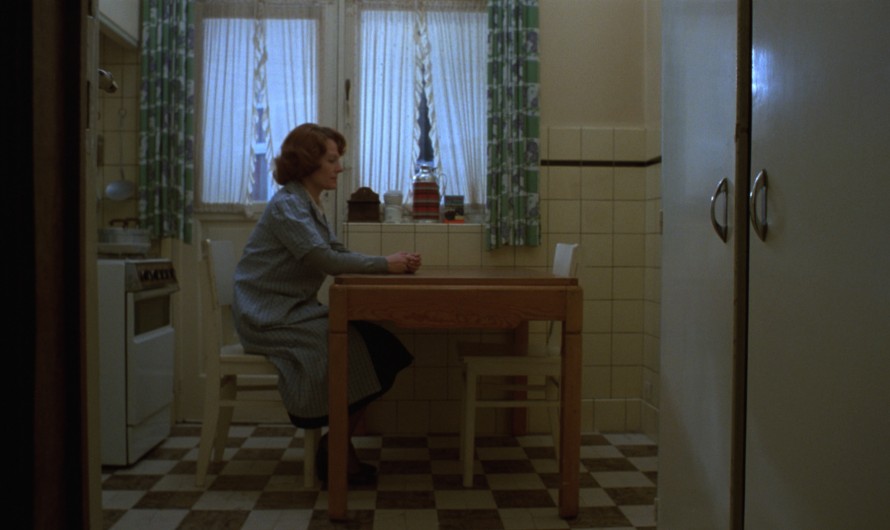 Akerman’s films subject space to the concept of duration, as though someone were verifying its consistency. A space is cinematic only if it resists the time passing through it. And as this happens, it becomes more than just a space. In the case of Jeanne Dielman, time is the true subject of the story. It is not the protagonist’s double life, but rather her compulsive drive to fill her time with actions because without them she would become aware of the void around which her life is structured. If Jeanne Dielman, 23, quai du Commerce, 1080 Bruxelles is a deeply feminist film, it is not because the crew was 80% female and not just because the film recounts a woman’s rebellion vis-à-vis a centuries-old system but rather because, in the director’s own words, “it gives cinematic existence to gestures,” the daily ones carried out by every single woman in her home, that have almost automatically become a protective cage. The protagonist’s alienation is therefore twofold: on the one hand, it’s the character’s; on the other, it is reminiscent of something that, on some level or another, all women have experienced or known. Much more than a slogan shouted in the street or a symbol drawn on walls, this film allows each viewer to embark on that long journey (it was long then and remains long now) separating them from those next to them: a mother, a partner, a friend, a daughter yet to come. There is no intent of appropriation, though, because the film does not intend to provide a motivation or an incentive for identification. Jeanne will evade all attempts at capturing her. That is why many perceive the film as hostile, because for too long we have become accustomed to asking cinema to help us understand the nature of the characters and bring them closer, as opposed to trying to put us on the path towards that otherness that they represent.