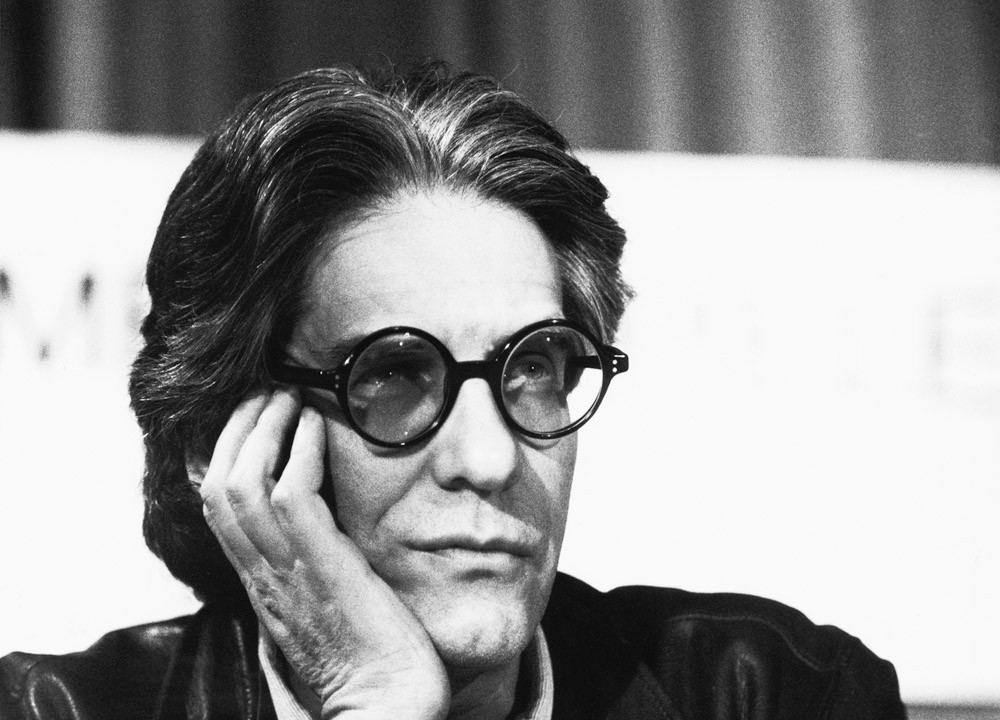 David Cronenberg at the 1992 Berlinale

The Fly (1986) was the first David Cronenberg film I ever saw. It is hard to say now if I perceived the auteur’s jarring voice within a work that takes its cue from a far too conventional template. Still, something about that modern “metamorphosis” must have gotten under my skin, because I then endeavored to see his next film, Dead Ringers (1988), as soon as it opened. And then, with Naked Lunch (1991), I completely related to the director’s universe, which could turn cerebral phantoms into something that is very physical, trivial and tactile. Whereas William S. Burroughs’ trip is dipped in acid and the words slide away, as cleanly as a needle on/under your skin, Cronenberg’s nightmares can be touched. They’re made of flesh, plastic…

1986 to 1991: over the course of five years, my relationship with cinema changed. What was a generational pleasure became something more, not quite an obsession yet at that point, but certainly a tool, an alternative to those offered by the school system, with which to read the world. Within that framework, David Cronenberg plays a pivotal role, with his filmography enabling us to transcend narrow cultural and geographical borders. There is a major leap from the (apparent) linearity of The Fly to Burroughs’ writing, but the common denominator remains: the body as a map upon which he sketches his stories, writes down his obsessions and nightmares, and experiments with the future that becomes the present. By the time eXistenZ (1999) came out, I had watched Videodrome (1983), Scanners (1981) and The Dead Zone (1983) many times over, and I had seen and adored M. Butterfly (1993) and Crash (1996). David Cronenberg had become a key auteur to me. Even now, with more elaborate critical tools at my disposal, the Toronto-born director keeps enthralling me with the way in which his films use the deformation of reality as the main element to tackle the ordinariness of everyday life. Where genre cinema merely holds the viewer’s hand in forbidden, dangerous lands, Cronenberg turns genre cinema into the paradigm through which to read all that reality seems to obliterate. While the killer in Videodrome adheres fully to genre conventions, as does the experiment in The Fly (which is, of course, a remake of the B-movie of the same name), it is the physically painful consequences for the protagonists that hit a raw nerve. Mutation, the symbol of diversity, is a source of pain and pleasure, of repulsion and seduction. To a generation that was shielded from pain and trauma by the omnipresent filter of monitors, and raised – to put it differently – in the cultural graveyard that was (Italian) television in the 1980s, Cronenberg’s cinema offered not the loud rebellion and political action discourse that our older brothers cherished, but rather the chance of an inward journey. It told us that, in spite of the protective pillows that society placed everywhere, it is in our body that the revolution could begin. In fact, it had already begun.

eXistenZ is the final step of a journey that took a different turn starting with Cronenberg’s subsequent film, Spider. It directly echoes Videodrome, with a (video)game taking television’s place. In the year of The Matrix, the garage-like look of eXistenZ had a different flavor. Critics deemed it a lesser work, whereas I think it’s a fascinating foray into now fashionable territory. Cronenberg’s advantage is that he explored that territory so extensively that he doesn’t need to rely on stunning special effects or ask the music to help him out. Howard Shore provides a melodic counterpoint to the storytelling, bringing it close to a sacredness he had already experimented with in M. Butterfly. Despite the shifts in reality, the suspense provided by the plot and the final twist, the film is almost a whisper, one that adheres to genre plot dynamics and confirms that, in spite of the content, Cronenberg is not a postmodern filmmaker. Far from it: where others focus on the disappearance of reality, he traces the picture of a small resistance community. His characters rebel against the system and question it. And thus this lesser film (then again, Cronenberg’s entire oeuvre is about the outskirts and the marginalised) can also be read as a meditation on the greatest dream factory of all, Hollywood, which at the dawn of a new millennium began showing neat cracks.