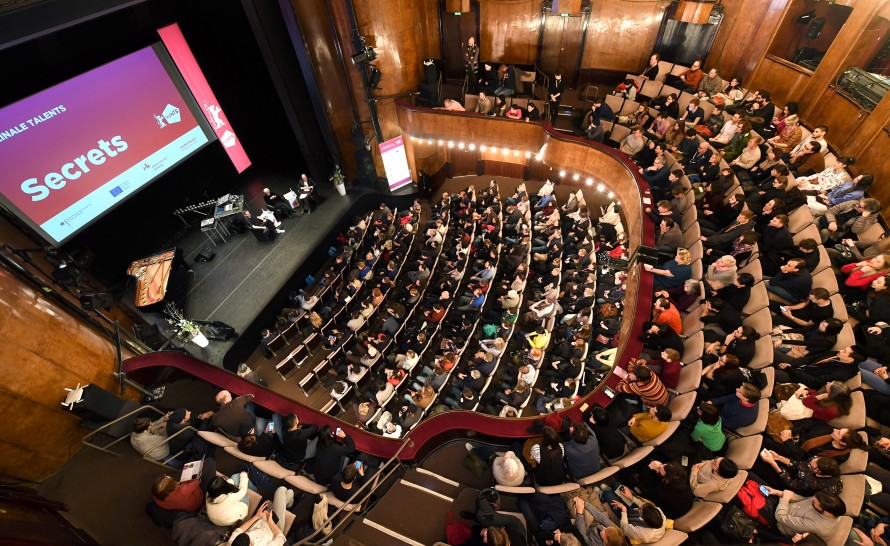 Berlinale Talents sees itself as a seismograph. Which trends have you identified going through the approximately 3,500 applications? What are young talents across the world currently focusing on?

Christine Tröstrum: First of all, it’s important to discuss the term “young talents” again. The talents are often described as up-and-coming filmmakers and that makes you think they are at the beginning of their careers. But we actually take people who are further on. Most of our talents are filmmakers just over the age of 30 who have already achieved a lot. Over 50 of this year's participants have already had films screened at the Berlinale before coming to the Talents. This year, that includes French filmmaker Pilar Peredo who has produced Competition films like Ixcanul by Jayro Bustamante. And among the German Talents in 2020 are some whose films screened in last year’s Perspektive Deutsches Kino programme: the producer of Oray, Claus Reichel, and the director of Off Season, Henning Beckhoff, to mention just two. In this respect, we are not just promoting young people. We would prefer to call ourselves talent developers and agents of the future.

Florian Weghorn: Regarding trends, that’s very simple: They never work in the way you expect. People who follow trends often end up lagging behind. In contrast, we try to sense changes before they become obvious. Digitalisation in film production was already being explored at Talents before it became a major topic three or four years later. We suddenly had young camera people who knew more than the old hands and others who weren’t sure if they were soon going to be replaced by a chip. The latter has, of course, not come about, especially when you look at film as a whole. We can quickly see changes in the film landscape because we invite people from all the different technical disciplines. 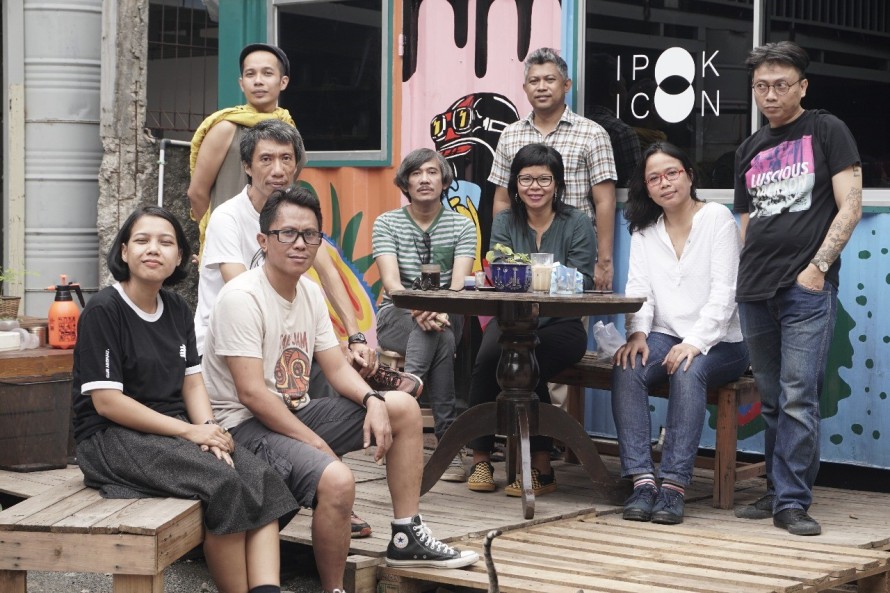 The artist collective rungrupa from Indonesia

Your major topic this year is collectives. How did you come up with this?

FW: It’s more that the topic came to us. We’d already noticed in the previous years’ applications that the self-identification of “me, myself and I” was becoming less prominent. Our applicants increasingly think in networks and organise themselves accordingly. We’ve now made this tendency an explicit topic in order to understand it more precisely.

What specifically does this mean for your programme?

FW: We’re chiefly looking at how collectives work. It’s not just about being nice to each other or sitting in a circle of chairs and debating for hours on end. The interesting thing about collectives is the self-imposed, radical nature of their collaboration so that they achieve an open exchange – whether it be on set, while writing a screenplay or in your small neighbourhood cinema business. For this to function, hierarchies must first be made transparent so everyone can deal with them. We are also taking a playful approach by involving our actors, for example, in a collective story experiment with an open ending.

What, in your opinion, are the origins of the current mistrust in traditional hierarchies?

CT: It is a knock-on effect from the global political situation to the cultural field, which then arrives at our doorstep. We are in a phase where we’re once again having to fight against forms of autocracy and must strengthen democratic structures. These are debates that are currently very pressing.

FW: And perhaps the collective is also an expression of the desire to protect yourself against the feelings of powerlessness that accompany the isolation that is a sign of our time. The renaissance of the collective can only be understood if you look at its alternatives. 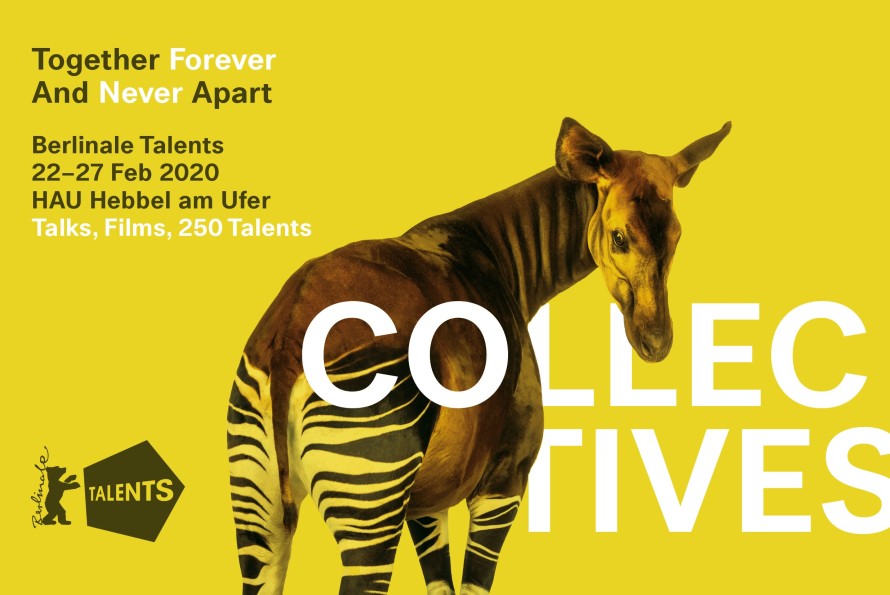 Why does filmmaking in particular lend itself to thinking about the collective?

FW: Because it is a “people business”: nobody makes a film alone. At the same time, structures of cooperation in the film industry are extremely volatile. Equality, freedom from hierarchies and the balanced sharing of roles do not come as a matter of course. And from the outside, too, the collective ownership of a film is all too seldom acknowledged: the director is often at the centre of public attention. The screenwriter garners considerably less appreciation even though the writing contributes at least as much to a film as the directing. In this regard, it’s fascinating to change the cultural perspective: in our “Protocols & Pathways” event, Indigenous filmmakers join us to speak about their understanding of authorship: Stories are already there, like the earth or air; they belong to everyone. Directors may see themselves more as mediators who take these stories and pass them on – now in the form of a film.

What do you consider the great strengths of collectives?

CT: Collectives often offer the chance to emphasise a cause so it can gain more attention. For example, women in Iran who have no training opportunities and are exposed to systemic oppression. Sometimes, an effective platform for individuals can emerge out of a community. We want to encourage this way of thinking. Also in the sense that you don’t only see yourself in your role as artist or filmmaker but also as a cooperative and socially interconnected person with the power to initiate ideas and instigate change.

So, all power to the collective?

CT: No, we’re not saying that collectives are a universal remedy. But their potential should be made visible and productive for the common good. For this, we want to open up conceptual spaces and room for experimentation in this year’s programme.

FW: Certainly not everything has to become collective. But their fundamentally increased level of internal discussion and their process of self-understanding mean that collectives are good breeding grounds and can then also bring up some of society’s painful topics. For example, when it comes to questions of participation and equality in the film industry. Collectives have often already dealt with potential conflicts before they break out. They have considered how to avoid mechanisms of exclusion. Moreover, we see the collective as an attitude that can also be practiced alone. We have a fair amount of one-woman and one-man collectives in the programme, too.

Berlinale Talents is the responsibility of two people, yourselves – although many more people are involved in organising it. Be honest: doesn’t a collective also involve lots of friction and gnashing of teeth?

CT: Collectively you have to communicate much more. Our double leadership is a challenge for our team because sometimes there is a question about who decides what. At such points, Florian and I have to reach a consensus based on the shared core values to which we have committed ourselves. The rest will sort itself out. And accepting someone else’s decision and respecting it is of great value – instead of yelling afterwards: “But I would have done it differently!”

FW: Our programme is not ignoring the problems and challenges that collective working can also bring. When you sit on stage and discuss filmmaking, it isn’t always about the nice things. But now, it’ll be having that discussion in stereo.

Part of your programme is just for the invited talents, but a large part is also open to the general public.

CT: Yes, and every Berlinale visitor should experience at least once this atmosphere in the wonderful HAU Hebbel am Ufer theatre in the company of 255 filmmakers from over 80 different countries. It doesn’t matter where you come from or which language you speak – you can find and communicate with each other all the more intensely on other levels.

FW: Yes, that’s something Berliners and international guests can only experience at Berlinale Talents. They can feel what a love of film means in a very tangible way – including enthusiasm for the craft and the debate. The “accomplices” from Komplizen Film, Maren Ade, Janine Jackowski and Jonas Dornbach, share this passion just as much as the master of Chinese cinema Jia Zhang-Ke, whose country’s film and cinema landscape is undergoing a major transformation. And the audience will perhaps share the most collective moments at the three “Collective Gatherings” in HAU2: from the big “World Building Live” narrative workshop on Monday to the public acting class on Tuesday, ending with the Indonesian collective ruangrupa who recently took on the artistic leadership of documenta 2022 in Kassel. For them, “hanging out” is a curatorial principle that allows people to live together and with art. And of course, audiences can also look forward to meeting stars like Cate Blanchett and Helen Mirren who are coming to Berlinale Talents. The collective is huge. 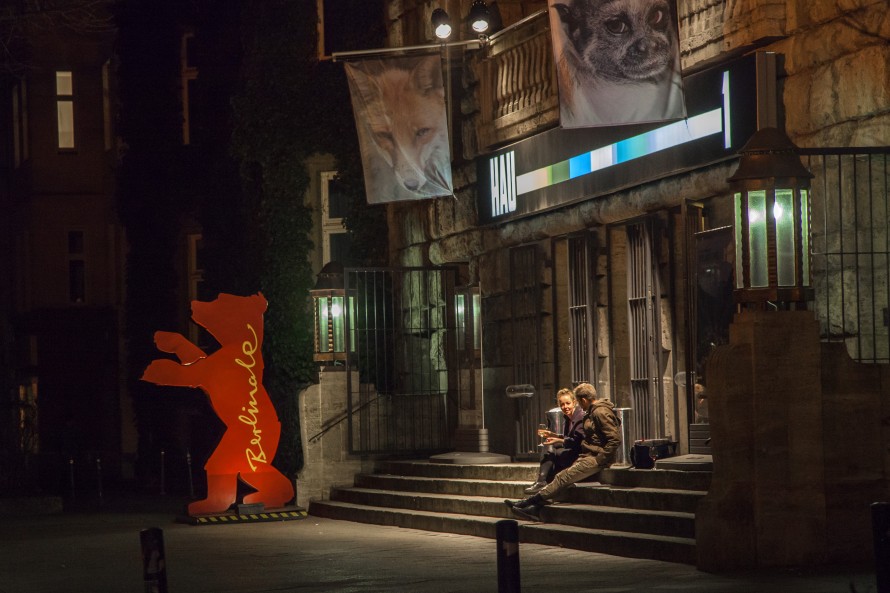 This year, there is also a very nice innovation: the “Talents Footprints – Mastercard Enablement Programme”.

CT: This programme is designed to support filmmakers in their implementation of social initiatives. For us, the terms “facilitating” and “enabling” have already been at the centre of our work for a long time: we want to encourage the talents and alumni to create their own film-related projects that will bring about positive change in relation to current social challenges. Mastercard is the perfect partner for this. We can now provide financial start-up support for project ideas but we can also offer a wide range of accompanying assistance – for example, via coaching.

Once again this year, you have equality when it comes to the participation of men and women.

CT: Yes, this year we’re welcoming 125 women, 123 men and seven filmmakers who prefer not to identify as male or female.

FW: Gender equality is laid down in our founding statutes. As far as I can recall, we have always had gender equality in our groups. The challenge is to achieve this balance across all the crafts. In some areas, especially in the so-called “technical” fields of work, it is sometimes more tricky. For this reason, we are all the more delighted by the true 50/50 gender balance in the Camera Studio this year.

Finally, a quick review with a preview: are there any alumni from last year who are returning to the festival this year?

FW: With a network that has developed over 18 years, you can say with almost absolute certainty that we will enjoy a very nice family reunion. Kokon by Leonie Krippendorff, the opening film for this year’s Generation 14plus competition, is a good example: a Berlin-based production whose script the director developed at Berlinale Talents. And the cinematographer, sound designers and co-producers are also alumni and some of them met each other for the first time here. In terms of sustainability, this is the best thing: the alumni promote themselves and support each other – and for that, they receive a warm hug from us.