The Berlinale: A Constantly Evolving Festival 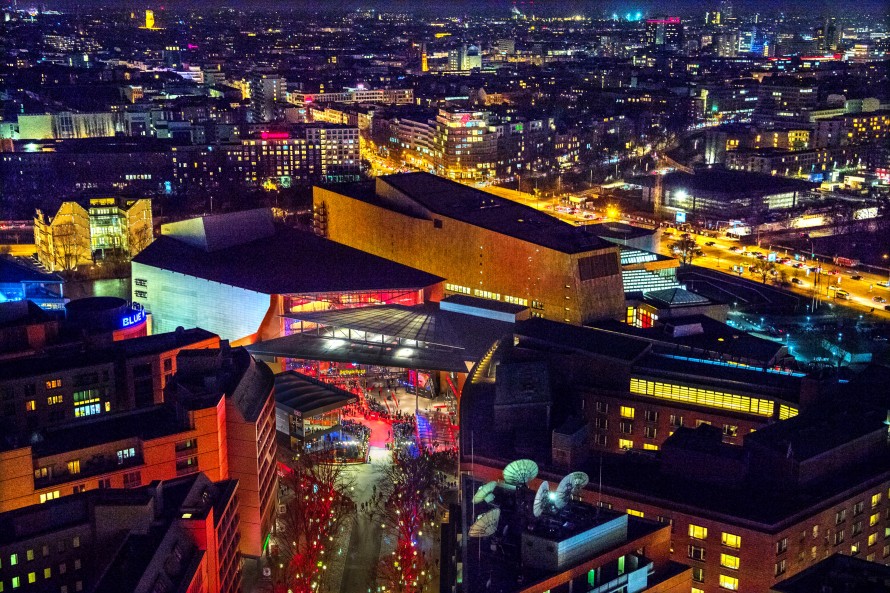 The Berlinale is a unique place of artistic exploration and entertainment. It is one of the largest public film festivals in the world, attracting tens of thousands of visitors from around the globe each year. For the film industry and the media, the eleven days in February are also one of the most important events in the annual calendar and an indispensable trading forum.

The Berlin International Film Festival enjoys an eventful history. The festival was created for the Berlin public in 1951, at the beginning of the Cold War, as a “showcase of the free world”. Shaped by the turbulent post-war period and the unique situation of a divided city, the Berlinale has developed into a place of intercultural exchange and a platform for the critical cinematic exploration of social issues. To this day it is considered the most political of all the major film festivals.

The Berlinale brings the big stars of international cinema to Berlin and discovers new talents. It accompanies filmmakers of all disciplines on their paths into the spotlight and supports careers, projects, dreams and visions.

Thanks to its numerous industry initiatives, the Berlinale is a significant driver of innovation and an important economic factor internationally as well as for companies in Germany and Berlin.

The Programme: Diverse, Independent and Daring

Every year, around 400 films of all genres, lengths and formats are shown in the various sections and special presentations of the Berlinale. Across the spectrum from feature films to documentary forms and artistic experiments, the audience is invited to encounter highly contrasting milieus, ways of life and attitudes, to put their own judgements and prejudices to the test and to reinvigorate their experience of seeing and perceiving in the realm between classic narrative forms and extraordinary aesthetics. The programme also thrives on an intense dialogue with its audiences. A rich array of spoken-word events, audience discussions and expert panels facilitate an active participation in the festival.

The Berlinale at a Glimpse

The Film Industry at the Berlinale