On the 70th Anniversary of the Berlinale

“It’s a very special honour for us as the new directors to start directly with such a great anniversary. We would like to keep the Berlinale as a festival for the public and for Berlin and we’re looking forward to new encounters and fresh perspectives,” said the new co-directors. “The 70th Berlinale should be the beginning of an increased exchange with other cultural locations and institutions.”

For this reason, a series of events are taking place in the first half of February that complement the festival which celebrates its opening at the Berlinale Palast on the evening of February 20. These events take a look at the past, the present and also the future of cinema and its practitioners, with a special focus on the Berlinale. 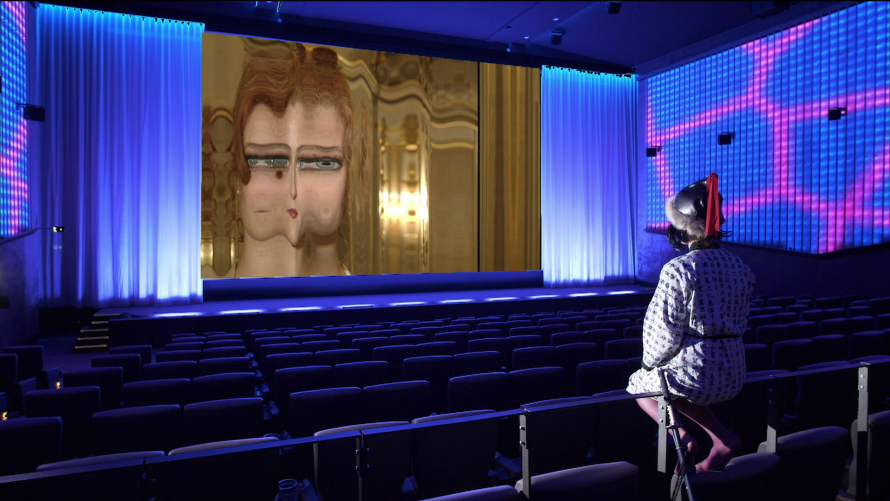 The Volksbühne theatre and the Berlinale are joining together to present the exhibition “The Theatre of Cinema” by Alexander Kluge. Conceived like a constellation of movements and acts, "The Theatre of Cinemas" is a multi-media exhibition unfolding on two floors of the Volksbühne that aims to explore the dialectic and complex relationship between Alexander Kluge and the seventh art. If the Greek theatron is the designated space for viewing, offering the possibility to listen, watch and observe, kinema embodies the idea of movement, but also of a movement that can effect change. For Alexander Kluge the Volksbühne represents a mutant “kinematic theatron” that has challenged the main principles of his oeuvre – simultaneity, polyphony and montage – and contributes to define his artistic politics of time and to change the way we perceive and experience both art forms. "The Theatre of Cinemas" gives the spectator a unique chance to inhabit the theatre’s common spaces such as its waiting rooms, salons, wardrobes and foyers, thus tracing a personal and surprising take on the history of cinema that works like a machine à penser.

14th Academy Discussion: What are Film Festivals for?

Too big, too small, too political, too superficial… opinions on contemporary film festivals are diverse and controversial.
As part of the Academy Discussions series, filmmaker and president of the Academy of Arts Jeanine Meerapfel will be debating new ideas and future developments with the artistic directors of top international film festivals. Her guests are Carlo Chatrian, Karel Och (Karlovy Vary) and Eva Sangiorgi (Viennale). The evening will be hosted by Andreas Kilb.

The discussion will take place in English with simultaneous translation into German and French.
In collaboration with the Goethe-Institut.
www.adk.de/en

Danny Elfman at the Philharmonie Berlin: German Debut of his Piano Quartet 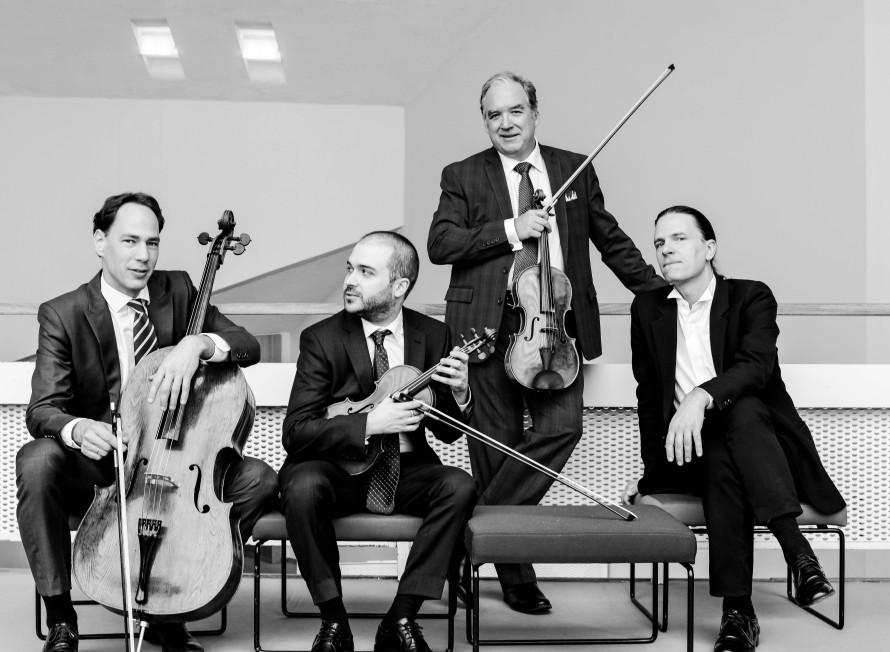 Composer Danny Elfman has dedicated his career to the world of film scores. For director Tim Burton’s films, which are full of fantasy and frequently steeped in ridiculous, dark humour, he has created congenial, grandly orchestrated auditory artworks, including the scores for cinematic classics such as Edward Scissorhands, Nightmare Before Christmas, Mars Attacks!, Batman and Batman Returns, and Corpse Bride. He composed the famous theme tune for The Simpsons TV series and, in 1990 worked with Madonna and Warren Beatty on the film adaptation of the Dick Tracy comic strip. From 2004 onwards, he shaped the musical score of the cult series Desperate Housewives.

The performance of Elfman’s piano quartet by the Berlin Philharmonic piano quartet at the Philharmonie is preceded by an interpretation of the blissfully melodic “Phantasy Quartet” by British composer Frank Bridge. The evening will close with Johannes Brahms’ “Piano Quartet Nr. 1” which explores in to symphonic dimensions and was created in 1861.
www.berliner-philharmoniker.de/en 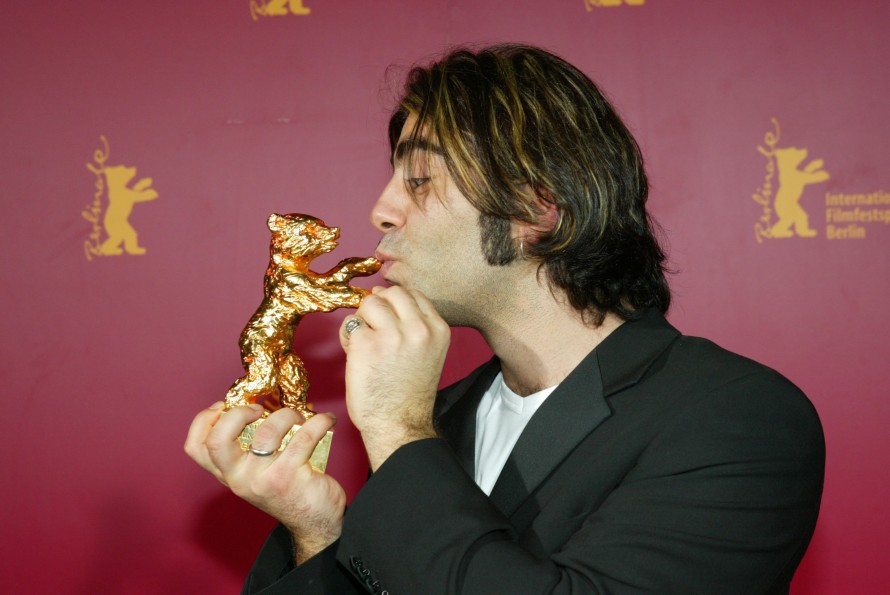 The Berlinale and the German Film Award are both turning 70 – and are celebrating their anniversaries with a special evening at the cinema: a screening of Head-On with director Fatih Akin who won a Golden Bear and five German Film Awards with the film in 2004.
Akin’s triumph at the 54th Berlinale was perceived as a sensation by many observers at the award ceremony. No German film had won the top prize since Reinhard Hauff’s Stammheim in 1986. It led to speculations of a new flowering of German cinema - and this in reference to a film that posed questions about “German identity”. Akin’s self-destructive amour fou has lost none of its force, urgency and currency in the 16 years since.

Following the screening of the film, Carlo Chatrian and Fatih Akin will engage in conversation on stage.

World Premiere of the Film Numbers by Oleg Sentsov, Followed by a Discussion

The Berlinale and the Gorki celebrate together the world premiere of Oleg Sentsov’s film Numbers. The Ukrainian director has been a name to Berlinale visitors in the very least since Askold Kurov’s documentary The Trial: The State of Russia vs Oleg Sentsov which screened in the 2017 Berlinale Special. The film director and activist was arrested on suspicion of terrorism in Russia in 2014 and, following a show trial, sentenced to 20 years in prison. He was only released again in 2019.

Based on Sentsov’s eponymous theatre play, Numbers – made while he was still in prison – is a bitterly angry dystopian story and parable: ten numbers obey strict rules and are manipulated by their leader and the so-called ‘Zero’. Thanks to Seven, they manage to overthrow the repressive regime. But will the revolution really set them free?

Oleg Sentsov will be present at the premiere. After the screening, he will talk about the film and the circumstances of its creation.

Dialogue at “On Transmission” 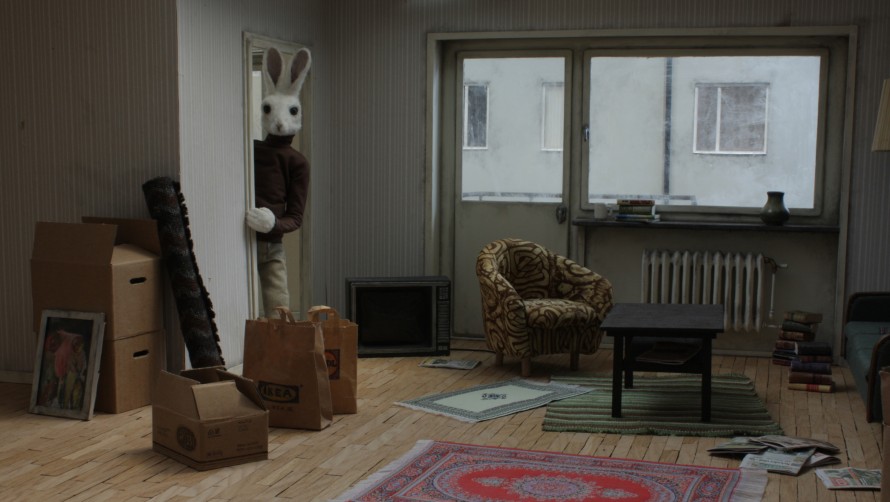 During the 70th Berlin International Film Festival, the anniversary will be celebrated with the special programme titled “On Transmission”.

“‘On Transmission’ was created with the desire to not only present important, timeless films from the festival’s history, but also to connect them with others. Thanks to the contributions of seven directors who left a special impression on the festival, we created a programme whose focal point is exchange in the form of a conversation between two directors,” said Carlo Chatrian.

The Artistic Director has invited seven notable directors who will in turn each bring a guest to discuss cinematic art. Each conversation will be framed by two film screenings: the film by the contributing director and a contemporary work they have chosen.

Sharing stories, experiences and knowledge: every great film that has influenced cinema history takes something from the past, processes it and presents it in a new way for the next generation. Artists do not work in isolation; their work is the result of their own capabilities and their technique of filtering the works of others.

The venue is the Akademie der Künste on Hanseatenweg.