With film and theatre actor Jeremy Irons serving as Jury President, the International Jury will decide who will receive the Golden Bear and Silver Bears of the 2020 Berlinale Competition. The other members of the jury are actress Bérénice Bejo, producer Bettina Brokemper, director Annemarie Jacir, playwright and filmmaker Kenneth Lonergan, actor Luca Marinelli, and director Kleber Mendonça Filho. 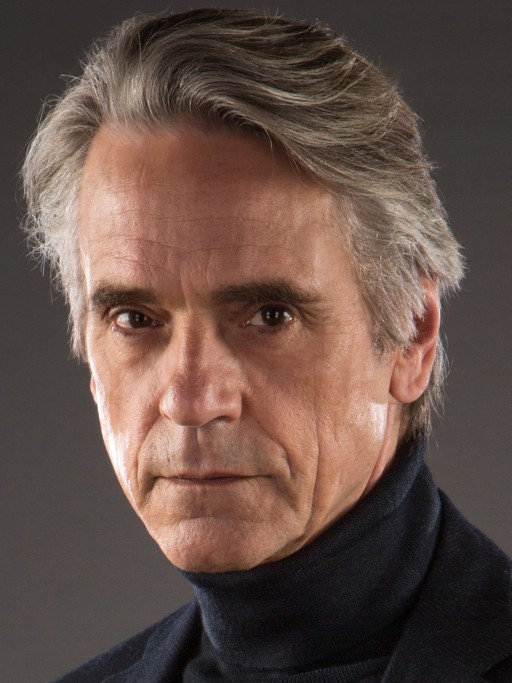 Jeremy Irons is one of the most distinguished character actors in the international film and theatre world. He achieved worldwide recognition in front of the camera in 1981, notably for his leading role in the series Brideshead Revisited and for the Victorian drama The French Lieutenant’s Woman (1981) by Karel Reisz, in which he starred together with Meryl Streep. Previously, he had been best known as a theatre actor, including performances at London’s West End. As a member of the Royal Shakespeare Company, he remained loyal to the theatre, even following his successful screen debut. Jeremy Irons has gained numerous international film honours during the course of his career: For his portrayal as Claus von Bülow in Reversal of Fortune by Barbet Schroeder, he received both the Golden Globe and the Oscar for Best Actor in 1991. In 2006, he was also awarded a Golden Globe for Best Supporting Actor in the series Elizabeth I. He is also the recipient of an Honorary César Award in 2002. In 2011, Jeremy Irons was a guest at the Berlinale for the first time, appearing as the main actor in the Competition entry Margin Call by J.C. Chandor. The actor returned to the festival in 2013 with Bille August’s Night Train to Lisbon, which the Berlinale showed out of competition. Jeremy Irons can currently be seen in the HBO series Watchmen. 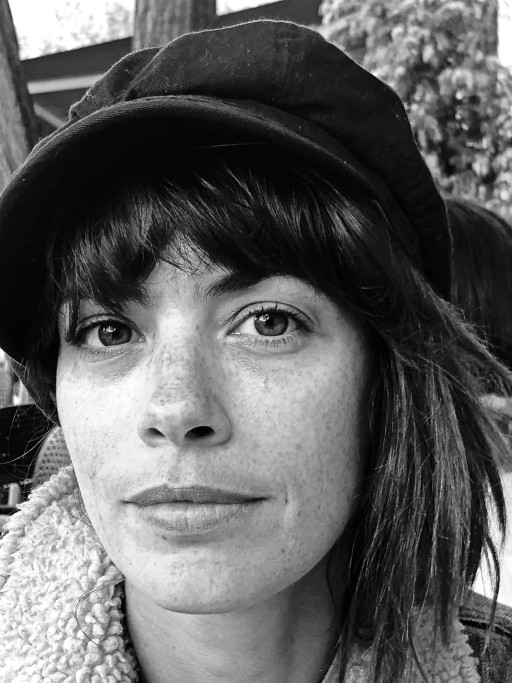 Born in Argentina, Bérénice Bejo moved to France at the age of three. Her acting career launched in 2000 with Meilleur espoir féminin (Most Promising Young Actress) by Gérard Jugnot. She had her international breakthrough in 2011 as the lead in the Academy Award winner The Artist (2011), directed by Michel Hazanavicius. For this role she was awarded the César as Best Actress and received recognition and awards worldwide, including a nomination for a BAFTA as Best Actress and a nomination for Best Supporting Actress at the Golden Globes and Oscars. Bejo is also known for her work in Le passé (The Past, 2013) by Asghar Farhadi for which she won the Palme for Best Actress. Her filmography also involves The Childhood of a Leader (2015) by Brady Corbet, Éternité (Eternity, 2016) by Trần Anh Hùng, L’économie du couple (After Love, 2016) by Joachim Lafosse, Fai bei sogni (Sweet Dreams – Fai Bei Sogni, 2016) by Marco Bellocchio and is currently working on Un drago a forma di nuvola by Sergio Castellitto and Shake Your Cares Away by Tom Shoval. 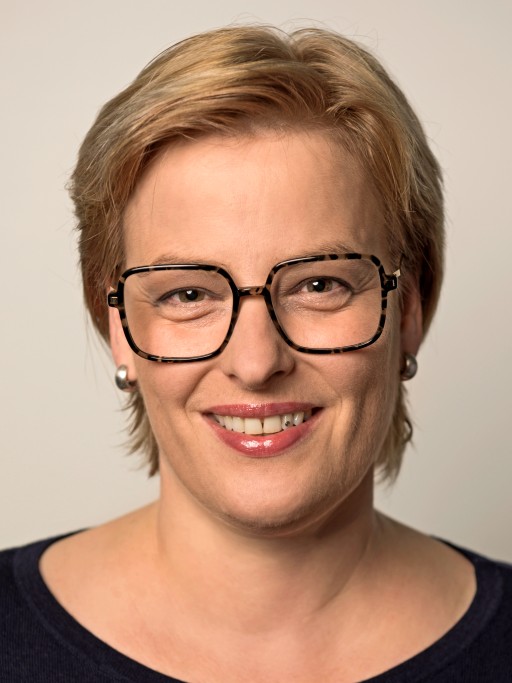 After studying production and media business at the University of Television and Film (HFF) in Munich and a longer stay in Los Angeles, Bettina Brokemper established herself as a producer in Cologne in 2001. Two years later, she – along with Helmut Hartl and Stefan Telegdy - founded Heimatfilm, her own company. Its productions include the Berlinale winner Bal (Bal – Honey, 2010) by Semih Kaplanoğlu; Margarethe von Trotta's worldwide success, Hannah Arendt (2012); Nicolette Krebitz's Wild (2015), which was highly acclaimed in Sundance; and most recently, Jan Bonny's Wintermärchen (Germany. A Winter’s Tale, 2018), which premiered in Locarno. Furthermore, as managing director of Zentropa Köln, Brokemper, who has often taught at various film schools and was awarded the Prix Eurimages in 2008, has contributed to co-producing all of Lars von Trier's films since Dogville (2003). She has also worked with many other directors, including Eran Riklis, Christoph Hochhäusler, Małgorzata Szumowska and Rupert Everett. 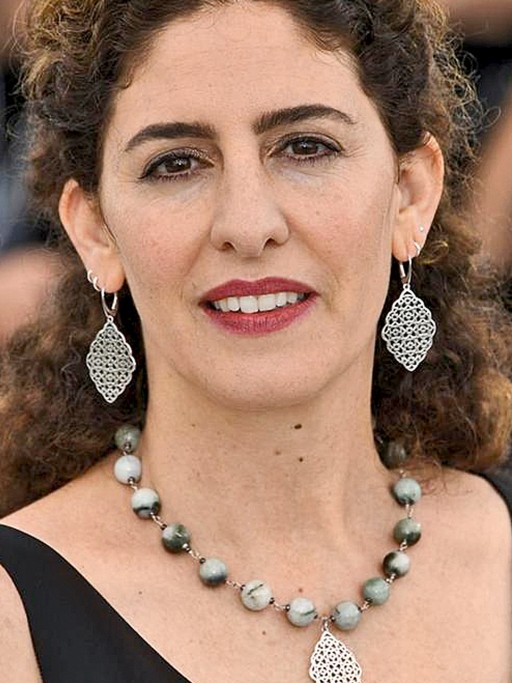 With her first full-length fiction film, Milh Hadha al-Bahr (Salt of This Sea), Annemarie Jacir was invited to take part in the official programme of the Cannes Film Festival in 2008. Her short film Ka'inana Ashrun Mustaheel (Like Twenty Impossibles, 2003) was screened there five years earlier, making it the first short film in Arabic ever selected in Cannes. Her second feature film, Lamma shoftak (When I Saw You), premiered at the Berlinale Forum in 2013 and won the NETPAC award for Best Asian Film; and Wajib was in the Locarno competition in 2017. All three of these films were selected as Palestinian entries for an Oscar. With a commitment to teaching and hiring locally, Jacir founded Philistine Films and collaborates regularly with fellow filmmakers as an editor, screenwriter and producer. In 2018, she was invited to join the Academy of Motion Picture Arts and Sciences and served on the Un Certain Regard jury in Cannes. Jacir recently co-founded the Dar Yusuf Nasri Jacir for Art and Research, an artist-run space in her hometown of Bethlehem.

Kenneth Lonergan is an American playwright and filmmaker best known for writing and directing Manchester by the Sea (2016), which garnered over 200 international nominations and awards, including an Oscar and BAFTA for Best Screenplay in 2016. His other films are Margaret (2011, extended version 2012) and You Can Count on Me (2000), which received Golden Globe and Oscar nominations for Best Screenplay. He is the co-writer of Gangs of New York (2002), which received international recognition with multiple awards and nominations including an Oscar nomination for Best Screenplay. Lonergan’s work for the theatre can be seen on Broadway, Off- Broadway, and internationally. His plays This Is Our Youth (1996), Lobby Hero (2001) and The Waverly Gallery (2000) all appeared on Broadway between 2016-2019, each nominated in turn for the Tony Award for Best Revival of a Play. His play The Starry Messenger was produced on the West End in London in 2019. Work for television includes the teleplay for the 2017 BBC mini-series adaptation of E.M. Forster's “Howards End”.

After graduating from the renowned Accademia Nazionale d’Arte Drammatica Silvio D’Amico in Rome and the first theatre engagement with Carlo Cecchi, Luca Marinelli played a leading screen role for the first time in Saverio Costanzo’s La solitudine dei numeri primi (The Solitude of Prime Numbers), which premiered at the Venice Film Festival in 2010. For Tutti i Santi Giorni (Every Blessed Day) by Paolo Virzi, he was nominated for many important Italian film prizes in 2013. Earlier that same year he had been honoured as a European Shooting Star at the Berlinale. Marinelli’s other standout roles were in films such as Claudio Caligari’s Non essere cattivo (Don’t Be Bad), which represented Italy at the Oscars in 2016; Lo chiamavano Jeeg Robot (They Call Me Jeeg) by Gabriele Mainetti, for which he received the David di Donatello Award for Best Supporting Actor in 2016 and Una questione privata (A Private Affair), directed by Paolo and Vittorio Taviani with its premiere at the Toronto International Film Festival in 2017. Most recently, he excelled under the direction of Pietro Marcello in Martin Eden, for which he won the best actor award at the Venice Film Festival in 2019.

In the 1990s, while still working full-time as a programmer, film critic and journalist for various media, Kleber Mendonça Filho began making his own short films. For Crítico, his documentary debut feature, the Recife-born Brazilian filmmaker gave 70 directors and critics a chance to speak their minds. O Som ao Redor (Neighbouring Sounds), Mendonça’s first fiction feature film, had its world premiere at the International Film Festival Rotterdam in 2012 and Brazil selected it as its entry for an Oscar. The film has been shown at over 100 festivals and “The New York Times” listed it as one of the ten best films of the year. Four years later, Aquarius, starring Sonia Braga, was invited to participate in the competition in Cannes. The film sold to more than 100 countries and was nominated for a César and an Independent Spirit Award. In 2019, Bacurau, Mendonça’s most recent work, co-directed and co-written with Juliano Dornelles, screened in the competition in Cannes and won the Jury Prize. Kleber is also artistic director of Janela Internacional de Cinema do Recife.

The International Jury is selected every year by the Artistic Director and presents the following awards:

Due to new findings regarding Alfred Bauer‘s position during the Nazi era, the Berlinale will suspend the "Silver Bear Alfred Bauer Prize" with immediate effect.

On the occasion of the 70th anniversary of the festival, the Berlinale 2020 will award a special prize: The Silver Bear - 70th Berlinale.

None of the Bears may be awarded ex aequo. The Jury may not award more than one prize to the same film, except in the case of the acting awards, which may be awarded in addition to any other prize (Golden Bear, Silver Bear Grand Jury Prize etc.).

In recent years, internationally recognised personalities from the world of film such as James Schamus, Wong Kar Wai, Mike Leigh, Isabella Rossellini, Werner Herzog, Tilda Swinton, Darren Aronofsky, Meryl Streep and Paul Verhoeven were invited to head the jury. Jury members include directors, actresses and actors as well as producers, but also writers and artists. One of the festive highpoints of every Berlinale is the presentation of the Bears on the penultimate day of the festival.